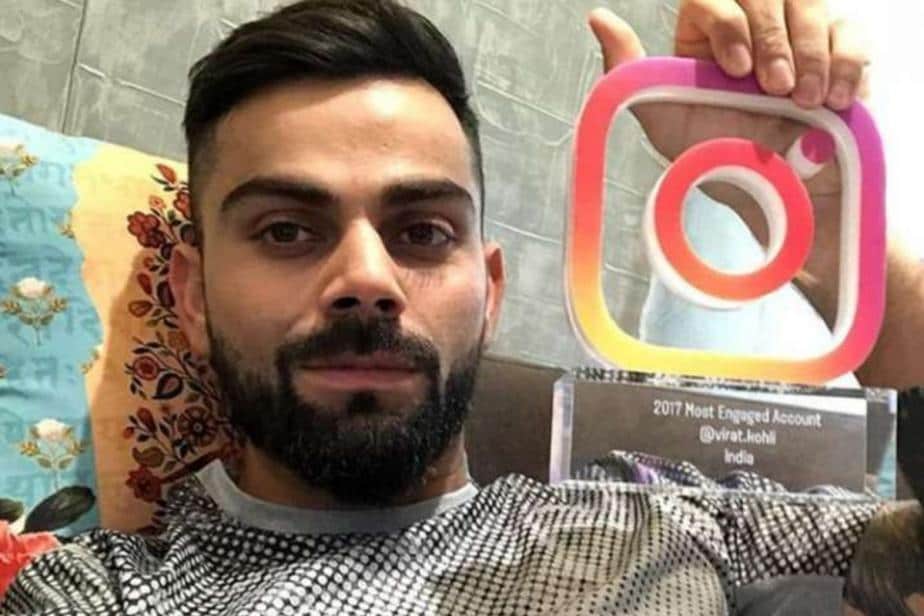 Virat Kohli's popularity continued to soar despite no live action on the field due to the Covid-19 pandemic.

Virat Kohli continued to scale new heights as the Indian captain became one of the most followed Asian celebrity on Instagram. His followers crossed 75-million mark on Instagram which is more than the likes of Priyanka Chopra (56 million) and Deepika Padukone (52 million).

Earlier this year in February, Kohli became the first Indian to cross 50 million followers on Instagram.  In 2017, he even received a trophy from Instagram for having the most engaging account in India.

Moreover, his overall net worth is reportedly estimated to be around ₹900 crore (USD119 million). Forbes have claimed that the cricketer earned ₹196 crore (USD26 million) last year. A major part of Virat Kohli's net worth comes from his own business investments and endorsements.

That also comprises his match fees which is estimated to be ₹7 crore per annum. The Virat Kohli salary figure lies around ₹24 crore (USD3.1 million) per year considering that he earns ₹17 crore (USD2.24 million) per season from the Royal Challengers Bangalore in Indian Premier League (IPL) as well.