Both Sunrisers and KKR finished their league engagements on 16 points each but the Gautam Gambhir-led side ended fourth behind Sunrisers due to inferior net run rate. 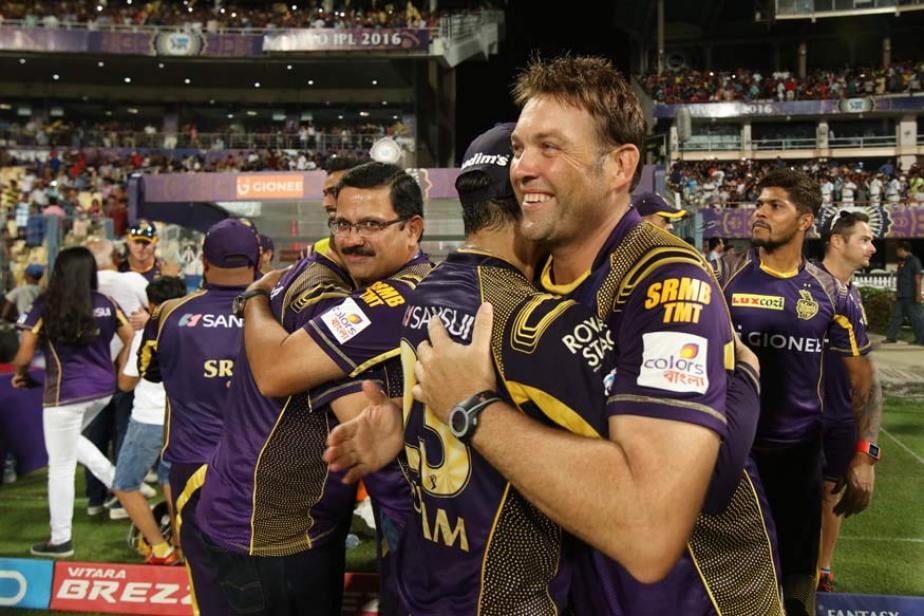 New Delhi: Two-time champions Kolkata Knight Riders would look to assert their supremacy while Sunrisers Hyderabad will have revenge on mind when the two teams clash in the Indian Premier League (IPL) Eliminator, here on Wednesday.

Both Sunrisers and KKR finished their league engagements on 16 points each but the Gautam Gambhir-led side ended fourth behind Sunrisers due to inferior net run rate.

But going into Wednesday's game, KKR have psychological advantage over the Sunrisers having beaten them on both the occasions during the league stage.

KKR spanked Sunrisres by eight wickets in their first meeting this season and came out victorious by 22 runs in a must-win match last Sunday to qualify for the play-offs. Going by records too, KKR enjoy edge having won the tournament twice in the past 2012 and 2014 and finishing in the Play-offs in 2011.

Sunrsiers, on the other hand, managed to secure a play-off berth in 2013 and would be gunning for glory this time around. Wednesday's match will also give Sunrsiers an opportunity to avenge their defeats to KKR.

KKR have been led from the front by Gautam Gambhir, who would be desperate to prove a point to the national selectors after being ignored for the tour of Zimbabwe and West Indies despite scoring consistently in the ongoing IPL.

Gambhir is the leading scorer for KKR with 473 runs from 14 games with five half-centuries. His opening partner Robin Uthappa (383 runs) and Yusuf Pathan (359) too shone with the bat but they too were being ignored for national call-up.

But KKR s young batsman Manish Pandey, who has scored 212 runs from 11 games so far, has been picked up for the Zimababwe tour and would be eager to justify his selection with another fine outing with the bat.

It also remains to be seen whether KKR s go-to man Andre Russell has recovered from his injury.

The big-hitting Jamaican all-rounder, who has two man-of-the-match performances this season, missed their last two games because of a leg injury and KKR would pray for his recovery ahead of the do-or-die clash.

Just when it seemed KKR is getting no more success from his spinners, Sunil Narine and young Kuldeep Yadav sizzled with three and two wickets respectively to script the win against Sunrisers in their last game.

Sunrisers, on the other hand, did not have the best of outing in their last two games. The Hyderabad outfit's confidence may have taken a dent due to defeats against Delhi Daredevils and KKR in their previous two matches.

Come Wednesday, the Sunrsiers have no option but to return to winning ways if they desire to make their maiden IPL final appearance.

Just like Gambhir, David Warner has been inspirational for Sunrsiers as captain. The Australian is the second highest run getter in the tournament, amassing 658 runs from 14 games.

Warner's opening partner Shikhar Dhawan has also found his mojo back after a slow start and has scored 463 runs with an unbeaten 82 being his highest.

Sunrisers also have the likes of Yuvraj Singh, Moises Henriques and Eoin Morgan who are yet to fire in the tournament. But their dazzling seam attack is left with a void after senior pro Ashish Nehra's hamstring injury ruled him out of the remainder of the season.

In Nehra's absence, left-arm pace duo of Barinder Sran and Mutafizur Rahim along with and Bhuvneshwar Kumar will have to put up a better show.

A win on Wednesday will not guarantee any side a place in the final as they will have to fight it out against the losing team of the Qualifier 1 between Royal Challengers Bangalore and Gujarat Lions in Bangalore on Friday.