Krunal Pandya Gets Emotional While Recalling His Late Father’s Prediction

His father passed away on January 16 this year and he was playing in the Syed Mushtaq Ali Trophy game on the day. 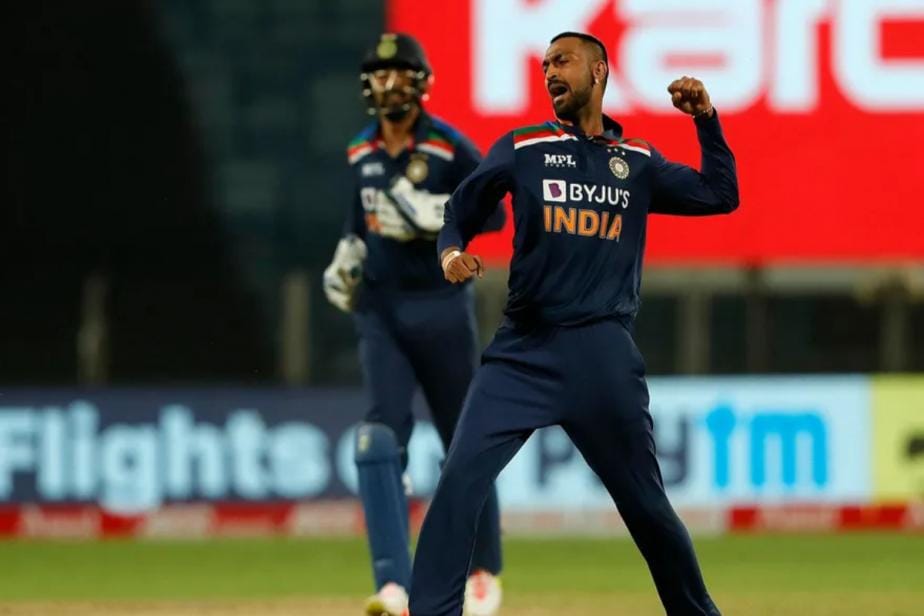 The recently concluded bilateral ODI series between Team India and England, which the hosts bagged by 2-1, also saw some new faces make news. Among them was Krunal Pandya, who smashed the fastest half-century by an ODI debutant (50 runs off 26 balls).

Krunal was included in the ODI leg against England and the 30-year-old had a dream come true moment when he was selected. Even though he made his T20I international debut in 2018, Krunal made his received his maiden ODI cap on March 23, 2021. In the first ODI against the Three Lions in Pune, Krunal playing in his debut ODI game went to smash 58 runs off 31 balls. However, he was emotional when reminiscing about his father who had predicted his “time will come”, and wasn’t around to cherish the moment. The southpaw-allrounder couldn’t hold his tears and broke down remembering his father, who died in January this year.

In a video posted by Indian Premier League (IPL) franchise, Mumbai Indians, Krunal opened about the relationship the brothers shared with their late father. He recalled the sacrifices his father made for both him and Hardik Pandya and went to add that they are “reaping the fruits of his efforts.”

Further in the video he says, “It has been difficult last two months as well because of what happened with dad. One thing which I have realised that I have got or which we have got as a family a lot of hard work has been done by that man.” The southpaw further added that it was his father who planted the seeds and made them “blossom” and they are “just reaping the fruits of his efforts.”

Krunal also revealed that his father passed away on January 16this year and he was playing in the Syed Mushtaq Ali Trophy game on that day. And two days prior to that game he had called Krunal after watching one of his knocks in the Syed Mushtaq Ali tournament, which was then underway in Baroda. He said that he has seen him “play from the age of six,” and after watching this knock is that “your time will come now,” Krunal added.

“So I was just joking around. I said dad I’ve been playing for the last five years. I’ve played for India (T20I), played well in the IPL and we just won the IPL trophy. And he said whatever you have done till now is fine, but I just feel that your time will come,”. These were his father’s last words to him and just two days later he passed away. “So somewhere down the line I feel that his presence is with me. I miss him in a good way, he was full of life in our family,” said Krunal.

Krunal’s magical knock was studded with seven fours, two maximums and he also stitched a crucial 112-run partnership with KL Rahul that allowed India to post a total 317 for 5, batting first. The hosts won the match by 66 runs.