KXIP vs MI Predicted XI Live Updates IPL 2020: All right, so that will be it from our side today. Are we heading for a run-fest? Do follow every ball LIVE with our blog at Cricketnext. Bye for now.

All right, so that will be it from our side today. Are we heading for a run-fest? Do follow every ball LIVE with our blog at Cricketnext. Bye for now.

Not much time left now, it will be clash among the explosive batters that are on offer on both sides. Kieron Pollard, KL Rahul, Mayank Agarwal, Rohit Sharma and many more.

Kings XI Punjab's Karun Nair has so far failed to fire. Shot to fame with his triple century just in his third Test, Karun Nair has flattered to deceive in the Indian Premier League. He holds a crucial position in the Punjab middle order but hasn't exuded confidence.

Here are the top run-getters in MI v KXIP clashes.

Beast on the prowl!

A lot is expected from Surya Kumar Yadav. A solid middle-order batsman, Yadav is known as ypical Mumbai 'Khadoos.' However so far he has been kept mum. Tonight, however, he will have a great opportunity to shake things up a bit.

In last five games, Mumbai have a clear edge.

This is what Kumble said: "Mumbai is a very strong team, a very settled team, they have been playing almost the same team since the last couple of years, we know their strengths, we have to bring in our A-game."

Meanwhile Kings XI Punjab's Anil Kumble is damn serious about tonight's game against Mumbai Indians. He has said that they have to bring out their 'A' game to beat Mumbai.

Pollard is getting ready.

When Kieron Pollard is at crease, no total is safe. When these two teams met at Wankhede in 2019, Mumbai hammered 133 in last 10 overs to chase down a mammoth 198-run target. Pollard starred with 83 off 31 balls.

Punjab opener are in full focus mode ahead of this big clash.

Meanwhile the Hitman is just 2 runs away from scoring 5,000 IPL runs. If Rohit Sharma does so he will be the third person to join this elite club after Suresh Raina and Virat Kohli. He also is on the cusp of scoring 600 runs against Kings XI Punjab.

KL Rahul would like to play as a floater. He will try and play the whole 20 overs. In last game against RR, he stayed put as Mayank Agarwal went after the bowlers. What happens tonight?

Mohammad Shami has effectively used his bouncers so far and he will be up against Rohit Sharma who is an excellent puller of the ball. We will have some exciting cricket on our hands.

Mohammad Shami can be excellent at the death. Remember what Mumbai Indians bowling coach Shane Bond had said. He said they would be targeting KL Rahul. Our advice, target Shami too.

Rohit can consider using Rahul Chahar against Mayank Agarwal. Agarwal can be vulnerable against the leggie. If he gets going, he will spell doom on Mumbai Indians.

📹 | All that you need to know about tonight’s big game in less than 150 seconds 💨#OneFamily #MumbaiIndians #MI #Dream11IPL #KXIPvMI pic.twitter.com/R6YlUVWZ1W

KXIP and MI would clash with one another in match 13 of IPL 2020 in Abu Dhabi on the 1st of October. Both teams would not give an inch and eagerly seek a win after suffering two defeats in three… What time will the IPL 2020 match between Kings XI Punjab vs Mumbai Indians begin?

The match will begin at 7.30 pm according to the Indian Standard Time (IST)

Which TV channels will broadcast the IPL 2020 match between Kings XI Punjab vs Mumbai Indians?

How do I watch live streaming of the IPL 2020 Kings XI Punjab vs Mumbai Indians match?

All matches of the Indian Premier League IPL 2020 will be live-streamed on Disney+ Hotstar.

In case you missed it.

The video of Uthappa purportedly applying saliva on the ball after he dropped Sunil Narine in the fifth ball of third over went viral on social media. 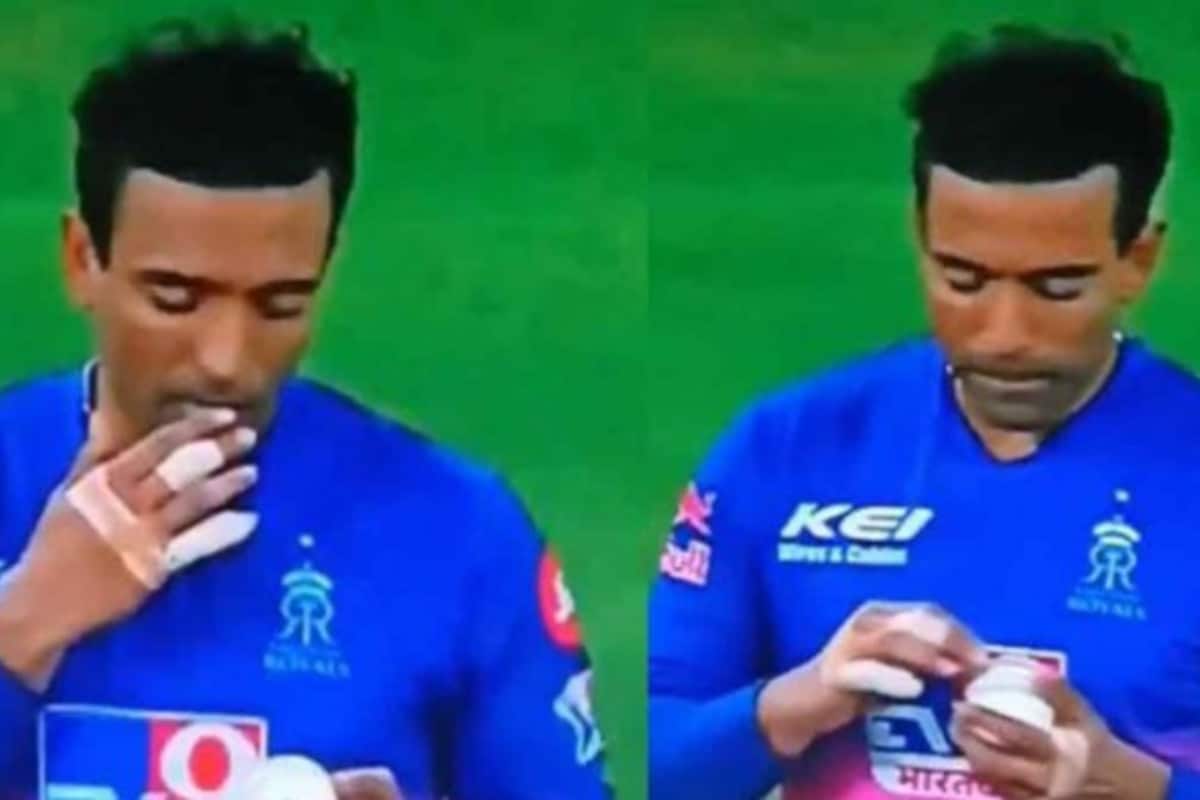 Meanwhile, here's an update from CSK's CEO on whether KM Asif breached the bio bubble. "I don't know if facts have been checked because while there is a reception in the lobby, the staff attending to the CSK unit is different. Asif obviously would not go and speak to the general staff. The boys know that there is a dedicated team working with the players. The fact he lost the key and went and asked for a replacement is true. But he didn't go to the regular staff working and went to the designated desk. The matter has been blown out of proportion and facts need to be kept in mind," CSK CEO Viswanathan told ANI.

Hello and welcome to all the coverage from IPL 2020. In this blog, we'll take you through all the happenings from the IPL, and beyond, through the day. A wrap of last night's proceedings first: Rajasthan Royals suffered their first defeat of the tournament to Kolkata Knight Riders. In the agenda for today: KXIP vs MI! 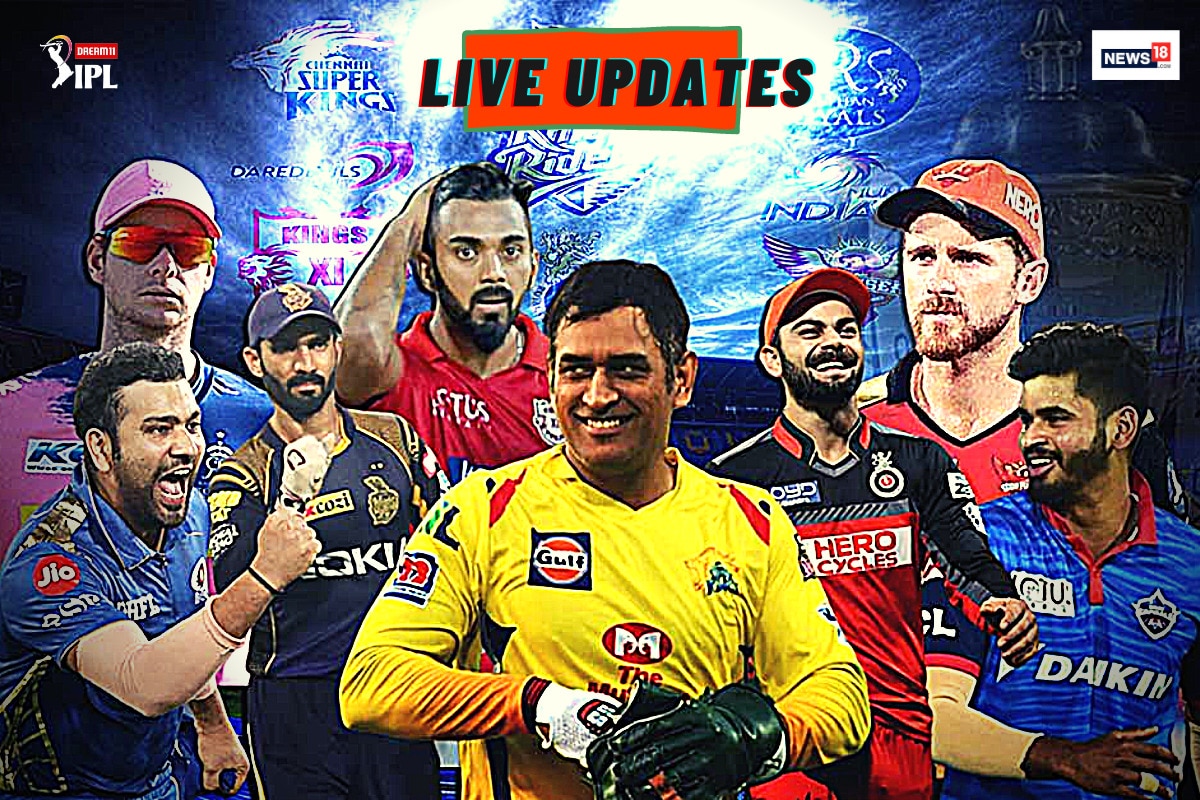 KXIP vs MI Predicted XI Live Updates IPL 2020: All right, so that will be it from our side today. Are we heading for a run-fest? Do follow every ball LIVE with our blog at Cricketnext. Bye for now.

Both Kings XI Punjab (KXIP) and Mumbai Indians (MI) would be eager to record their second win of the Indian Premier League (IPL) 2020 in Abu Dhabi on the 1st of October after suffering two defeats in three matches in the tournament thus far.

It could have so easily been 3 out of 3 for Kings XI. They handed Delhi Capitals (DC) the match in a Super Over in Dubai before Rajasthan Royals pulled off a record-breaking chase scoring 226 for a freakish win in Sharjah.

KL Rahul and Mayank Agarwal are amongst the three standout batsmen of the IPL so far – they are at number 1 and 2 in the run tally charts and have aggregated 222 and 221 at destructive strike rates of 156.33 and 170 in three matches. Both have already recorded a hundred and a fifty each in the tournament.

But KXIP would be wary that the law of averages would eventually catch up with their star openers and thus they need their middle order – the likes of Karun Nair, Glenn Maxwell and Nicholas Pooran to come up with significant contributions.

Mohammed Shami is the joint highest wicket-taker of IPL 2020 with 7 wickets from 3 matches. Sheldon Cottrell has also done well in two of the three encounters.

MI haven’t quite gelled together as a unit yet. There have been some individual sparks but for consistency in the IPL three to four players need to come up with significant contributions together in a match – that has not quite happened for MI yet.

Quinton de Kock is due for a big score at the top of the order. Hardik Pandya has looked a bit rusty in the three matches so far – he has just scored 47 runs in 36 balls at a modest strike rate of 130.55 – not good enough for his role and position.

Trent Boult has been the pick of the MI bowlers with 5 wickets at an economy of 7.67. But what might cause them a little stress is the form of Jasprit Bumrah – regarded as one of the finest bowlers in the world, the Indian seamer hasn’t yet found his mojo with the ball. He has picked just 3 wickets in three matches and has also been tonked a fair bit going at 9.75 runs per over.