The 35-year old has time and again proven to be a match-winner for Sri Lanka with his spells often single-handedly decimating the opposition batting. Here we look back at five of his best performances in ODI cricket.

Sri Lanka pacer Lasith Malinga will be retiring from ODI cricket after Sri Lanka’s first ODI against Bangladesh on July 26, bringing the curtains down on an immensely successful 50-over career.

Malinga will leave as Sri Lanka's third-highest wicket-taker in ODI cricket with 335 wickets in 219 innings so far. Only Muttiah Muralitharan (523) and Chaminda Vaas (399) have taken more wickets than Malinga in ODIs for Sri Lanka.

The 35-year old has time and again proven to be a match-winner for Sri Lanka with his spells often single-handedly decimating the opposition batting. Here we look back at five of his best performances in ODI cricket. 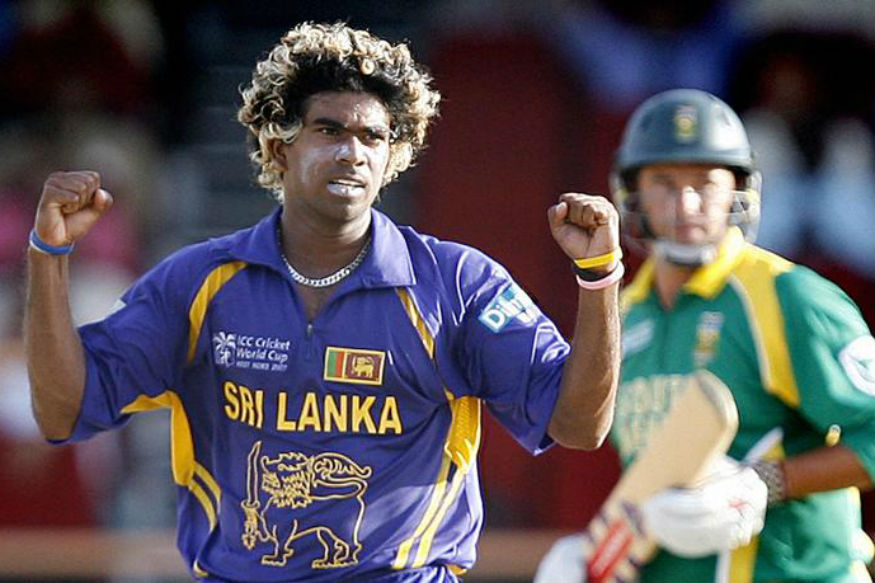 This particular spell didn’t end with Sri Lanka on the winning side of the game but it very nearly saw the Proteas collapse to an almighty loss in what was a straightforward chase that would have contributed even further to their ‘Chokers’ tag.

Chasing 210 to win in a 2007 World Cup Super Eights match, South Africa were cruising but Malinga got rid of Shaun Pollock and Andrew Hall off successive deliveries in the end of the 45th over before dismissing Jacques Kallis and Mkhaya Ntini in the first two balls of the 47th over.

Malinga got both a hat-trick and accomplished the feat of taking 4 wickets in 4 balls but South Africa ended up winning the match by one wicket.

Another match that saw a Malinga masterclass end in defeat for Sri Lanka, the veteran paceman rolled back the years to almost single-handedly run through one of the best ODI batting line-ups in modern limited-overs cricket.

Malinga got the dangerous Jason Roy early before removing Eoin Morgan for a well-made 91. He then got rid of Moeen Ali, Chris Woakes and Liam Dawson in quick succession to ensure England finished below the 300-run mark.

In the second innings, Sri Lanka lost early wickets and when rain ensured no further play was possible after the 29th over, England were declared winners by 31 runs (D/L method).

The first match of the 2010 Asia Cup was a low-scoring thriller that saw Sri Lanka emerge victorious thanks in no small part to Malinga, whose five-wicket haul helped them defend a par total to begin their campaign with a win.

Batting first, Sri Lanka could post only 242 in their 50 overs. Pakistan started the match poorly and were reduced to 32-4 after 13 overs thanks to double strikes from Malinga and Angelo Mathews before a Shahid Afridi counter-attack rebuilt their innings.

Afridi was eventually removed by Muttiah Muralitharan after a well-made century before Malinga ran through the lower order to complete a memorable win for the home team.

Sri Lanka were 2-0 down in the five-match series and needed a win in the third ODI to keep the series alive. A century from Upul Tharanga and another inspired spell from Lasith Malinga helped them do just that.

Batting first, Sri Lanka posted a respectable total of 286-9 thanks to Tharanga’s hundred. Malinga got things rolling in the second innings, getting Shane Watson early on before two wickets from Shaminda Eranga further dented the away team’s hopes of chasing the target.

Malinga would eventually remove both Michael Clarke and Michael Hussey before getting the last two wickets to seal a dominant 78-run win.

Malinga’s best-ever figures in ODI cricket came against a weak Kenya side in the 2011 World Cup but the sheer sight of watching the man bowl yorker after yorker with unerring accuracy makes this an excellent spell no matter the opposition.

Batting first, Kenya could only put up 142 as Malinga ran through the top and lower order of a side not used to playing a bowler like him. He took another hat-trick – his second in World Cup cricket – and the fans at Colombo enjoyed every wicket.

In reply, Sri Lanka lost just one wicket in pursuit of the target, getting the required runs in 18.4 overs to notch a massive win. ​