Learnt From Our Mistakes in Dharamsala, Kolkata: Dhawan

Indian batsmen have been found wanting against the moving ball of late but opener Shikhar Dhawan today insisted that they have learnt from the mistakes made in Dharamsala and Kolkata. 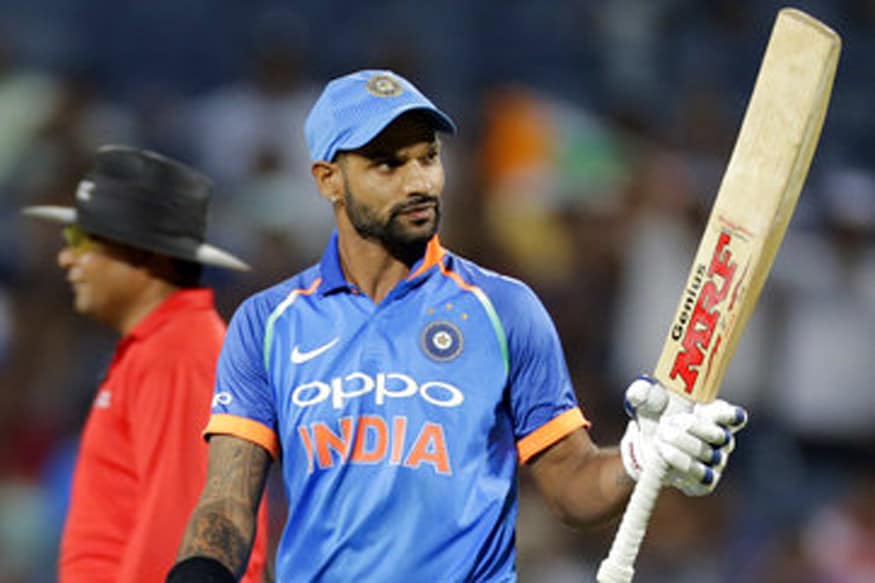 Visakhapatnam: Indian batsmen have been found wanting against the moving ball of late but opener Shikhar Dhawan today insisted that they have learnt from the mistakes made in Dharamsala and Kolkata.

The ordinary performance in pace-friendly conditions has raised question marks ahead of the South Africa tour beginning early month when India go into the three-match Test series without playing a single warm-up game.

"We have learnt a lot of things. Especially when we played in Kolkata (during first Test against SL) and in Dharamsala (first ODI)," said Dhawan ahead of the ODI series decider against Sri Lanka on Sunday.

"It was seaming and it was a damp wicket but we still went in with a positive intent and gave our best and of course, it didn't go our way but we all learnt from it. It's good sometimes when you fall, you learn a lots of things out of it," he added.

India bounced back to level the series in Mohali courtesy a third double hundred from captain Rohit Sharma. India made a bagful of runs in the second ODI but Dhawan said there were still important learnings to take from the game.

"The way we came back in the next game, in Mohali we felt that it was a damp wicket at the start but it wasn't. Still the ball wasn't coming on that well when we were batting at the start.”

"We took the pressure nicely and changed the game after ten overs. As I said, it's always a learning curve, we are learning and we are going to get better from here," the left-handed opener said.

The southpaw was also all praise for his opening partner Rohit, who has led from the front in his first full series as captain.

"He has only been captain for two matches but I've known Rohit from a long time and I know what his character is like.

"He is a very chilled out captain and tells us to keep the basics right, we all know our roles, we just have to give our best and hats off to him for the way he performed in the last game. Very happy about it," said Dhawan.

On what he thought of the captain's unbeaten 208, Dhawan said: "Rohit and I have played for a long time. He is one of the best opening batsman I have played with."

The stylish opener conceded that there is pressure ahead of the series decider tomorrow but the team is used to it.

"We are a strong side and we believe in our ability and our skill, we are going to go out and play it like any other game, just do the basics right."

At the same time, Dhawan expects the Sri Lankans to be better prepared after their loss in Mohali though the home team will be ready for the challenge.

"When you attack the opposition and the players we are, the calibre we have got once we are in. Once I am in, I can demolish any side because that is my strength."

"And even Rohit, once he gets settled, he scores big. Of course any opposition can have plans when they lose, they will learn out of it and will come out with a better mindset, we know about it, we will be aware of it because we know they will come out with strong plans for us," he said.

Dhawan further said that he loves Visakhapatnam, having done well in the Deodhar Trophy to fight his way back into the national squad.

"I've always loved coming back to Vizag. Very beautiful city, very clean city and of course the property in which we are living, it has the sea in front of us, it's beautiful.

"And of course I did well in the Deodhar Trophy as you said and after that there was a drastic change in my career. As they say, Vizag is a city of destiny isn't it? It has been good for me and I always enjoy coming here, he signed off.