England may play a number of uncapped players in next month's Test series against New Zealand so as to keep regulars in the squad as fresh as possible for the Ashes that begins in December. England and Wales Cricket Board's (ECB) director of cricket, Ashley Giles said that the only certainty in the coming months is the amount of cricket England's all-format regulars will be playing with the five-Test series against India, the T20 World Cup scheduled for October-November, and the Ashes.

Not so good news for Michael Hussey: Hussey, who was the bating coach of CSK in the postponed 2021 Indian Premier League (IPL) and was possibly infected during his stay in New Delhi, had earlier got a negative result in his second test but tested positive in the third round, according to The Australian.

"I am hopeful. Who wouldn’t be? But I know that much when the right time comes, things will fall into place. I have never rushed into things. If I get it this year, I will happy and if not then will try again next time" - Arzan Nagwaswalla on representing India. Nagwaswalla has been picked as a standby player for the Indian team's tour of England.

Meanwhile, PTI reporting that Hardik Pandya could be in contention for captaincy as well, along with Shikhar Dhawan. If Shreyas Iyer is fit, he becomes an automatic choice. Plenty of options for the selectors.

So, reports coming in that Shikhar Dhawan could lead India in Sri Lanka. Bhuvneshwar Kumar, Prithvi Shaw, Hardik Pandya and Ishan Kishan could be in the white-ball squad too. India are set to play white ball specialists in Sri Lanka even as the Test team will be in England. Three ODIs and three T20Is - all in Colombo.

In a latest, while all the Indian players are getting vaccinated, Smriti Mandhana and Dinesh Karthik too got their first doses of vaccine.

“If we talk about batsmen — Rohit Sharma, Shubman Gill, Virat Kohli, Ajinkya Rahane, Cheteshwar Pujara, Rishabh Pant — there’s a proper band of proper batsmen who can bat well in England. Everyone scored runs, and there is a spare batsman in KL Rahul. Imagine KL Rahul not finding a space in the Test squad, so how strong this squad could be,” Patel told Star Sports.

India have all the bases covered for the World Test Championship (WTC) final against New Zealand, said former wicketkeeper Parthiv Patel. Parthiv said that the fact that a batsman like KL Rahul is not finding a place in the squad shows how strong the batting lineup is.

One of world's best bowler, Jasprit Bumrah too received his first dose of the vaccine of Tuesday.

“The only way to win the war against this pandemic is to have an armour of the Vaccine. Got my first Jab today !! I urge all of you to please get your vaccination done asap. We all want our lives back to the normal,” said Kaul in a tweet.

Fast bowlers Deepak Chahar and Siddarth Kaul said that they have both received their first dose of the Covid-19 vaccine and urged others to do the same as soon as possible. “Got my first dose of COVID vaccine today. I urge you all to get vaccinated as soon as possible. And a big thanks to our police, doctors and all the frontline staff for taking care of us. I hope we recover soon from this COVID pandemic,” Chahar tweeted on Monday.

Players and staff felt safe in the Indian Premier League’s (IPL) bio-bubble but travelling was always going to be a challenge, said Mumbai Indians fielding coach James Pamment. Pamment was one of several players, coaches and officials from New Zealand who arrived back in the country on Saturday after the postponement of the 2021 IPL.

In a conversation with Cricbuzz, Shami revealed that he and Ishant can spend hours joking around and reminiscing fun times and the entire Indian team waits for them to get started with their acts.

Mohammed Shami says the current bunch of India pacers likes to joke around and poke fun at each other’s expense. However, he adds that unlike Ishant Sharma, Umesh Yadav and Bhuvneshwar Kumar, Jasprit Bumrah is a slightly serious character and at times he takes some jokes to heart.

There is no certainty on when the remainder of the 2021 season of the IPL would be completed. There is a window post India’s tour to England in September and another one after the World T20 in mid-November but logistics, prevailing Covid situation, the host nation and the availability of the overseas players are some of the pressing issues that would need to be considered.

Often in the limelight for his outspoken nature, Pietersen stated that although he had left India post the suspension of the league, his heart and mind was still with India and its people and he had them in his thoughts. He added that India had given him a lot of love and affection over the years and urged people to maintain all safety measures during the Covid-19 pandemic. In a heartfelt tweet in Hindi, the flamboyant batsman further stated that the tough time will pass over the country but the people still have to remain vigilant and not let their guard down.

The Indian Premier League (IPL) 2021 came to a sudden halt after the BCCI was forced to suspend the coveted league mid-way with the emergence of Covid-19 positive cases amongst a number of players and support staff members. Former England batting superstar and one of their all-time greats, Kevin Pietersen, who was a member of the commentary panel with Star Sports left India along with several other players, coaching staff and officials but had the country and its people in his thoughts.

“Unless we honestly review the strengths and weaknesses of our team we cannot improve. Zimbabwe was no match for us but what is worrying is we still lost a T20 match to them,” Khan said. “South Africa were without six or seven of their main players in the white ball series yet we lost matches to them also. That is something we need to look at closely. I don’t think we gained anything from winning the Test series against Zimbabwe,” he added.

Pakistan return home with dominating performances on African tour where they bested South Africa and Zimbabwe. However, former Test batsman, head coach and chief selector Mohsin Khan said the team management needs to look why Pakistan ended up losing matches despite playing a depleted South Africa and a weak Zimbabwe. 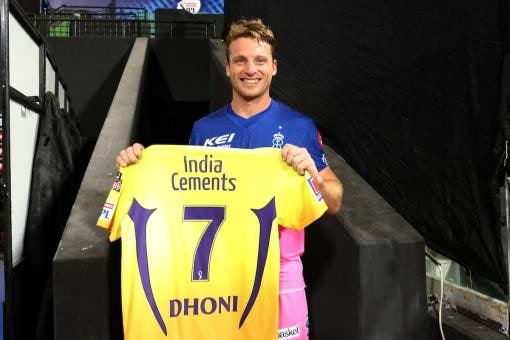 The India Test squad has been told clearly to isolate themselves till the time they assemble in Mumbai and board flight to England and those testing positive for the coronavirus can consider their tour over. Last week, BCCI named a 20-man squad for the England tour where they will play six Tests including the final of the ICC World Test Championship against New Zealand.

India’s limited-overs tour of Sri Lanka will see them playing three ODIs and as many T20Is in July with all the matches to be played in Colombo’s R Premadasa Stadium behind closed doors. BCCI president Sourav Ganguly had last week revealed that white-ball specialists will be touring the island nation for a limited-overs tour while the Indian Test team will be in UK.

“We plan to host the entire series at one venue,” Sri Lanka Cricket’s Administrative Committee chairman Arjuna de Silva told Sportstar. “As of now, it has been decided that the Premadasa Stadium will host the fixtures. Obviously, it depends on how the situation is around that time.”