DC vs PBKS live score: DC 198-4 in 18.2 overs: DC WIN BY 6 WICKETS. Marcus Stoinis finishes it in style with a boundary. Easy win for DC in the end. RIley Meredith and Mohammed Shami expensive for PBKS. KL Rahul's strike rate under scanner again. DC have 2 wins in 3 games, while PBKS have only 1 win in same number of matches.

DC vs PBKS live score: DC 188-4 in 18 overs: DC need only 8 runs in 12 balls. Only formalities left in the game. Lalit Yadav increasing his confidence with a cameo. Swept Richardson for a boundary.

DC vs PBKS live score: DC 160-3 in 16 overs: Another economical over by Arshdeep Singh, he concedes just 8 runs this tie. Delhi Capitals now need 36 runs in 24 balls. Marcus Stoinis and Rishabh Pant in the middle.

IPL 2021 Live DC vs PBKS: DC 152-3 in 15 overs: Could this be the turning point of the game? Jhye Richardson cleaned up Shikhar Dhawan and suddenly two new batsmen are in the middle. Can Punjab Kings win this match from here?

Live score DC vs PBKS: DC 152-3 in 14.5 overs: WICKET! A big big wicket for Jhye Richardson and Punjab Kings, Shikhar Dhawan is cleaned up. He departs for 92.

DC vs PBKS live score: DC 143-2 in 14 overs: Riley Meredith with his second over and he was welcomed with three back-to-back boundaries by Dhawan. Then he bowled a wide which went for another boundary. Then in 5th ball, a catch fell just short of KL Rahul. 4,4,4,4+wd,1,0,0

IPL 2021 Live DC vs PBKS: DC 125-2 in 13 overs: Punjab Kings' strike bowler Mohammed Shami was brought in by KL Rahul but it looks like it is not the Indian quicks day. It was a decent over, however, he did not look threatening at all.

Live score DC vs PBKS: DC 117-2 in 12 overs: Jalaj Saxena has just one over left and he has already conceded 27 runs. The over was going well for the Punjab Kings but gave away a boundary in the very last ball.

DC vs PBKS live score: DC 107-2 in 11 overs: Another scalp for Punjab Kings, Riley Meredith picks up Steve Smith's wicket in his very first over. Smith departed in the very last ball of the 11th over but before that Dhawan had hit Meredith for a beautiful boundary.

IPL 2021 Live DC vs PBKS: DC 99-1 in 10 overs: A good over for Delhi Capitals after a while, Shikhar Dhawan completed his fifty  in this over and then hit Jhye Richardson for a six over deep square.

DC vs PBKS live score: DC 87-1 in 9 overs: A lucky escape for Shikhar Dhawan as the inside edge instead of hitting the stumps went for a boundary. He then hit Hooda for another four, this tie through the offside.

IPL 2021 Live DC vs PBKS: DC 75-1 in 8 overs: Jalaj Saxena was re-introduced and this time he gave away 7 runs. He had an LBW appeal rejected, well the replays showed that the ball was pitching outside leg-stump.

Live score DC vs PBKS: DC 68-1 in 7 overs: The run flow has stopped for Delhi Capitals after Prithvi Shaw was dismissed by Arshdeep Singh. Deepak Hooda was given the ball and he gave away just 6 runs in his first over.

Live score DC vs PBKS: DC 57-0 in 5 overs: FIFTY UP for Delhi Capitals inside 5 overs. Shikhar Dhawan and Prithvi Shaw are really testing the PBKS bowlers with some good cricketing shots especially, Prithvi. Both of his sixes have been a treat to watch.

DC vs PBKS live score: DC 43-0 in 4 over KL Rahul introduced the fourth bowler in the form of Jhye Richardson. The Australian started off brilliantly but then Prithvi Shaw hit him for a boundary and an exquisite six. He conceded 12 in his first over of the night.

IPL 2021 Live DC vs PBKS: DC 31-0 in 3 overs: Debutant Jalaj Saxena was brought in by KL Rahul. This all-rounder from Madhya Pradesh could have got his first wicket but the ball fell short for Arshdeep who was at short fine-leg. He conceded 10 runs in his very first over of IPL. 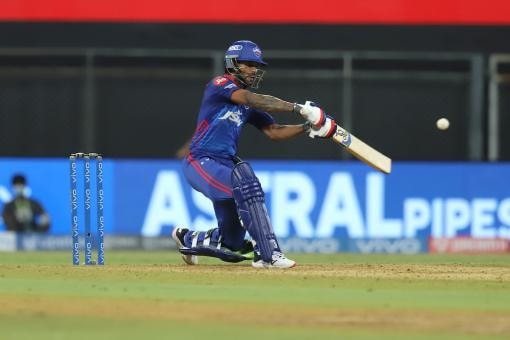 DC vs PBKS Live Cricket Score: DC vs PBKS live score: DC 198-4 in 18.2 overs: DC WIN BY 6 WICKETS. Marcus Stoinis finishes it in style with a boundary. Easy win for DC in the end. RIley Meredith and Mohammed Shami expensive for PBKS. KL Rahul’s strike rate under scanner again. DC have 2 wins in 3 games, while PBKS have only 1 win in same number of matches.

The top order of the Capitals had a rare bad day against some exceptional swing bowling by Jaydev Unadkat and would look to restore normalcy when they face the Punjab Kings on Sunday. Prithvi Shaw and Shikhar Dhawan were in cracking form against CSK while Rishabh Pant gave glimpses of his prowess against the Royals. Marcus Stonis hasn’t started well in the tournament – DC need him to provide the impetus in the lower-order.

Chris Woakes has been the best bowler for the Capitals thus far. He has picked wickets with the new ball and been brilliantly restrictive, Avesh Khan has also impressed with his pace and returns in both the matches. Tom Curran has been expensive and may be replaced by Anrich Nortje who has rejoined the squad after testing negative for Covid-19.

KL Rahul would like to forget about their last outing in Mumbai where they were restricted to 106 for 8 courtesy some brilliant swing bowling by Deepak Chahar. Mayank Agarwal needs some runs and maybe it would be a good idea to swap his position with Chris Gayle.

Nicholas Pooran is wasted at number 5 and should be sent a position earlier. Another option would be to include T20 specialist Dawid Malan and bat him high up in the order. Shahrukh Khan lived up to his name against CSK and is a good find for Punjab Kings.

Mohammed Shami has been the pick of the bowlers and has picked 4 wickets in the tournament thus far. Riley Meredith made a good comeback after being hammered in his first encounter. Murugan Ashwin has been expensive and maybe replaced by Ravi Bishnoi. Jhye Richardson has not picked wickets and gone for a few and Moises Henriques might be drafted in his place.