The match has officially been called off due to the unrelenting rain, which means India will contest their first-ever T20 World Cup final. Not what England fans wanted to hear and the debate over having no reserve days is definitely going to rage on.

It is worth noting that should both semis be washed out, we will see the crowning of first-time T20 World Champions since neither India nor South Africa have ever lifted this trophy before.

The rain has not stopped and there will be more than a few stomachs churning in the England camp. Remember, they absolutely need a match to happen today otherwise they are eliminated if the rain carries on.

Yes, not much has changed.

The rain has not abated in the slightest and as a result, the toss has officially been delayed. The cut-off time for the toss taking place is 4:36 PM local time - or 11:06 AM IST. Match must start 15 mins later and it needs to be a minimum 10-a-side game.

Also if the match is washed out, India make it to the finals on virtue of finishing top of their group.

To complete a 10 over a side match, the toss must be held by 4.36pm local time, and play must commence by 4.51pm local time.

We will keep you updated as the day progresses.#INDvENG | #T20WorldCup pic.twitter.com/MVUfMBcuC4

India have been the best side so far and they would be seeking their maiden final appearance in the showpiece's history with a win over England on Thursday. In the earlier seven editions, India have never reached the final but this time, they have emerged as serious title contenders after a string of superlative performances.

Exactly what fans didn't want to hear (or see).

Firm title contenders after a sensational unbeaten run in the group stages, India will have to ensure a solid all-round performance to get the better of formidable England in the semifinals of the ICC women's T20 World Cup on Thursday. Hello and welcome to our live coverage of the match. 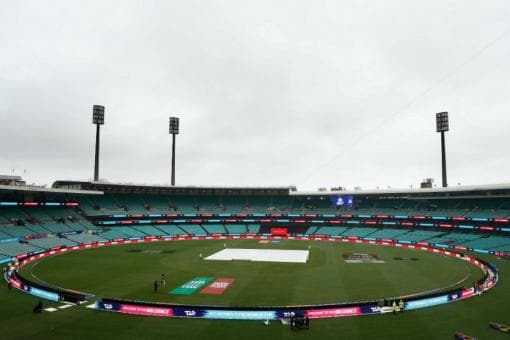 India vs England semi-final latest update: The match has officially been called off due to the unrelenting rain, which means India will contest their first-ever T20 World Cup final. Not what England fans wanted to hear and the debate over having no reserve days is definitely going to rage on.

Preview: All eyes will be on the Sydney skies as India and England get set for their ICC Women's T20 World Cup semifinals at the Sydney Cricket Ground on Thursday.

Sydney saw Pakistan's game against Thailand and West Indies' match against South Africa spoilt by rain on Tuesday, and the weather is unlikely to be favourable for cricket. The forecast is for rain through the week.

Cricket Australia even requested the ICC for a reserve day given the double-header day (South Africa take on England in the other semifinal) could be washed out by rain. However, the ICC turned down the request as it's not a part of the playing conditions.

If rain plays spoilsport, India will go through to the final as they topped their group. India are in red-hot form, having won each of their four matches in Group A.

India's charge has been led by Shafali Verma, the 16-year-old who has taken the tournament by storm. She has 161 runs from four matches, sitting third in the list of run scorers and with a strike rate of 161. Her blitzes at the top have given India strong starts, giving them momentum for the rest of the innings.

Shafali's form has covered up for the poor forms of seniors Smriti Mandhana and Harmanpreet Kaur. Mandhana has only 38 runs from three innings while Kaur has 26 from 4. Jemimah Rodrigues, Deepti Sharma and Veda Krishnamurthy have played crucial hands, but India need Mandhana and Kaur to step up for the knockouts.

The bowling is led by Poonam Yadav, who has nine wickets from four matches. Shikha Pandey has silently done a great job picking up seven wickets, while the other spinners Radha Yadav and Rajeshwari Gayakwad have been effective too. India will once again look to use spin as their biggest weapon against England.

England began their tournament with a loss to South Africa but won their remaining three matches to make it to the semifinal.

England have two in form batters in Natalie Sciver and captain Heather Knight, the top two run-getters of the tournament with 202 and 193 runs respectively. Sciver has three half-centuries while Knight has a ton and a half-century.

India and England met twice in the tri-series prior to the World Cup, with each team winning once. It was England who stopped India's run in the semifinal of the T20 World Cup in 2018.

England will desperately be hoping for rain to stay away so that they get a chance to progress.