Match Highlights: New Zealand vs Pakistan, 1st Test, Day 3 - Pakistan All Out for 239

Check New Zealand vs Pakistan 1st Test, Day 3 Match Highlights NZ vs PAK Mount Maunganui Test: Both Rizwan and Ashraf have brought up their respective fifties, but eventually they were bundled out for 239. That is also stumps. 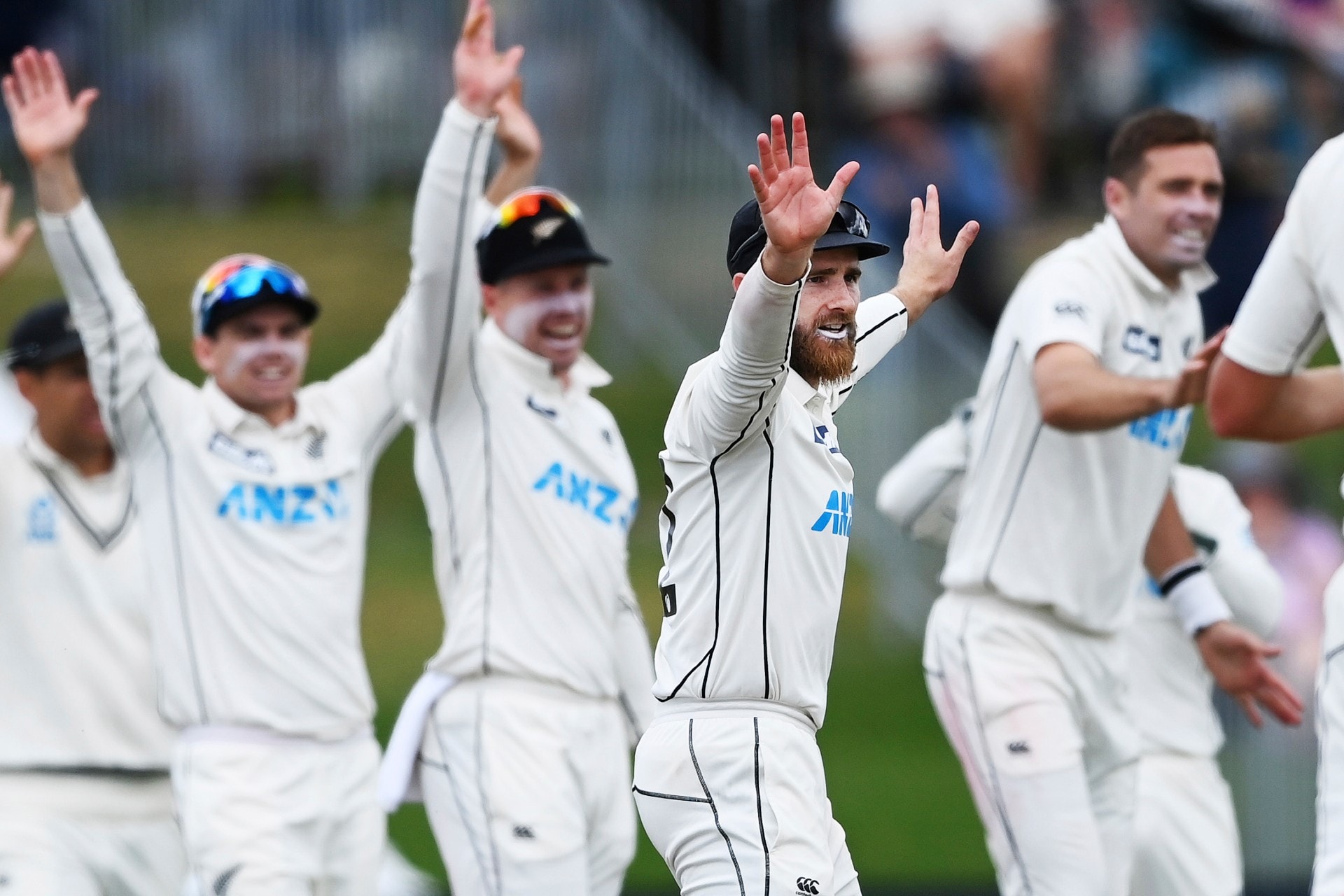 Match Highlights New Zealand vs Pakistan, 1st Test, Day 3, NZ vs PAK at Mount Maunganui | Both Rizwan and Ashraf have brought up their respective fifties, but eventually they were bundled out for 239. That is also stumps.

Kyle Jamieson made a crucial late breakthrough to put New Zealand on top against Pakistan at the end of the second day of the first test in Mount Maunganui on Sunday.

Abid Ali was on 19 with nightwatchman Mohammad Abbas yet to score as Pakistan reached stumps at 30-1, still 401 runs behind New Zealand’s 431 after the hosts were dismissed after tea and had about 90 minutes to bowl at the tourists.

Shan Massod and Abid had negotiated some testing periods from Tim Southee and Trent Boult but the introduction of Jamieson and the aggressive Neil Wagner put them under even more pressure towards the end of the day.

Jamieson made the breakthrough when he had Shan caught by wicketkeeper BJ Watling for 10 when he feathered a catch down the leg side.

Watling said it was important to press home the advantage when play resumes on Monday but that Pakistan would be no pushovers.

“We have got a decent total on the board,” he added.

“We have to come back tomorrow and put some pressure on them, take some early wickets and see where we end up.

“We’re not expecting to run through them. They look like they’re in for the long run. We will have to bowl well, accurately and challenge them.”

New Zealand had resumed the day on 222 for three with captain Kane Williamson on 94 and Henry Nicholls on 42.

Lefthander Nicholls wasted little time in reaching his 10th test match half-century, bringing it up inside the first two overs, and Williamson then brought up his 23rd test century with a clinical cover drive off Nassem Shah for his ninth boundary.

But New Zealand’s batsmen had their hands full with the Pakistan bowlers, Williamson facing 261 balls to bring up his century, the most he has needed to achieve the milestone in his 10-year, 82-test career.

Williamson and Nicholls were dismissed in quick succession before lunch as the tourists dragged themselves back into the match, before Watling (73) again marshalled the tail to combine for 150 runs for the final five wickets.

Williamson top scored for New Zealand with 129, while tall left-arm fast bowler Shaheen Afridi was the pick of the Pakistan bowlers, finishing with 4-109.