First Player to do Face Surgery: Marlon Samuels Hits Back At Shane Warne

West Indies all-rounder Marlon Samuels has responded to the Australian cricketer Shane Warne who had asked him to “get help.” 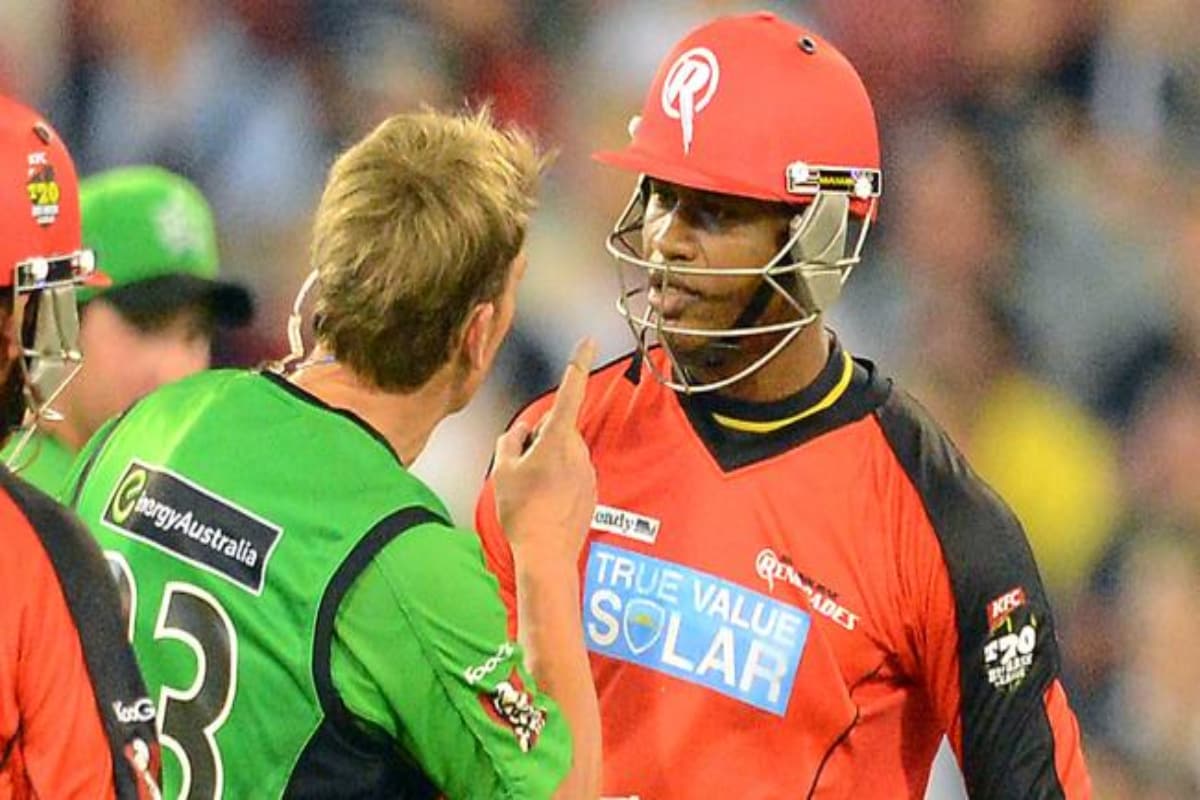 Sledging and verbal wars often occur on the field during ‘gentleman’s game’ cricket but sometimes, things can go too far, and extend to controversy off-field as well. West Indies all-rounder Marlon Samuels has responded to the Australian cricketer Shane Warne who had asked him to “get help.” The comment came in regard of his remarks about Ben Stokes and his wife. The whole incident began when Stokes made some comments about Samuels earlier this week.

In his Tweet, Warne called Samuels an ordinary man and ordinary cricketer when he was informed about some war of the words between Stokes and Samuels. He also claimed that Samuels isn’t liked by anyone.

I’ve just been sent what Samuels has posted re @benstokes38 & I. It’s a very sad situation as he obviously needs serious help-but has no friends at all & not even his ex teammates like him. Just because you were an ordinary cricketer-no need to be an ordinary person. Get help son

To this, Samuels took to his Instagram to say things about Warne. “Haha I need help. Is this coming from the first cricketer to do a face surgery to look young,” he said. He also added a hypothetical conversation between Warne and a doctor and insinuated that Warne would ask the doctor to use the skin from his stomach (for racial reconstruction) and then added some curses to say the doctor would suggest to use skin from his buttocks.

The entire thing can be traced back to when Stokes commented that he wouldn’t wish a 14-day quarantine to even his worst enemies.  He described how it’s a matter of chance whether one would get to go the hotel after de-boarding from the plane and how one has no choice in these cases.

During the talk, he said how so many people responded to his quarantine Instagram stories, (mostly England team) asking how it was like to be there. He told them how he wouldn’t wish it on his worst enemy.

“I text my brother saying the same thing, and my brother asked, ‘You wouldn’t even do that to Marlon Samuels’,” he added. The two had a face-off during a match in Australia years ago where Stokes mockingly saluted Samuels.

This interview didn’t sit well with Samuels and he posted a screenshot of the interview comment and added his own two cents. Using abuses, he made nasty comments not only about Stokes but also his wife, which were extremely derogatory.

While cricket rivalry is fairly regular, one that crosses the boundaries of racism and sexism is rare and unnecessary.