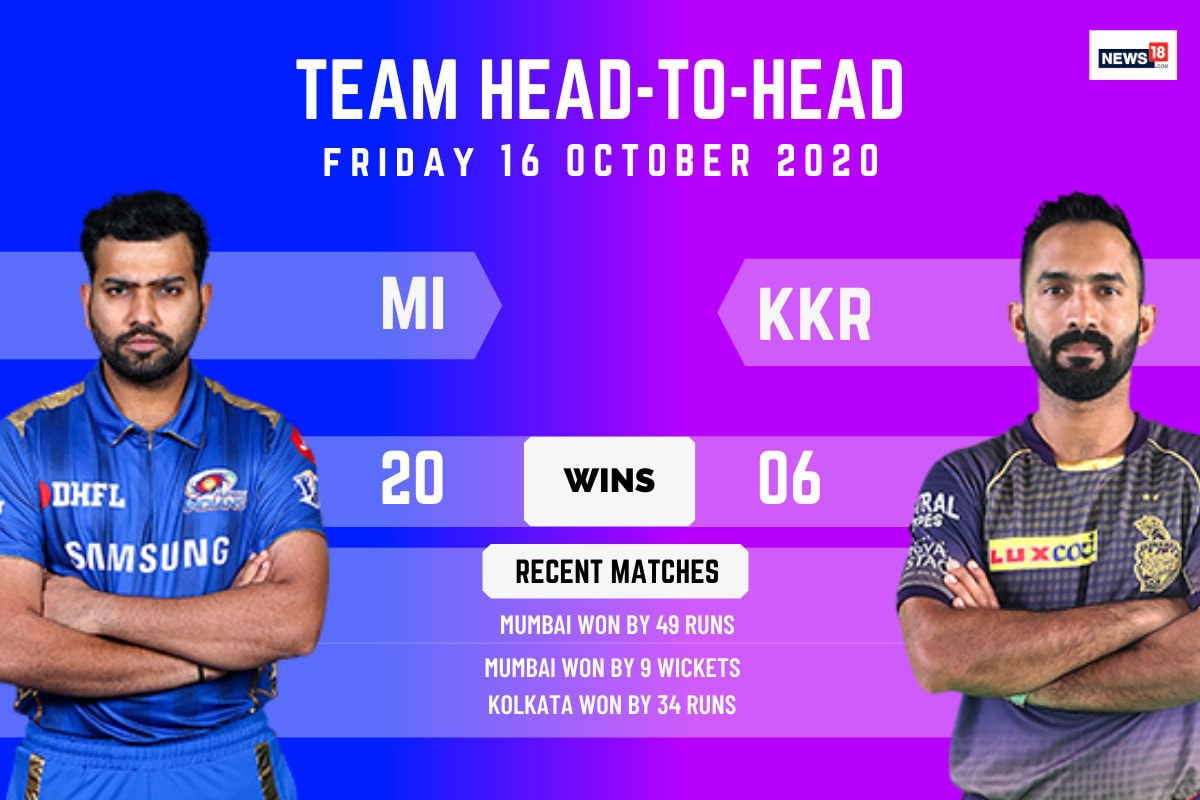 Mumbai Indians (MI) take on Kolkata Knight Riders (KKR) in match 32 of the Indian Premier League (IPL) 2020 in Abu Dhabi on the 16th of October.When the last time these two teams met that was on September 23rd and Mumbai Indians came up trumps. Rohit Sharma led from the front scoring a brilliant 80 off 54 balls and later as KKR came out to bat, it was MI pacers who ruled the roost. From Boult, to Malinga, to Pattinson, everyone picked one wicket each.

Let's look at their head to head records.

Both teams have met on 25 occasions and MI came out at the top on in 20 of them. While KKR could muster only six wins.

Unsurprisingly, MI have won on five occasions and clearly have the upper hand if the recent numbers are concerned. When last time these two teams met MI won the game by 49 runs.

2019 Encounters: In last year's edition the teams were inseparable. KKR won the home leg at Eden Gardens and similarly Mumbai were victorious at the Wankhede Stadium. While at Eden it was Russell Muscle that did the trick, at Wankhede it was Malinga who shone with the ball and picked up three wickets to derail KKR innings.