MI vs RCB Predicted XI Live Updates IPL 2020: Mumbai Indians and Royal Challengers Bangalore have faced each other 25 times in the IPL so far and the four-time champion Mumbai leads by a huge margin of 16-9 victories. Numbers are clearly in Mumbai's favour.

This is how Gurkeerat Singh Mann is preparing for this big clash. Mann usually bats at number six and can play a crucial role in middle order.

Mumbai Indians and Royal Challengers Bangalore have faced each other 25 times in the IPL so far and the four-time champion Mumbai leads by a huge margin of 16-9 victories. Numbers are clearly in Mumbai's favour.

Mumbai Indians have been victorious in four of their last five games against RCB. Advantage Mumbai.

Mumbai Indins have reached Dubai, here are the visuals of them leaving from Abu Dhabi.

So the news that is coming in is that Proteas all-rounder Chris Morris will not be featuring against Mumbai Indians.

These two teams last met on April 15th, 2019. And on that day, Mumbai Indians cantered past a 172-run target set by RCB. Ab de Villies scored 75 runs but it went in vain.

As we all know King Kohli was guilty of fluffing KL Rahul not once but twice. His fans thought that he might compensate for that error with his batting but it was just not his day. He was dismissed for just one run.

Virat Kohli, Suryakumar Yadav, Ishan Kishan and Navdeep Saini. These are some of our picks who can be the dangermen! Who are yours? Let us know!

Can Rahul Chahar be a factor against ABD? In-fact AB had looked vulnerable against finger spinner Murugan Ashwin when RCB played KXIP on the same venue.

It's time for the biggie! Virat Kohli vs Rohit Sharma. AB de Villiers vs Quinton de Kock. Jasprit Bumrah vs... never mind. Royal Challengers Bangalore and Mumbai Indians take on each other in the… 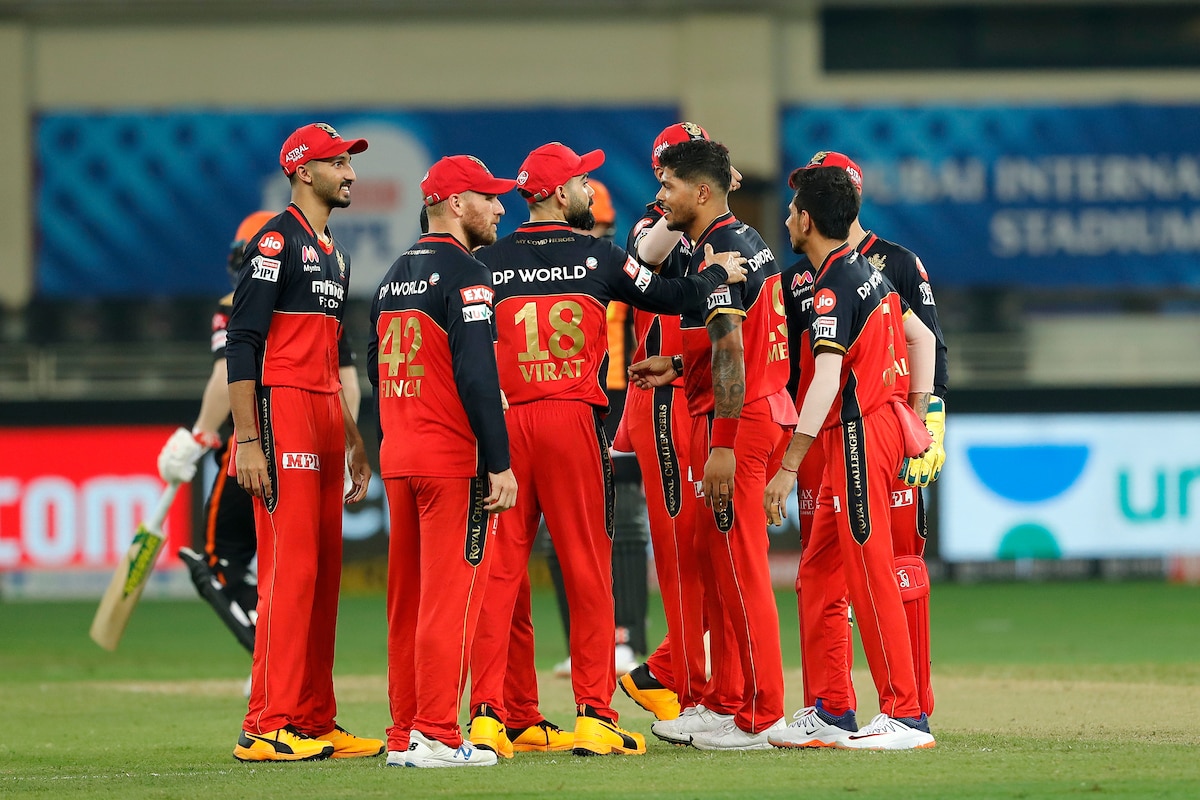 An inside look at the RCB camp ahead of this tense clash. A lot riding on Virat & ABD. Time to step up?

Virat Kohli have captained RCB 112 times. Meanwhile on 37 occasions he was the Indian captain. So this will be his 150th T20 game as a skipper.

Well, people who feel RCB has a weak death bowling would like to consider this stat: Navdeep Saini has 15 IPL wickets, 10 of them have come in death overs.

Meanwhile this is what happened to Hardik Pandya last time he went out to bat! Meanwhile Rohit Sharma led from the front against Kolkata Knight Riders as he slammed 80 off 54 balls. A typical Rohit innings.Take your time, settle down. Lay the platform. Then accelerate.

Both teams are considered to be heavyweights and so far had similar fortunes. Winning one and losing one game in the tourney.

In last game against KXIP, Virat was asked why he promoted Josh Philippe at the top and this is what he said: "He (Philippe) has batted at the top of the order for Western Australia and done well in the BBL as well, early days in the tournament so we thought we will maximise his ability and see how we go from thereon. We thought we will give ourselves a bit of depth in the middle overs.”

RCB's best chance is to bat first, bat big. Post a 170 plus total. And then let their bowlers do the talking. Again a lot hinges on the top order. Will Josh Philippe fire? Paddikal, Kohli and ABD holds the key, as usual.

Mumbai Indians are all set for this big one, listen in.

RCB's tweet sums up the situation for the team. Virat Kohli has to step up tonight. If he gets a big one, we are in for a treat!

We are building upto tonight's big clash.Indian captain is up against his deputy. Yes, Mumbai Indians take on Royal Challengers Bengaluru.

IPL 2020, RCB vs MI: Top Players to Watch Out for in Royal Challengers Bangalore vs Mumbai Indians Clash

And it's time for the big match -- Mumbai Indians against the Royal Challengers Bangalore or Rohit Sharma vs Virat Kohli. We are one week into the tournament and have already gotten a fair idea of… BCCI president Sourav Ganguly has been moved by the close finish between Rajasthan Royals and said that games like these are the reason the Indian Premier League is the one of the finest sporting leagues across the world.

Hello and welcome to day 10 of the IPL 2020, where Mumbai Indians take on Royal Challengers Bangalore. In short it is the match up between Rohit Sharma and Virat Kohli -- or so the fans like to call it so. Expect big things from this match tonight. Stay tuned for all the latest on IPL here. MI vs RCB Predicted XI Live Updates IPL 2020: Mumbai Indians and Royal Challengers Bangalore have faced each other 25 times in the IPL so far and the four-time champion Mumbai leads by a huge margin of 16-9 victories. Numbers are clearly in Mumbai's favour.

PREVIEW: It's time for the biggie! Virat Kohli vs Rohit Sharma. AB de Villiers vs Quinton de Kock. Jasprit Bumrah vs... never mind. Royal Challengers Bangalore and Mumbai Indians take on each other in the third game for both sides on Monday at Dubai. Both RCB and MI have won and lost one match each. While RCB started the campaign with a win, they suffered a major loss to Kings XI Punjab in their next game. MI started with a loss to CSK and bounced back in style against KKR. It's Rohit Sharma's men who have all the momentum going into the match. RCB are heading back to their old issues: overly dependent on Virat Kohli and AB de Villiers, and poor death bowling. The victory in the first match - made possible by a terrible collapse by Sunrisers Hyderabad - meant RCB went to their game against KXIP with an unchanged XI. That cost them big. They now have issues with Dale Steyn and Umesh Yadav, who have both been expensive. While de Villiers scored a half-century in the first game, Kohli is yet to get going. If he does, it will wash away most of RCB's problems.

RCB also have to utilise their options better. Washington Sundar is a prime example. The off-spinner bowled 2 overs for 13 runs in the last match but was taken off the attack only for Umesh to come and bowl a 20-run over. It's unlikely that RCB will stick to the same bowling line up this game as well. They've got to bring in some variety with perhaps Adam Zampa or Isuru Udana in place of Steyn, while they have the option of Mohammed Siraj for Umesh. Given Chris Morris isn't fully fit yet, RCB will have to look to others to find their balance. The bowling, for now, is heavily reliant on Yuzvendra Chahal. They're playing in the same venue in which they conceded 206 runs to KXIP. The batsmen were under pressure from the beginning and perished playing attacking strokes. It's unlikely that they'll tinker with the batting so early, unless AB de Villiers keeps wickets and Moeen Ali comes in place of Josh Phillipe. A champion side like MI cannot lose for too long. That was evident in the way they bounced back in the second game against KKR, winning by 49 runs. The victory was led by their captain Rohit who made 80 off 54, with the likes of Suryakumar Yadav, Saurabh Tiwary and Hardik Pandya supporting him. The bowling was spot on, with each of their four frontline bowlers picking up two wickets each. The fact that Mumbai have multiple all-rounders means they can avoid using Hardik as a bowler, giving his back more rest. They've got absolutely nothing to change in their side, and now is the time they'd be aiming to go for more momentum.