The Indian women's cricket team is being discussed on the social media after they crushed arch rivals Pakistan in a Women's World Cup match on Sunday. The team has so far won all three of their league matches.

When the Indian Women’s cricket team finished their innings, what at that point looked like an inadequate 169 runs, Indian cricket fans had already started bracing for a Men’s Champions Trophy final style defeat. On social media, however, the buzz persisted.

The Indian team, led by a spunky and determined Mithali Raj, took to the field after the mid-innings break with a distinct plan in mind. By the end of the 10th over the ladies in green had lost four top batswomen for a paltry 20 runs.

Ekta Bisht turned one woman demolition squad as she sent 5 Pakistani batswomen packing while conceding only 8 runs. In the process she matched her previous best bowling figures (5/8) which was also against Pakistan!

Once the initial damage was done, It was only a matter of time before Mansi Joshi and the other bowlers ensured the Pakistani challenge stopped at only 74 runs. It was a victory, and a thumping one at that. If social media posts are believed to be an accurate gauge of social perception, then it seemed like the nightmare that was 18th June was a thing of the past.

Leading the trail of congratulatory messages on Twitter were everyone from former male cricketers to actors. Here is a look:

Congratulations @BCCIWomen on a fabulous victory against Pakistan in the ICC #WWC17 .Hats off on such a spirited effort. #INDvPAK

T 2473 – Congratulations INDIA Women's Cricket team for your most convincing win ..!! May you continue to prosper and bring greater glory !! pic.twitter.com/2vPoKZ3l2H

What an incredible victory by @BCCIWomen . Defending 169 with ease. Great spell by Ekta Bisht & wonderful support by everyone else.#INDvPAK

Our Women's Cricket team is rocking it on the field…. #INDvPAK Come on 🇮🇳

The best tweet of the day was however from the captain Mithali Raj herself, underscoring a level of dominance that is yet to be matched by the much-hyped Indian Men’s Cricket Team:

In fact, the Indian Women’s Team have an even better dominance record against the Irish women, where they have won all 12 games played so far.

So far, social media outbursts on India-Pakistan clashes have been overwhelmingly reserved for when the Men meet. Occasionally the men’s hockey team generate some noise. But this time it was different. Through the sunday, and more importantly through a day where the Men’s team were playing an ODI against West Indies, hashtags around the women’s clash dominated the conversation on Twitter.

Here are some numbers (please add the slides here in order:) 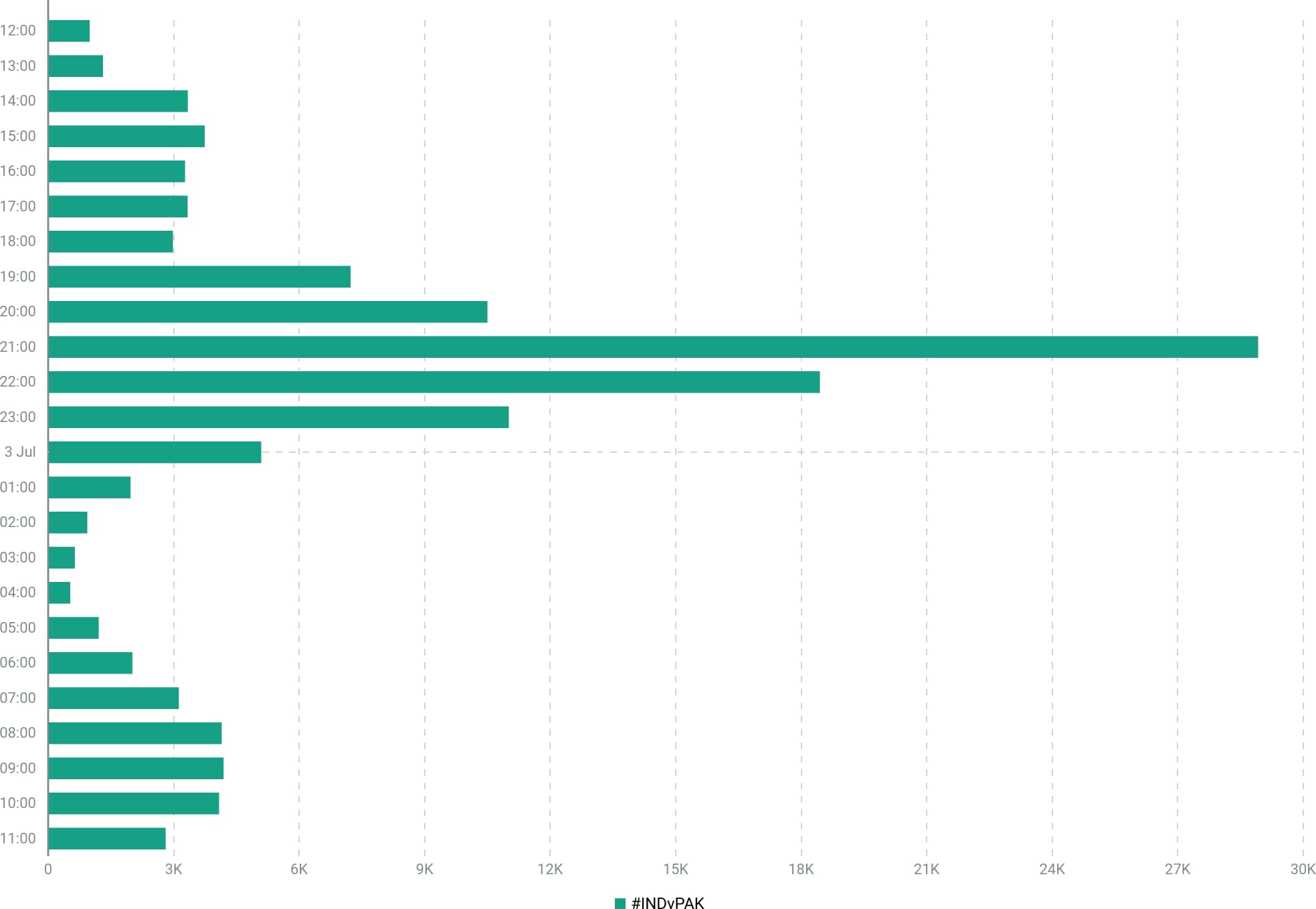 Tweets through the day 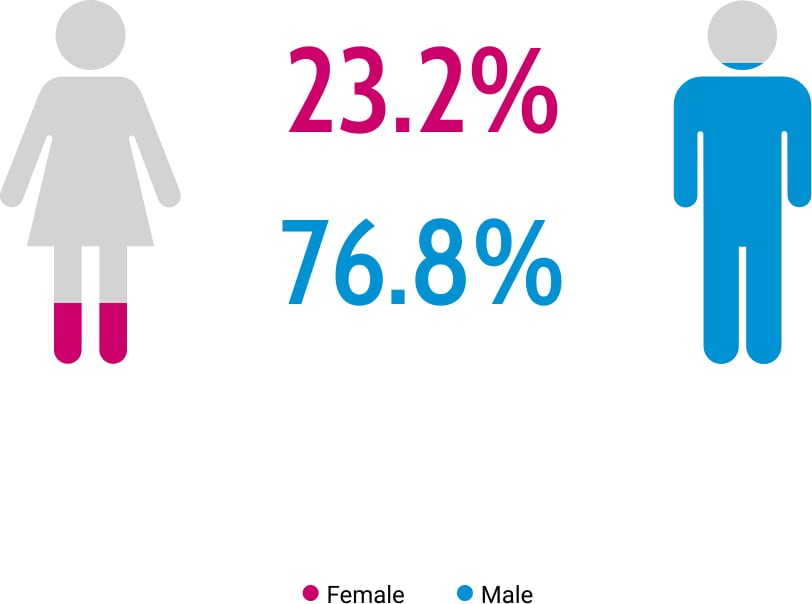 Bodhisattva Sen Roy is Editor, Social Media for CNN-IBN and IBNLive.com. He is passionate about travel, motorcycles, photography and food. He document...Read More