Kerala opener Mohammed Azharuddeen smashed a 37-ball century to stun Mumbai by 8 wickets in the Syed Mushtaq Ali Trophy match at the Wankhede Stadium in Mumbai on Wednesday. 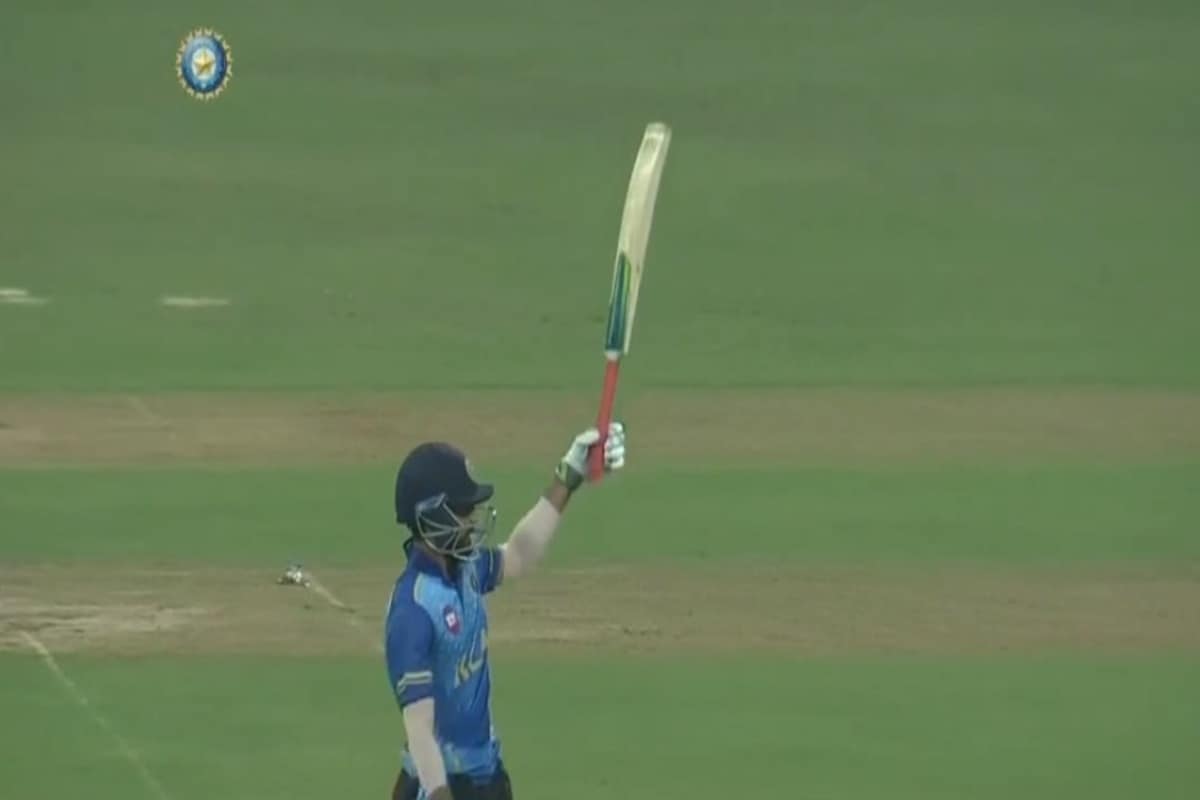 Kerala opener Mohammed Azharuddeen smashed a 37-ball century to stun Mumbai by 8 wickets in the Syed Mushtaq Ali Trophy match at the Wankhede Stadium in Mumbai on Wednesday.

Chasing a seemingly stiff target of 197, Azharuddeen made light work of the task in a knock filled with sixes and fours as Kerala won in 15.5 overs for their second straight win of the tournament.

'Are You Even a Player?' - R Ashwin Recalls Heated Win in U-22 Game After Sydney Heroics

Azharuddeen remained unbeaten on 137 off 54 balls, smashing 10 sixes and 9 fours. It was the second fastest century in Syed Mushtaq Ali Trophy history, with Rishabh Pant's 32-ball ton in 2018 being the fastest.

Azharuddeen's assault took Mumbai by surprise, as Kerala smashed 65 runs in the first five overs. Azharuddeen took just 20 balls for his fifty. By the end of the 12th over, they were 165 for 1 with Azharuddeen already past his century. Robin Uthappa made 33 off 23 in an opening partnership worth 129 runs off just 57 balls.

Mohammed Azharuddeen is the 1st player to score a century for Kerala in Twenty20 cricket.

Azharuddeen's 37-ball century is the 2nd fastest in #SMAT20 behind Rishabh Pant's 32-ball effort in 2018. #SyedMushtaqAliT20

To score like that against Mumbai was some effort. 137* of 54 and finishing the job on hand. Enjoyed this innings.#SyedMushtaqAliT20 pic.twitter.com/VrQk5v8PPB

S Sreesanth, playing his second match after returning from a seven-year ban, conceded 47 runs from his 4 overs.