Mohammed Shami Likely to Play for Bengal Before Leaving for Australia

A member of Australia-bound Test squad, Shami will leave for the tour Down Under after playing the Ranji Trophy third round match at the Eden Gardens. 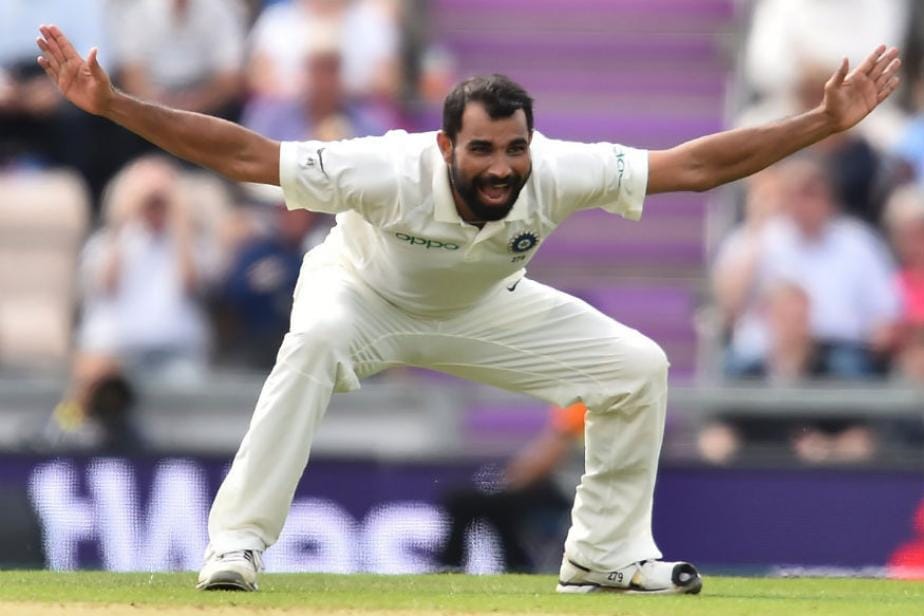 A member of Australia-bound Test squad, Shami will leave for the tour Down Under after playing the Ranji Trophy third round match at the Eden Gardens.

"Shami has expressed his interest to play. If he plays, it's good for the Bengal side," CAB president Sourav Ganguly said.

Having returned from the home series against West Indies, Shami visited his Bengal teammates on the sidelines of the ongoing Ranji Trophy match against Madhya Pradesh on Monday.

"We had written a letter before the first match as well to play him but he had few fitness issues for which he had to undergo rehabilitation. If he plays, it's great," Ganguly added.

India will play four Test matches against Australia with the first five-day contest commencing in Adelaide on December 6.

Meanwhile, the BCCI has assured the CAB that it would do an assessment of the umpires after questions were raised about their quality.

The CAB had alleged that the Board had deputed lower-ranked umpires for the Ranji Trophy and other domestic tournaments in December, even as higher-ranked umpires -- five of whom from Bengal were not considered.

"The points raised are well received... We will definitely relook at the match allocations to ensure that top eight ranked umpires from group C, no matter from which association they belong to, posted for Ranji matches," KVP Rao, assistant GM, cricket operations of BCCI wrote in his reply to CAB joint-secretary Avishek Dalmiya.