Varun Chakaravrathy's fairytale journey keeps on getting better and better as he became the first bowler in IPL history to clean bowled MS Dhoni's twice in an IPL season. 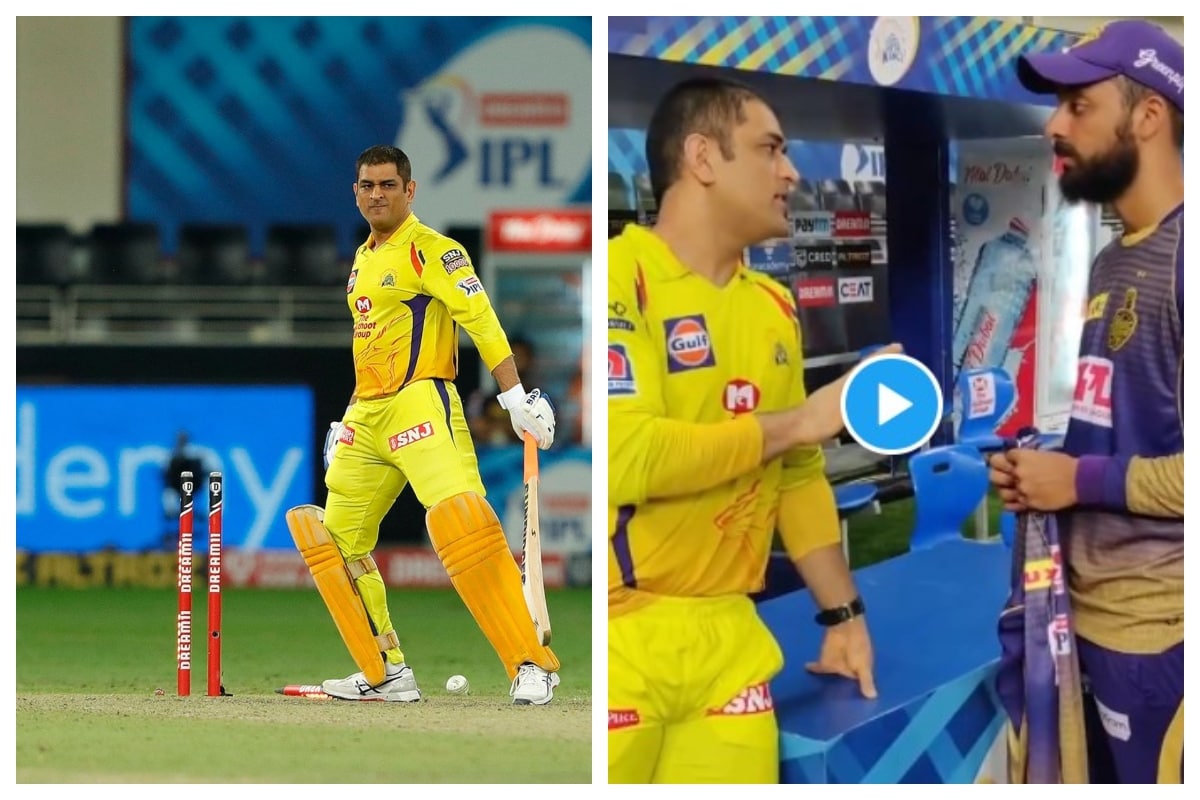 Varun Chakravarthy's fairytale journey keeps on getting better and better as he became the first bowler in IPL history to clean bowled MS Dhoni's twice in an IPL season. Lasith Malinga is the only other bowler to clean bowled Dhoni twice - but he's done that in all of IPL. Chakravarthy has been the feel-good story of IPL 2020 after getting a maiden call-up to the national side, on the back of just a handful of domestic games and 12 IPL matches, which was enough for the national selectors to show faith in him.

After claiming Dhoni's wicket the first time around on Oct 7, when KKR met CSK early in the competition Chakravarthy had talked about the surreal feeling of being a fanboy going to the Chepauk Stadium in Chennai to watch Dhoni bat to playing against him and taking his wicket. Now, not only has got  'Thala' twice but has got valuable tips from the man himself. A video posted by KKR social media team on Twitter on Dhoni's conversation with Chakravarthy has gone viral. Dhoni has been on a mentorship-mode through the IPL 2020 with handing out jerseys to youngsters and talking to them as well during the post-match team interactions and this was just another sweet gesture that has floored fans of MS Dhoni.

When an Indian young bowler bowls out Dhoni, I never get sad. I'm like.. Woah.. This dude got something in him. I saw that in Natrajan. I saw that in Varun. Cheers.

P. S- I've no idea what will happen when MS gets his form back.💛

Varun chakravarty has something that makes him different. became 1st bowler to bowled dhoni in same ipl season 💯

Three years back, Varun Chakravarthy was one among many cricket aspirants in Chennai cheering for Chennai Super Kings and MS Dhoni from the stands at MA Chidambaram stadium in Chepauk. He was a net bowler in the CSK camp, hoping to impress the likes of Dhoni with his multiple variations. After the first match against CSK Varun had said "After the match I took a picture with Dhoni sir. I just want to say one thing in Tamil - Thala, thala dhaan."