"Dhoni was nothing. He has become a God in cricket just because of media. Media has crowned him great which he never deserved", Yograj said. 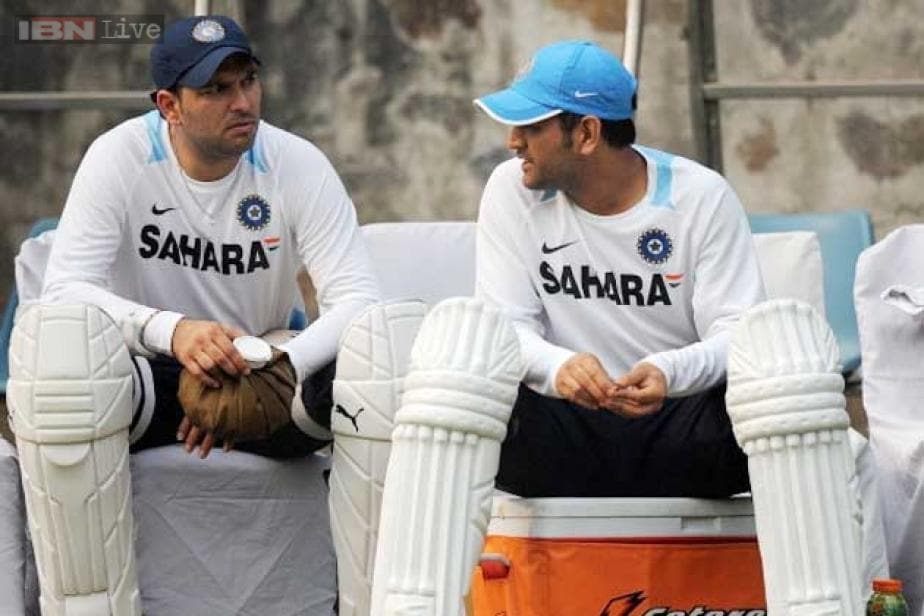 Is it an emotion, wrath or anger? Yograj Singh, father of ace cricketer Yuvraj Singh, in a remark that could trigger a major controversy and war of words, has blasted India's ODI captain Mahendra Singh Dhoni for his son's exclusion from the ICC World Cup 2015 squad.

An emotional Yograj also cursed the Indian captain to be left penniless one day.

"Dhoni was nothing. He has become a God in cricket just because of media. Media has crowned him as a great which he never deserved", Yograj told a Hindi news channel.

"There was a time when he had nothing but today he sits in front of media and rips off the media persons. He laughs at media who has given him so much hype. He laughs at the Indian people who clap when he scores a run," Yograj said.

"Honestly, if I were a media person, I would have slapped Dhoni right there", Yograj said.

Yuvraj, Man of the Series in the 2011 World Cup, was one of the five senior Indian cricketers who were ignored by the selectors for the World Cup this year. Yuvraj, along with Gautam Gambhir, Harbhajan Singh, Virender Sehwag and Zaheer Khan, were even excluded from India's 30-man preliminary squad for the mega event.

"Dhoni is arrogant. The way Ravana's proud came to an end, Dhoni will also suffer some day. He considers himself much above Ravana," Yuvraj's father said.

"I feel really ashamed when other cricketers come and tell me about Dhoni. Earlier, I used to think that people must be cribbing about Dhoni due to jealousy. But when the cricketers told me about him, I think I have never seen a terrible person like him ever in my life," he added.

India, who lifted the World Cup in 2011, faced an ouster in the 2015 event when they lost to Australia in the semi-finals at the SCG.

Dhoni, who played a stellar role at No. 4 position in the 2011 World Cup final at the Wankhede Stadium, went to bat No. 6 this time.

Criticising Dhoni, Yograj said, "In the 2011 final, Yuvraj was going to bat but Dhoni stopped him and went to bat and became a hero. Why didn't he bat at No. 4 this time? Why did he go at No. 6? If he considers himself great, then he should have batted at No. 6 and guided India to a win against the Aussies."

Cursing Dhoni, Yograj said: "There will be a day when Dhoni will be left to beg and become penniless and would not get any favour."