Over the last couple of seasons, Mumbai is the only team that emerges as a unanimous choice in reaching the play-offs in all predictions. 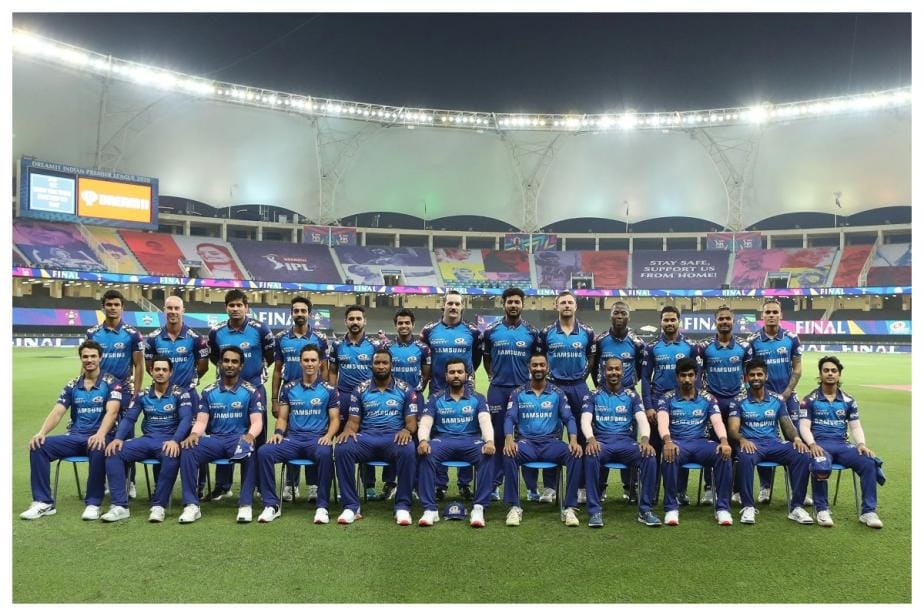 Mumbai Indians’ captain Rohit Sharma is on the verge of achieving something very special in the upcoming edition of the Indian Premier League. A hat-trick of title wins in the T20 format is never easy to accomplish and more so in a very highly competitive league like the IPL which is inherently unpredictable.

However, if Rohit’s team can defy all the odds one more time and continue to win the IPL trophy in another odd year (they started this trend in 2013 and repeated it in 2015, 2017 and in 2019), it could grant them a kind of respect which is only reserved for some of the most iconic national teams in cricket.

Of course, Test cricket or ODI format can never be compared to the T20 internationals, let alone a competition like IPL which is not even international cricket. Yet, whenever the dominant teams of cricket will be discussed, MI is also likely to feature in that debate because of its mind-boggling achievements.

Former England captain Michael Vaughan recently even went on to suggest that that in the T20 format, Mumbai Indians is perhaps stronger than Team India. Even though he was trolled for this comment, his basic argument that Mumbai is a modern powerhouse in T20 format is not off the mark.

Over the last couple of seasons, Mumbai is the only team that emerges as a unanimous choice in reaching the play-offs in all predictions. In the IPL 2020, they sealed off the last four positions after playing just a dozen of matches while the remaining three teams kept wondering about their fate until the last league match. So, what makes Mumbai such a formidable dynasty in the IPL? And, have they really taken a leaf out of some of the most highly successful teams of cricket from different eras?

From the mid-1970s to the mid-1980s, the West Indies was extraordinarily blessed to have opening batsmen like Desmond Haynes and Gordon Greenidge, middle-order giants like Vivian Richards, and a captain like Clive Lloyd in their batting ranks beside the awesome pace attack which included the likes of Joel Garner, Malcolm Marshall, Andy Roberts, and Michael Holding.

Similarly, the Australian teams from 1995 to 2007 were fortunate to have match-winners like Matthew Hayden, Justin Langer, Adam Gilchrist, Ricky Ponting along with Glenn McGrath, Jason Gillespie, Bret Lee, and Shane Warne. The Modern Invincible were as prolific as the West Indians of the golden era across the formats. Both at home and away matches.

If the Caribbean and Australian teams of the past had a phenomenal supply of raw talents, Mumbai Indians have tried to ensure that they get the best out of each auction of the IPL which decidedly gives an advantage to the teams later on. Former India batsman and commentator Sanjay Manjrekar had emphasised this point in one of his columns for a national daily. “I have realised that winning the IPL is dependent first and foremost on your performance off the field, before the tournament starts, in the auction and player trade-offs, where MI have become real masters,” wrote Manjrekar in November last year.

This was true in the case of the dominant West Indian team of the past and the modern Australian team demonstrated that virtue on countless occasions. After the disastrous outing in the first two seasons, Mumbai realised that a well-rounded attack is a key to success. Led by Lasith Malinga and Zaheer Khan in the fast bowling department which was ably supported by Kieron Pollard, Mumbai also had a great spinner in Harbhajan Singh. Those four bowlers picked up 62 wickets in the 2010 season and Mumbai made it to the final for the first time. However, the most important aspect of Mumbai’s winning formula which has a strong resemblance with the great West Indian and Australian team of yesteryears has been the uncompromising belief in having the strongest pace attack at its disposal. From Mitchell Johnson to Mitchell McClenaghan, from James Pattinson to Nathan Coulter-Nile, from Alzarri Joseph to Trent Boult, Mumbai Indians always gave the impression that not one or two but at least four quality pacers are essential to winning a trophy like IPL.

In many ways, the 2013 season was the real turning point for the Mumbai Indians. Former India captain Anil Kumble joined as a mentor while former India coach John Wright was already associated as head of the talent scout. Ricky Ponting was appointed the new captain. In their contrasting styles, they all agreed that an attacking captain provides the best impetus for winning the trophy. Ponting inherited this ruthlessness from his Australian cricket culture which didn’t shy away from dropping even a captain if he was struggling. The team was always important and not any individual and Ponting walked the talk by relinquishing captaincy midway when he was struggling as a batsman. Remember how the Australians were typically unsentimental when it came to take a firm stand on Mark Taylor and Steve Waugh’s places as captain and players when they were past their prime? Rohit Sharma was identified as successor by Ponting himself and since then as the cliché goes rest is history. 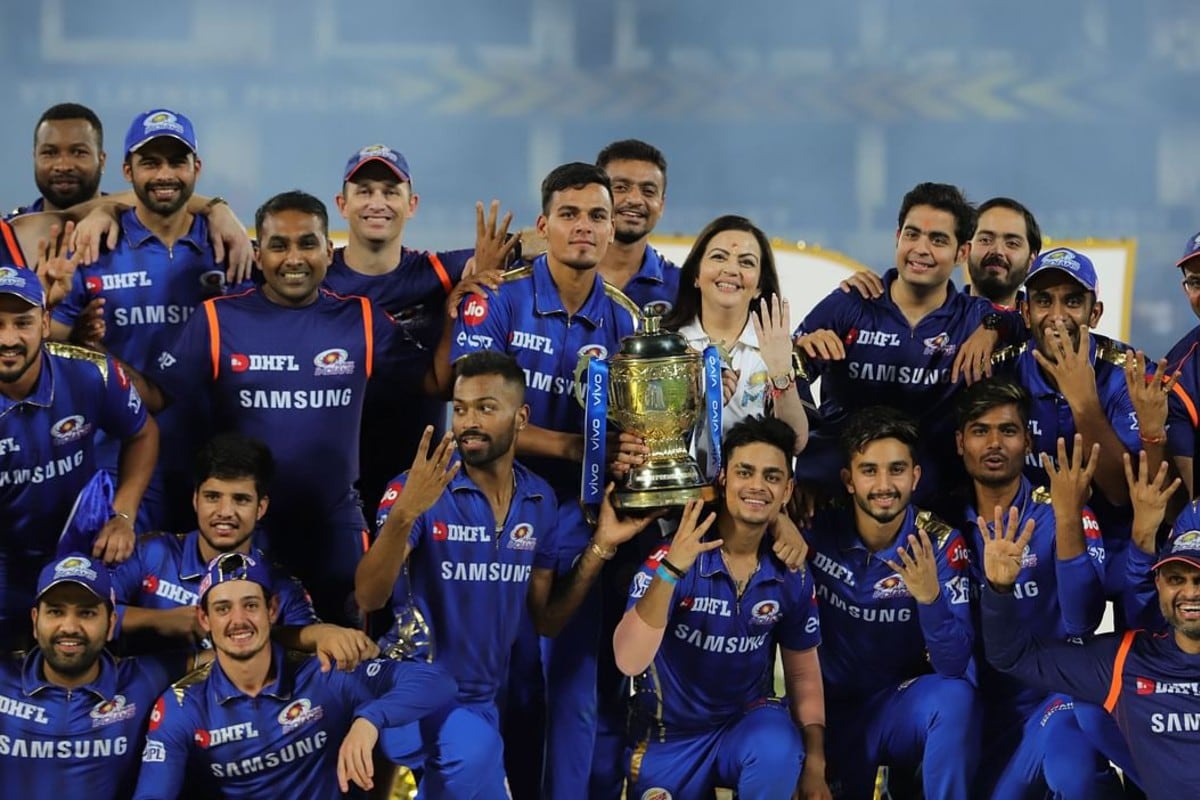 Change is the only constant

Lloyd was replaced by Richards as the captain of the West Indian side so was Taylor, Waugh, and Ponting despite sustained success for their national teams. Mumbai Indians have also displayed the same kind of detachment when it comes to dealing with big names and sustaining the winning run. They had won the championship in 2013 and 2015 and yet brought in a fresh voice in former Sri Lankan captain Mahela Jayawardene in 2017. Contrastingly, MI apparently doesn’t believe in making too many changes once they figure out the core of the team. For instance, look at the number of players who made it to the playing XIs in 2020. The balance of the squad was so good and the roles of players so well-defined that they were the only team to make just five changes in the squad across 18 games.

The seemingly low-profile are match winners as well

It is arguable how much success the likes of Ishan Kishan, Suryakumar Yadav, Krunal Pandya, Rahul Chahar, and Trent Boult would have achieved had they played for different teams. “They have the winning culture rooted now and this embraces every player in their dressing room. Even Trent Boult, a seamer that another franchise did not want, enters the MI dressing room and has the best season ever,” Manjrekar had said in the same write-up. The seemingly low-profile players have done what the likes of Gus Logie, Jeffrey Dujon, and Colin Croft used to do for the West Indies, and Damien Martyn and Michael Kasprowicz used to play similar kinds of roles for the Aussies.

The truly dominant West Indians were unbeaten in Test cricket for nearly 15 years across 29 series and made it to the three ODI World Cup finals as well as winning two of them in 1975 and 1979. The Australian team from the mid-1990s to the mid-2000s not only won 16 Tests in a row (not once but twice), an incredible winning streak in ODIs (21 successive wins), and reached four consecutive world cup finals from 1996 to 2007. If Rohit Sharma’s side manages to attain a hat-trick of the IPL trophies, its credential as the most formidable dynasty of T20 cricket will be established beyond doubt