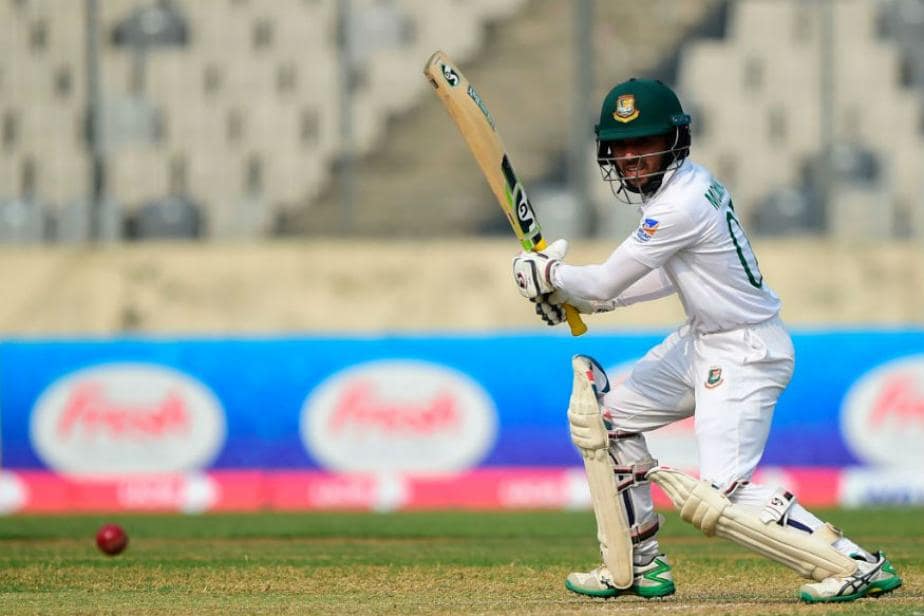 Najmul Hossain and skipper Mominul Haque hit half-centuries as Bangladesh replied strongly to Zimbabwe in their one-off Test in Dhaka on Sunday.

Najmul Hossain and skipper Mominul Haque hit half-centuries as Bangladesh replied strongly to Zimbabwe in their one-off Test in Dhaka on Sunday.

Najmul made 71 off 139 balls while Mominul was unbeaten on 79 as Bangladesh reached 240-3 at stumps on the second day, trailing Zimbabwe by 25 runs in the first innings.

Pace bowler Abu Jayed earlier finished with a career-best 4-71, as Zimbabwe were bowled out for 265 in the opening session, after the visitors resumed on 228-6.

He was involved in partnerships of 78 and 76 runs with Tamim Iqbal and Mominul on his way to a maiden Test fifty in only his fourth match.

"I think I had the chance to make the innings longer because the wicket was good. Still I would say apart from the out, I batted well as long I was at the crease," said Najmul.

Tamim made 41 runs before he edged Donald Tiripano to wicketkeeper Regis Chakabva.

Debutant Charlton Tshuma dismissed Najmul for his maiden Test wicket as Chakabva claimed a third catch behind the stumps.

Mominul, who hit nine fours, and Mushfiqur saw off the day without further damage as they shared 68 runs in an unbroken fourth-wicket stand.

Mushfiqur, who returned to the side after skipping the previous Test against Pakistan, remained unbeaten on 32.

Zimbabwe captain Craig Ervine said they were let down by their bowling.

"We didn’t hit the good areas consistently enough. Obviously tomorrow we will like to come back strongly and break the partnership as early as possible," he said.

Zimbabwe earlier added 37 runs to their overnight score before Jayed and left-arm spinner Taijul Islam wrapped up their innings.

Jayed dismissed overnight batsman Tiripano for eight when he nicked an edge to wicketkeeper Liton Das in the seventh over.

The same bowler trapped Ainsley Ndlovu leg before for a duck in his next over.

Taijul had Charlton Tshuma for a duck before he dismissed the other overnight batsman Regis Chakabva for 30 to end with 2-90.

Skipper Craig Ervine was the mainstay of Zimbabwe's innings with 107, while off-spinner Nayeem Hasan nabbed 4-70 for Bangladesh.