Nathan Lyon, Steve O'Keefe Turn to Legends for Help Ahead of India Test

The front-line pair approached New Zealand's Daniel Vettori and Australia’s chief destroyer in Sri Lanka last year, Rangana Herath, for advice ahead of the four-Test tour, which starts on February 23 in Pune. 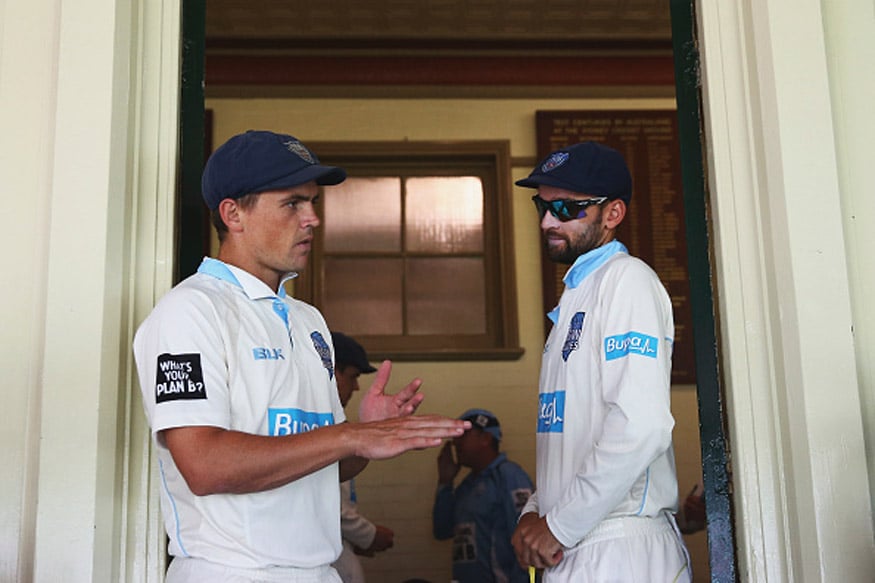 Sydney: Nathan Lyon and Steve O'Keefe have sought help from two of Test cricket's greatest off-spinners ahead of Australia's series in India later this month.

The front-line pair approached New Zealand's Daniel Vettori and Australia’s chief destroyer in Sri Lanka last year, Rangana Herath, for advice ahead of the four-Test tour, which starts on February 23 in Pune.

Also Read: Steve Smith and Boys Sweat It Out in Dubai for India Test

Between them, left-arm spinners Vettori and Herath have captured more than 700 Test wickets and boast outstanding performances in Asia.

"The main things you get away from those guys is challenging the batter’s defence," O’Keefe told Cricket Australia's website Tuesday from the team's pre-tour training camp in Dubai.

"And if you can continually put the ball in the right area, given these conditions will spin more than what we’re used to at home, that will help us.

"It’s about building pressure and not being overawed." he added.

"(India) are a class team, they’re exceptional batters at home and it’s going to be a big job."

Panesar is one of the few foreign spinners to taste a Test series victory on the subcontinent after England broke a 27-year drought when they beat India at home 2-1 in 2012.

Panesar destroyed India in the second match in Mumbai with 11 wickets and backed that up with five wickets in the third Test win in Kolkata.

"He talked about being able to adapt really quickly and on the spot and also being able to take away the batter’s scoring options in regards to boundaries," O'Keefe said of his time working with Panesar.

Australia, who have not won a Test match in India in nearly 13 years, have strengthened their spin options with the inclusion in the touring party of youngsters Ashton Agar and Mitchell Swepson.