Kane Williamson reached his 23rd test century and shared a 133run partnership with Henry Nicholls which helped New Zealand to 3015 at lunch Sunday on the second day of the first cricket test against Pakistan. 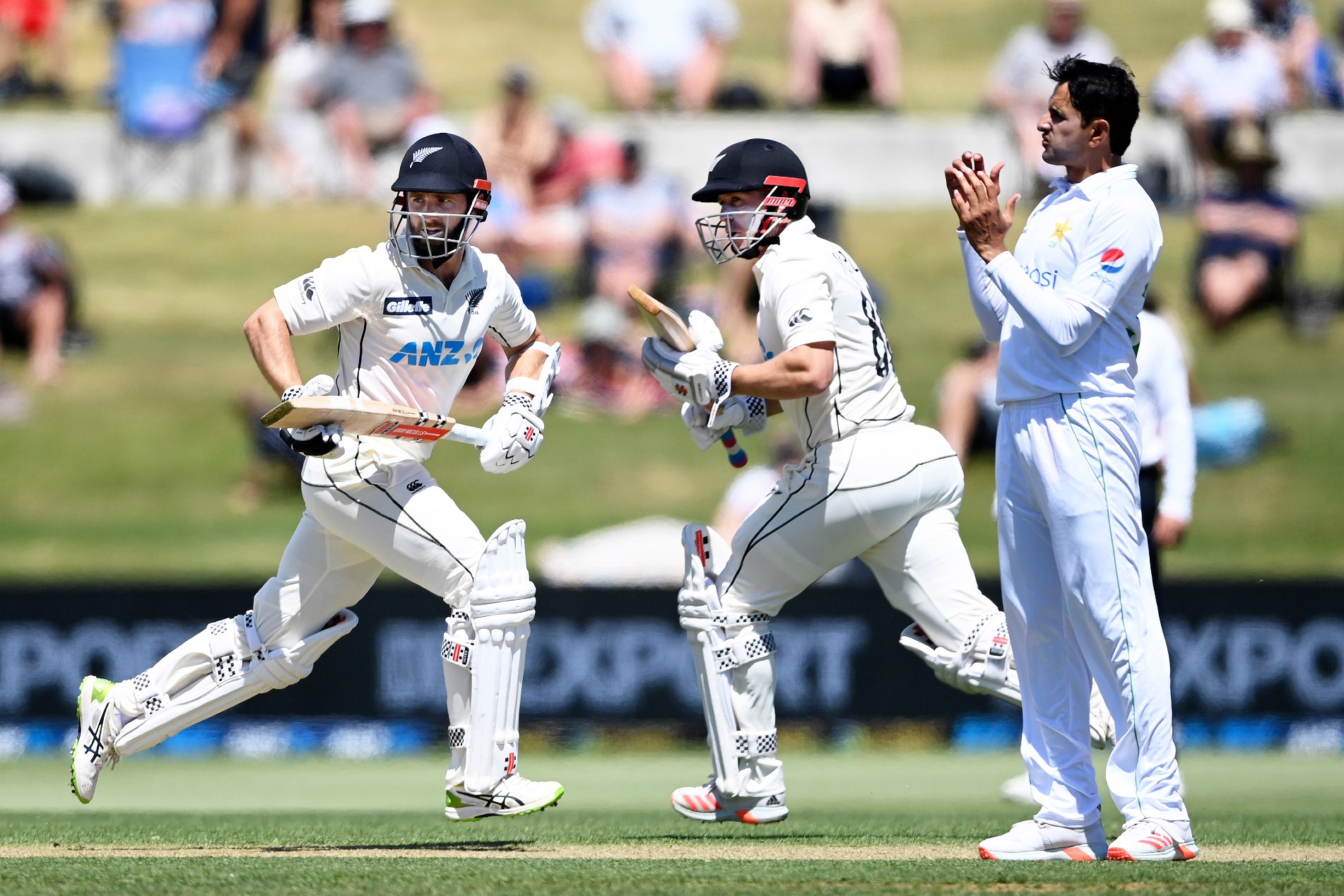 MOUNT MAUNGANUI, New Zealand: Kane Williamsons tireless quest for runs continued Sunday as he batted New Zealand into a commanding position on the second day of the second cricket test against Pakistan.

Williamson made 129, his 23rd test hundred, and shared century partnerships with Ross Taylor and Henry Nicholls as New Zealand made 431 batting first after losing the toss.

At stumps Pakistan was 30-1 after 20 overs with Abid Ali 19 not out and nightwatchman Mohammad Abbas 0.

Shan Masood was out for 10 just before stumps, caught down the leg side by wicketkeeper B.J. Watling from the bowling of Kyle Jamieson.

In his last 10 tests in New Zealand Williamson has made two double centuries, Sundays century and three half-centuries. His solidity has been central to New Zealands recent rise to join Australia on 116 points atop the official world test rankings.

Williamsons toughness, his concentration and technical excellence were evident again in his performance on the first two days of the current match in perhaps the toughest conditions New Zealand has faced so far this summer.

He came to the crease when New Zealand lost opener Tom Latham to only the fourth ball of its innings. Williamson batted for all of the rest of the first day and was 94 not out overnight.

He took 13 balls to score his first runs of the second day, then went to his century with a copybook cover drive from the bowling of Naseem Shah. When he finally was out before lunch he had batted 476 minutes or almost eight hours and again had been the firm anchor around which New Zealand built its innings.

Taylors 70 in his 10th century partnership with Williamson and Nicholls 56 in his third provided the substance of the innings. But wicketkeeper Watling made a vital contribution with his 73 late in the innings his 19th half-century achieved on the ground on which he scored his career-best 205 last year.

Watlings 66-run partnership with Jamieson, who made 32, took New Zealand within sight of 400 and Neil Wagners 19 took them past that mark.

The Pakistan bowling attack was much more challenging than the West Indies, maintaining consistent lines, let down by occasional blemishes in the field. Shaheen Afridi put in a big shift, bowling 36 overs and taking 4-109. Leg-spinner Yasir Shah took 3-113, including Williamsons wicket.