Australia crushed New Zealand by 50 runs in a low-scoring fourth Twenty20 international in Wellington Friday to level the series at 2-2. 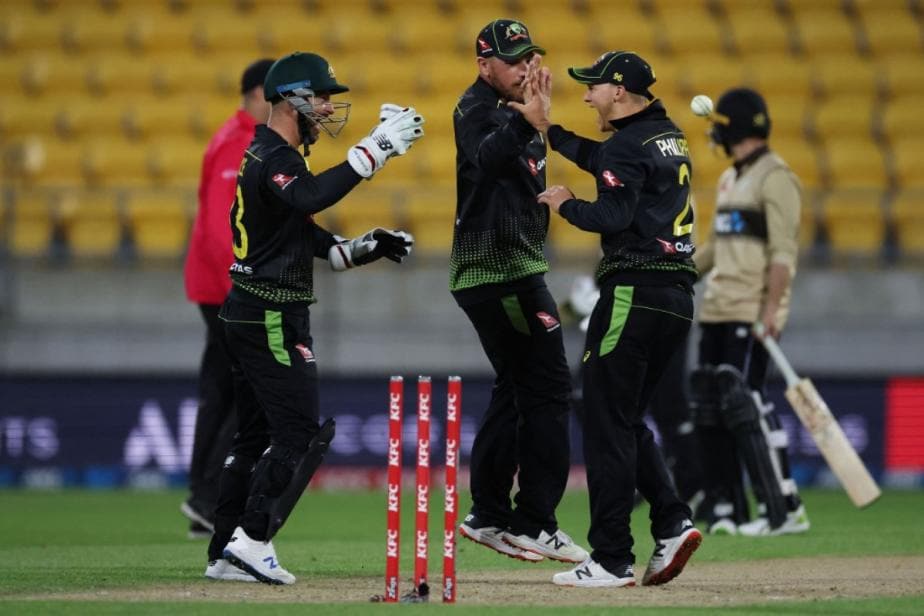 Australia crushed New Zealand by 50 runs in a low-scoring fourth Twenty20 international in Wellington Friday to level the series at 2-2. The result sets up a winner-takes-all blockbuster in the final match at the same venue on Sunday, with Australia in red-hot form after struggling early in the series. The Australians scored 156 for six in their 20 overs after winning the toss and electing to bat. In reply, New Zealand were all out for 106 after 18.5 overs. Captain Aaron Finch anchored the tourists’ innings with a gritty 79, making him Australia’s most prolific T20 international run scorer on 2,310, ahead of David Warner’s 2,265.

Finch chiselled out his 14th T20I half-century off 55 balls before cutting loose with four sixes in the final over, in which Kyle Jamieson conceded 26 runs.But he struggled for partners as the Black Caps pinned back Australia’s batters with accurate bowling and a steady flow of wickets.Despite his man-of-the-match batting performance, Finch singled out his bowling attack for praise, saying they were outstanding on a wicket that did noy play as expected.”I thought we adapted really well, it was a really polished performance with the ball,” he said.

Paceman Kyle Richardson ended with the best figures of three for 19, but spinners Ashton Agar, Adam Zampa and Glenn Maxwell all contributed with two wickets each.Leg-spinner Ish Sodhi was the pick of the New Zealand bowlers, claiming three for 32.The Black Caps made a slow start, with openers Martin Guptill and Tim Seifert managing just one boundary apiece in the opening three overs on a spin-friendly wicket.

Guptill departed cheaply for seven but it was only the beginning of New Zealand’s troubles as they lost a further six wickets for 30 runs.The collapse effectively ended the contest, despite some tail-end resistance from Jamieson, who top-scored for the Black Caps with 30.New Zealand skipper Kane Williamson was frustrated at a passive display that he said needed to improve for Sunday’s decider.”That was a pretty poor performance from us, particularly in the second half,” he said.  “We lacked a little bit of intent at times.”