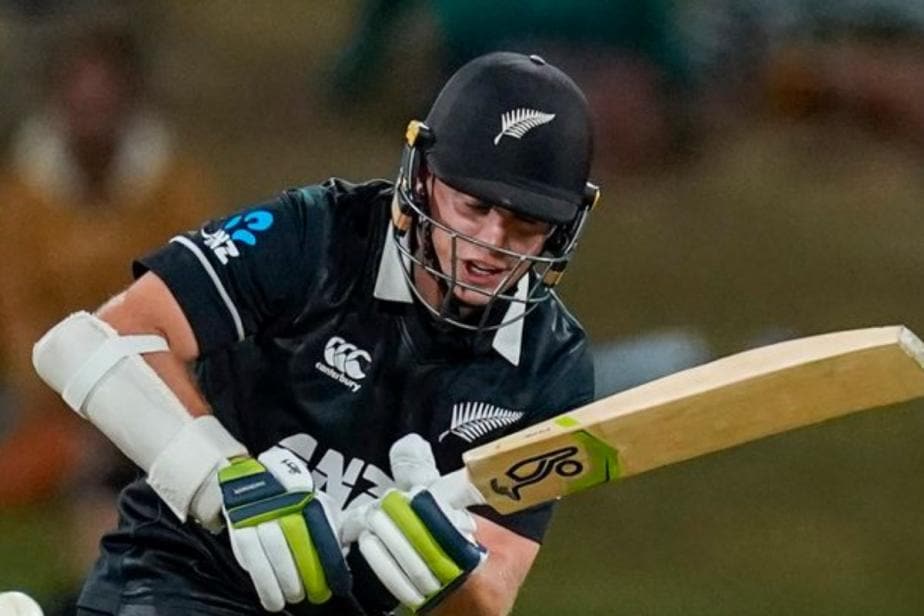 New Zealand beat Bangladesh by 28 runs amid confusion surrounding the Duckworth-Lewis-Stern target for the visitors in a rain-interrupted 2nd T20I at McLean Park on Tuesday. Glenn Phillips, who was declared man of the match, was on 58 off 31 balls while Daryl Mitchell on 34 off 16 when the umpires led the players back due to rains. The New Zealand innings eventually had to be stopped at 17.5 overs when they were already on 173/5 and Bangladesh were initially under the impression that their corrected target was 148 off 16 overs. Eventually, play had to be stopped for five minutes as the target was corrected to 170, which was again an incorrect target and it was revised to 171.

Upping the ante on the New Zealand bowlers after the play resumed, Soumya Sarkar hit five fours and three sixes on his way to 51 off 27 balls However, Phillips and Ish Sodhi pulled things back for New Zealand and Bangladesh succumbed to the pressure. Sarkar soon holed out to long-on off Tim Southee and as the asking rate increased, other Bangladesh batsmen also got out trying big shots. Phillips was the star of the show during the New Zealand innings, smashing five fours and two sixes in a 62-run partnership with Mitchell that came off just 27 balls.

Earlier, An unbeaten 92 from Devon Conway and a four-wicket burst from Ish Sodhi ensured New Zealand romped to victory by 66 runs in the opening Twenty20 against Bangladesh in Hamilton on Sunday. Conway, whose rollicking innings included 11 fours and three sixes, shared in a 105-run stand with debutant Will Young (53), as New Zealand posted an impressive 210 after winning the toss and electing to bat. Mohammad Naim made an enterprising start to the Bangladesh reply with two boundaries off the opening over from Tim Southee. But once the tourists reached 39 in the fifth over the innings fell apart as first Lockie Ferguson removed Naim for 27 and then Sodhi suffocated the momentum with his four wickets in eight deliveries.