Kyle Jamieson's Test career is still in its infancy but a basic overview of his numbers make for impressive reading - his 6 Tests have seen him take 36 wickets at an average of 13.27 and an economy rate of 2.38. 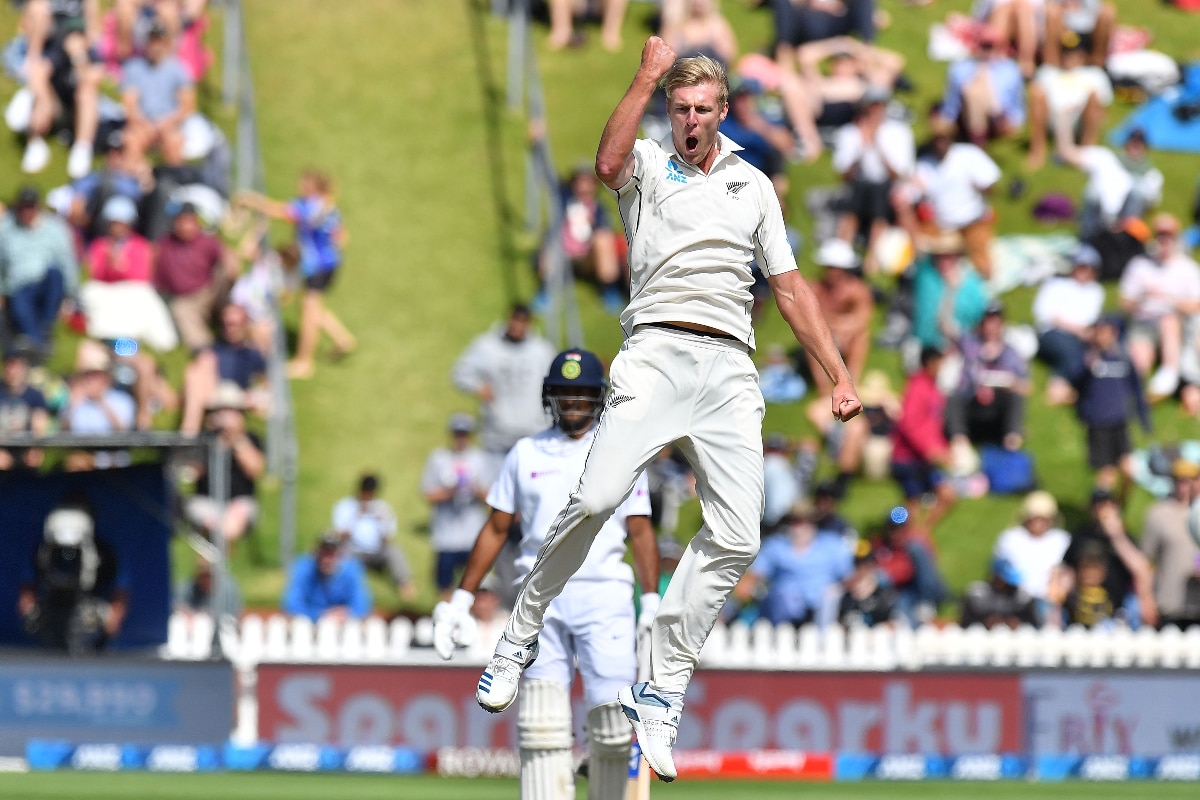 For someone who only made his international debut in 2020 for New Zealand during the ODI series against India, Kyle Jamieson has quickly gone on to become one of their most reliable weapons in Test match cricket. The 6'8" pacer has only played 6 Tests so far but has established himself as one of the first choices on the team sheet in the longest format of the game. His skills with the red ball were on full showcase during the recently concluded Test match against Pakistan, in which he starred with figures of 5-39 and 6-48 as the Kiwis went on to register a massive win by an innings and 176 runs to go atop the team rankings in Test cricket.

Jamieson's Test career is still in its infancy but a basic overview of his numbers make for impressive reading - his 6 Tests have seen him take 36 wickets at an average of 13.27 and an economy rate of 2.38.

Jamieson was born and raised in Auckland and currently even plays domestic cricket for them now. However, it was during his time before playing for his home state that that he first came to prominence in the national spotlight.

The right-arm quick was playing for Canterbury in the 2019 Super Smash tournament and picked up an astounding 6-7 in four overs. His figures are record for New Zealand in T20 cricket and and it says a lot that only three men in the entire world have better individual figures than him in the shortest format of the game.

Jamieson's debut in Test match cricket also came against India in early 2020 in the first of a two-match Test series. The first innings saw him outshine his more experienced contemporaries in Trent Boult and Tim Southee.

As India were rolled out for 165, Jamieson finished the innings with figures of 4-39 - the best among all the New Zealand bowlers. He went wicketless in the second innings but his potential was clear for all to see.

He got his maiden fifer in Tests in the very next game against India; he took 5-45 as India were bowled out for 242. He once again went wicketless in the second innings but once again, he had played his part in a massive win for the home team.

His next round of Test cricket came only towards the end of 2020 when West Indies toured the island nation. He took 4 wickets in the first Test and then took 7 wickets in the second Test - including his second fifer in Tests - as New Zealand registered another convincing win at home.

His wicket count has increased with every series he played - he took 9 against India and 11 against West Indies. He ended the two-Test series against Pakistan with a mammoth 16 wickets!

Jamieson took 5 wickets in the first Test against Pakistan but saved his best for the second and final Test as he took a fifer in each innings - 5-69 in the first innings, 6-48 in the second innings - to help the home side register a mammoth win and seal the series.

It is worth noting that all of Jamieson's Tests so far have been played in home conditions which favour seam bowling. However, the ease with which he has taken to Test cricket should not be ignored and if he keeps going, he will be a match-winner for the Kiwis no matter the geographical location of the match.