New Zealand vs Pakistan 1st Test in Mount Maunganui Live Score Latest updates: ight then! That ends the engrossing Day 1 of the Boxing Day Test. New Zealand with their noses slightly ahead at the moment would look to come out blazing on Day 2 and look to pile on the miserey o nthe Pakistan bowlers. Where as, Pakistan would look to capitalise on the morning session and the new ball. let's see who stamps their authority on Day 2? Do join us for that at 1100 local (2200 GMT). Till then cheers and take care. 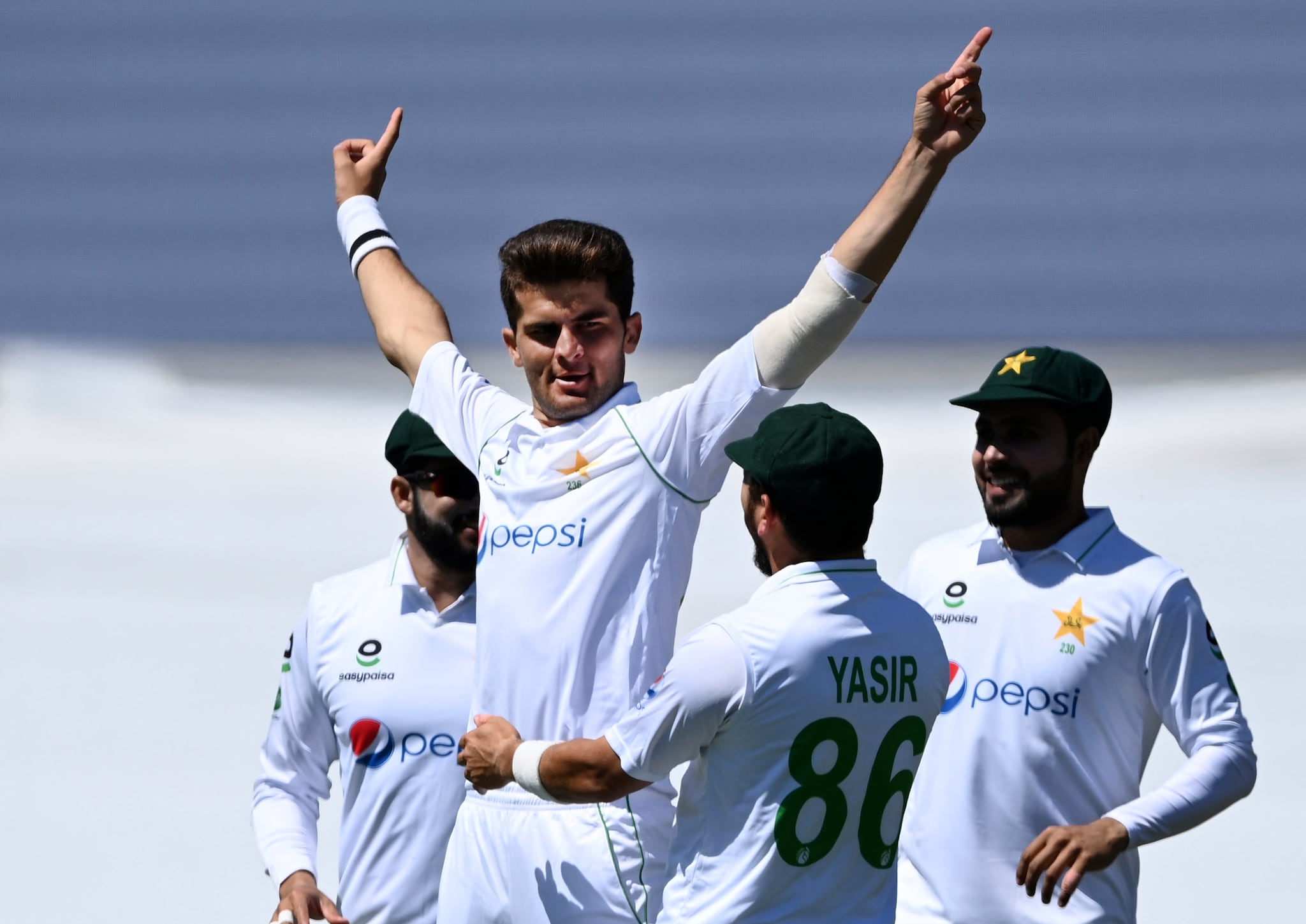 New Zealand vs Pakistan 1st Test in Mount Maunganui Live Score Latest updates: Right then! That ends the engrossing Day 1 of the Boxing Day Test. New Zealand with their noses slightly ahead at the moment would look to come out blazing on Day 2 and look to pile on the miserey o nthe Pakistan bowlers. Where as, Pakistan would look to capitalise on the morning session and the new ball. let's see who stamps their authority on Day 2? Do join us for that at 1100 local (2200 GMT). Till then cheers and take care.

Ross Taylor is down for a quick chat. Let's hear it from him. He says that when he started his career he was happy to play just one or two games but having come this long and far makes him feel happy. He further mentions that he did not hear the announcement but he was congratulated by a few Pakistani players when he walked out to bat. On the pitch he says that entire summer the surfaces have been green but this one here is not that green as the last two games. He further says that they are happy with where they are placed at the end of the day. Mentions that they did not start well as they lost a couple of quick wickets. Praises Shaheen Afridi as he mentions that he did not give away any scoring opportunity. Ends by saying that the margin of error on these New Zealand tracks is minimal and he hopes that the surface starts to show its tricks cometh Day 4 and Day 5.

Coming to the hosts now, they did not begin well as they lost a couple of quick wickets. Once again the Kiwi team and the dressing room laid their hopes and eyes on the experienced duo of Kane Williamson and Ross Taylor. The pair slowly and steadily started building on the platform and in the process both went past their respective fifties as they stitched a 120-run stand for the 3rd wicket. Though Taylor departed after a well compiled 70 runs, Williamson continued his good work as he remained unbeaten on 94 runs and with him is Henry Nicholls who also is unbeaten on 42 runs. The duo have added 89 runs so far.

After a wicketless second session for the visitors, they came back in the third to send a well set Ross Taylor for 70-odd runs. They did bowl well as they kept it simple and tight with a lot of discipline but they failed to pick wickets regularly. To add to it, a couple of dropped catches off Kane Williamson haunted them as the Kiwi skipper made them pay heavily.

Starting with the vistors first up, after electing to field first, Pakistan began on the right note as on the third ball of the match Shaheen Afridi sent Tom Latham back into the hut. He along with Mohammad Abbas made life difficult for the Kiwi batsmen as Afridi snared a second one in the form of Tom Blundell. Having put New Zealand in a spot of bother with the score 13/2, Pakistan seemed to have lost its steam as they failed to pick wickets or contain the run flow.

A day which began on a good note for the visitors ends on a better note for the hosts. Brilliant Day 1 of a Test match where there was even contest between bat and ball. Also, what Craig MacMillan had told earlier during the pitch report came true. The bowlers got all the assistance from the surface and the batters once they got their eyes in then run scoring became easier.

New Zealand, on the other hand, are rebuilding after being given their own medicine to them. Having lost the two openers cheaply has put the Kiwis on the back foot but they would be happy that their ship is in safe hands of the experienced duo of Williamson and Taylor. They would want these two to continue going about their business and take New Zealand towards ascendency.

A brilliant first session of the first Day of the Boxing Day Test and belongs to the visitors. Pakistan were right on the money after winning the toss and opting to field. They managed to send the two New Zealand openers cheaply. All their bowlers have bowled well barring Naseem Shah. Shaheen Afridi is the pick of the bowlers as he was the one to take the couple of wickets that fell in the session. Mohammad Abbas and Faheem Ashraf were brilliant too with the ball in hand.

New Zealand’s late push for a place in next year’s International Cricket Council’s World Test Championship final will come to a head against an injury-hit Pakistan when their two-test series begins on Saturday in Mount Maunganui.

Kane Williamson’s side are third behind Australia and India and need to win both the first game at Bay Oval and then the second from Jan. 3-7 at Hagley Oval in Christchurch to give themselves any chance of making the final at Lord’s.

Williamson, however, was well aware they would also need other results go their way, which may account for him attempting to downplay the underlying significance of the series.

“I think the context of that (the test championship) is great for the game in general,” he told reporters this week. “But our focus ... is to basically start again.

“It’s about coming back to the basics and playing what is in front of us rather than getting too carried away with potential things.”

New Zealand’s chances of sweeping the series have been boosted by the return of top batsman Williamson, who missed the innings and 12-run victory over West Indies in Wellington as he awaited the birth of his first child.

Tim Southee also has added motivation for the first match, with the pace bowling spearhead just four wickets away from joining Richard Hadlee and Daniel Vettori as the third New Zealand bowler to achieve 300 test wickets.

Pakistan, however, will be without injured captain Babar Azam, opener Imam-Ul-Haq and all-rounder Shadab Khan and stand-in captain Mohammad Rizwan said while they would miss the trio he expected others to take their opportunities.

“We trust them,” he said. “And hope they will play well.”

Rizwan was also not concerned with the heavily grassed wicket block, which could prove advantageous for the home side’s strong pace bowling quartet.

“It doesn’t matter for the pitch if there is a bit of grass,” he said.