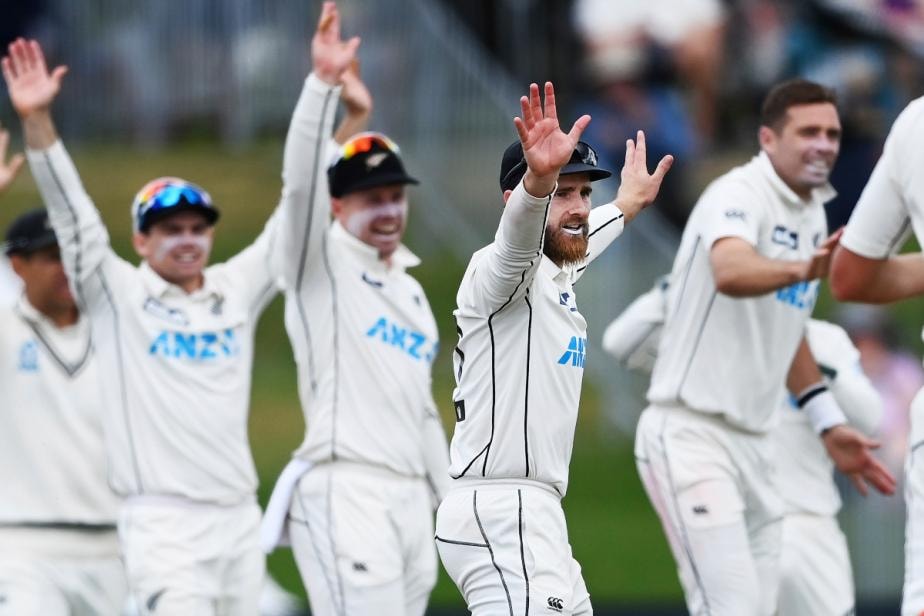 Kane Williamson-led New Zealand side have created history as they, for the first time in their cricketing history, have claimed the numero-uno position in the ICC Test rankings.

Kane Williamson-led New Zealand side have created history as they, for the first time in their cricketing history, have claimed the numero-uno position in the ICC Test rankings. All of this was made possible as they beat Pakistan in the first of the two match Test series by 101 runs. This was their fifth consecutive win on the trot in 2020.

After reducing Pakistan to 75/4 in a stiff chase in Mount Maunganui, the hosts thought they will have a walk in the park on the final day but some dogged resistance from the visitors made it look anything but. Fawad Alam (102) & Mohammad Rizwan (60) put up a 165-run stand for the fifth wicket to delay the win.

Earloer this year, New Zealanad clean swept India and went onto beat West Indies 2-0 in the two match Test series. Riding on these superb performances, they leapfrogged their Trans-Tasman rivals Australia who faced an eight-wicket defeat to India in MCG. Meanwhile India are third in the latest ICC Test rankings.

Earlier on the final day of the first Test, New Zealand got rid of overnight batsman Azhar Ali in just the second over of the day with pace bowler Trent Boult removing him for 38. It then seemed that the game would be over in the first session itself. However, Fawad Alam scored a century (102 off 269 balls) and added 165 for the fifth wicket with Mohammed Rizwan, who made his second half-century in the first Test, to parry the New Zealand attack. Rizwan, standing in as captain for regular skipper Babar Azam, made 60 off 191 balls following up on the 71 he made in the first innings.The duo consumed 62.3 overs of the 90-over day during a flawless display of defensive batting and when they entered the final session it seemed that the game would end in a draw.

However, pace bowler Kyle Jamieson dismissed Rizwan leg before the wicket after a review by New Zealand and soon after Fawad Alam was caught down the leg-side off Neil Wagner while attempting to pull a short delivery, something he had let go during most of the final day’s play.The floodgates opened and the last four wickets fell for 20 runs in 15 overs.

The last pair of Naseem Shah and Shaheen Afridi held out for 7.5 overs before Naseem was caught and bowled by Mitchell Santner with just 4.3 overs remaining in the match.All the five New Zealand bowlers picked two wickets each.Skipper Kane Williamson got the man-of-the-match award for his 129 in first innings.