New Zealand vs West Indies: Devon Conway Set to Debut With 'A Point to Prove'

Left-handed batsman Devon Conway has a point to prove to cricket administrators back in South Africa when he takes the field for his adopted country against West Indies on November 27 in the T20 International series. 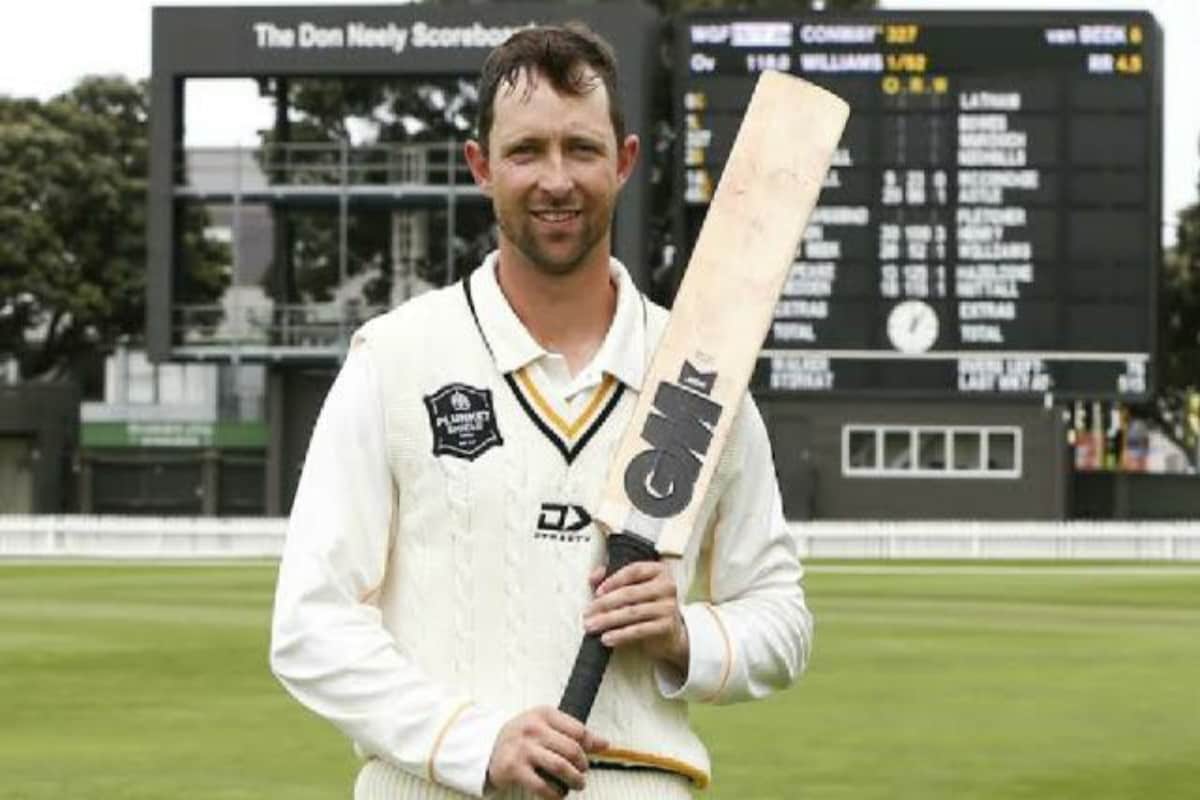 Left-handed batsman Devon Conway, the latest New Zealand find, has a point to prove to cricket administrators back in South Africa when he takes the field for his adopted country against West Indies on November 27 in the T20 International series.Conway is South African by birth and lived in Johannesburg before shifting to New Zealand in 2017. While he performed well at the provincial-level first-class cricket, his performance at the highest first-class level in South Africa, the franchise cricket, was below par, forcing him to switch to a different country for better international opportunities.

In South Africa's domestic cricket, he did extremely well for Gauteng provincial side averaging over 53 in 52 first-class matches but his average slipped to 21.29 from 12 first-class games for Lions at the highest franchise level. In T20 cricket too, while he averaged a shade above 46 for Gauteng, his average got stuck at 21.5 for Lions.Those who know him say that his lower averages were due to the fact that he wasn't played regularly.

"He has gone to New Zealand with a point to prove," Dom Hendricks, a friend and Lions and Gauteng teammate of Conway, told IANS over phone from Johannesburg. "He would get one or two games at the Lions and would be discontinued. He did not get consistent opportunities for long enough. He wants to prove a point that he belongs to the highest level. I am glad he has been picked for the New Zealand side and his game has improved leaps and bounds."

Hendricks, 30, who has known the 29-year-old Conway since schooldays and also toured England with Conway for club cricket 'a year before Conway moved to New Zealand' adds that Conway's decision to move to New Zealand came as a surprise to him."He never betrayed to me that he wanted to shift to New Zealand."Conway was a very good T20 batsman but he gradually grew into Test mould.

The then Lions coach Geoff Toyana says that Conway is more a longer format batsman. "I have seen him since his U-19 days and always rated him very, very highly. He is a leftie, has all the shots in the book. He has a good head on his shoulders. He is a top-order batsman who makes big hundreds. He is not satisfied with scoring a hundred and getting out, he scores 180-200, i.e. big hundreds," Toyana told IANS over phone from Johannesburg.

"I see him being more successful as a Test cricketer. The way he plays and the hunger he has. Am not saying his T20 cricket won't be good. All I am saying is that he will be more successful as Test batsman.""His cover drive is very good, he is a left-hander, works on his game. But it is not the technical side where he lacks, it is the mental side, him believing that he can get to the next level," added Toyana.

Toyana says although the population size in South Africa -- higher than New Zealand's -- makes it harder for a player to make the international grade, he did agree that the left-handed batsman did not get enough opportunities for Lions which reflected on his averages. "It is tough when you are not a regular in a team. If you are getting consistent chances, it relaxes you. But it is tough when you are getting chances only intermittently, and having to wait to play. His luck at Lions was not good," said Toyana.