Sharing an adorable picture, Pooran wrote, “God has blessed us with a great blessing. I am glad to announce that @kathrina_miguel and I got engaged. Love you Migz.️ I got you.” 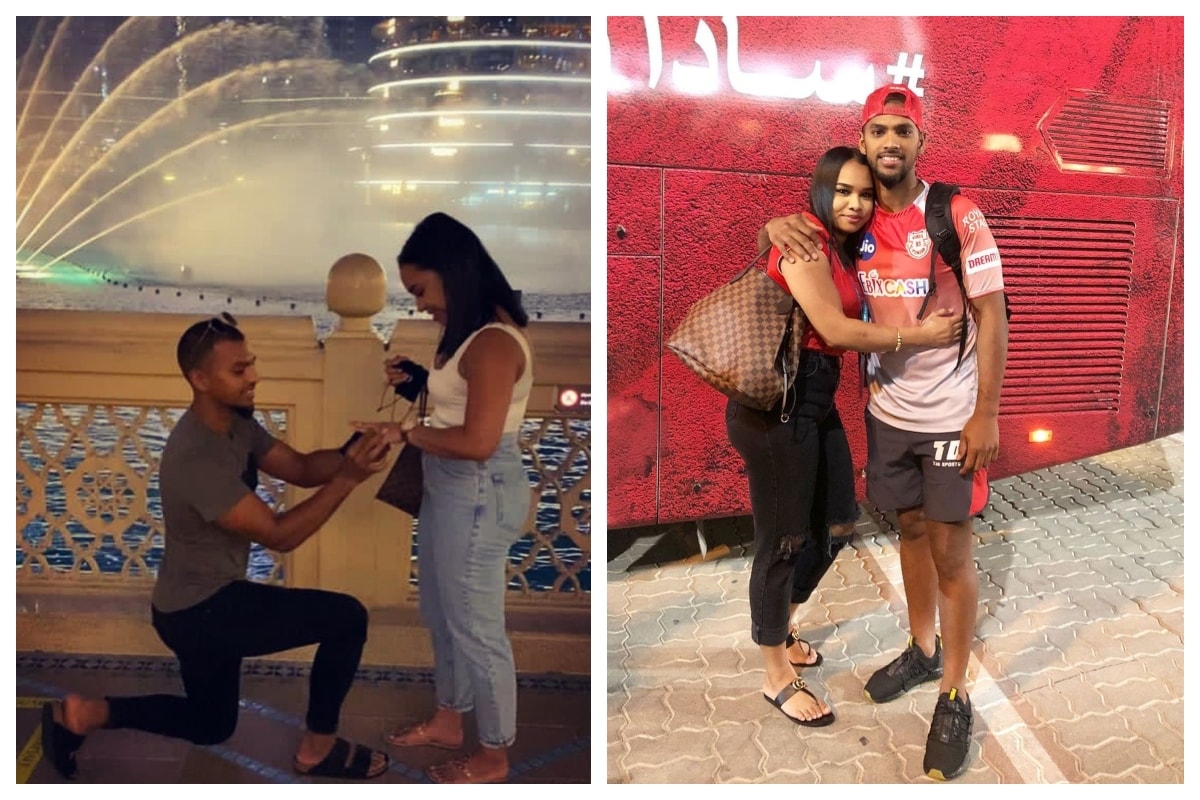 West Indies star Nicholas Pooran surprised his fans across the globe after he announced his engagement. The left hander went down on his knees and planted a ring on long-time girlfriend, Kathrine Miguel’s finger.

Sharing an adorable picture, Pooran wrote, “God has blessed us with a great blessing. I am glad to announce that @kathrina_miguel and I got engaged. Love you Migz.️ I got you.”

Kathrina also shared a few pictures on Instagram and wrote, “He has made everything beautiful in its time. Ecclesiastes 3:11. Being loved by you is a blessing I thank God every day for. Love you @nicholaspooran.”

The 25-year-old went all guns blazing this year during the Indian Premier League. The Trinidadian played some crucial knocks for his side, Kings XI Punjab in the UAE this IPL season. Pooran also made a significant impact in the tournament with some of his unforgettable sixes, impressive fielding and jaw-dropping catches. He was also the only player among all the franchises with the biggest six which went for 106 m. Kathrina was accompanying Pooran in the UAE and was spotted in the stands. She was seen cheering for her boyfriend throughout the contest.

Nicholas Pooran has been named as the T20I vice-captain by the Cricket West Indies (CWI) for the upcoming series against New Zealand. West Indies will play two Tests and three T20I matches against the Black Caps during the tour of New Zealand from November 27 to December 15. After the New Zealand series, Pooran will play in the Big Bash League in Australia.