Nidahas Trophy: India vs Bangladesh, 5th T20I When and Where to Watch, Live Coverage On TV, Live Streaming Online

Buoyant after registering a six-wicket victory over Sri Lanka, a confident Rohit Sharma-led India would aim to seal a final berth in the Nidahas Trophy Twenty20 tri-series when they face a tricky Bangladesh at the R Premadasa Stadium on Wednesday. 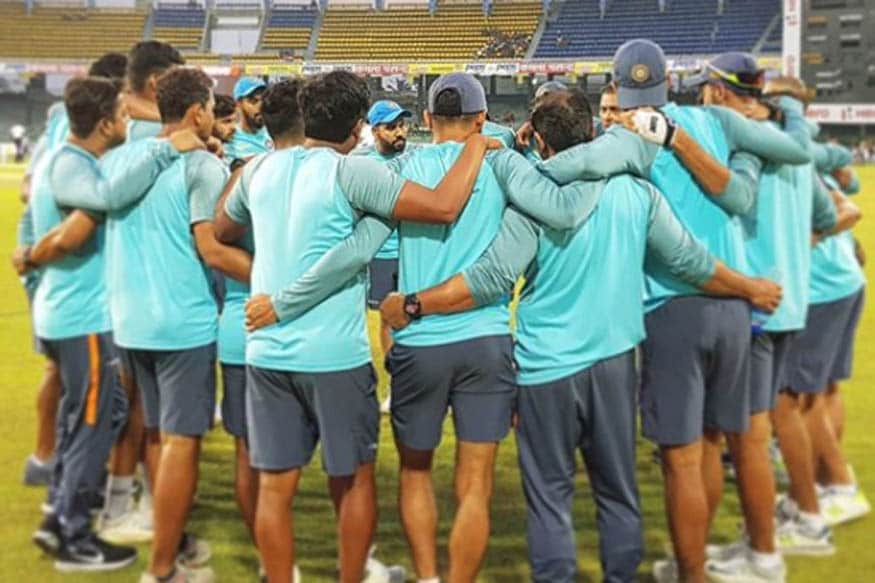 Buoyant after registering a six-wicket victory over Sri Lanka, a confident Rohit Sharma-led India would aim to seal a final berth in the Nidahas Trophy Twenty20 tri-series when they face a tricky Bangladesh at the R Premadasa Stadium on Wednesday.

The live broadcast of the match will be shown on DSport. You can also catch the live coverage on Rishtey Cineplex/HD in Hindi commentary. Also watch the match live on JioTV. The match is scheduled to start at 7.00 PM IST. You can also check out CricketNext's LIVE blog for all the latest action from the match including live scores, ball-by-ball commentary and analysis.

By no means would Bangladesh be pushovers in the shortest format of the game as well after their record 215-run chase against Sri Lanka and a win against India will bolster their chances of making it to Sunday's final.

India lost to Sri Lanka unexpectedly in the tournament opener but came back strongly to beat both Bangladesh and the hosts consecutively.

A defeat may not be end of the road for India as it will then depend on the outcome of the final game between Bangladesh and Sri Lanka. The net run-rate will also be a factor.

India don't have key players including regular captain Virat Kohli for this tri-series meant to give the younger crop a chance.

A few players such as Deepak Hooda, Mohammed Siraj and Axar Patel are yet to play a game in the tournament but the likes of all-rounder Vijay Shankar -- playing in place of Hardik Pandya -- and paceman Shardul Thakur have done well.

Skipper Rohit Sharma has been out of form and the Mumbai batsman would like to hit the purple patch as soon as possible. Rohit's sudden slump does not augur well for the team as well as his IPL franchise Mumbai Indians.

India have not got good starts in the tournament despite Shikhar Dhawan's (153) blazing form as Rohit has been dismissed cheaply in all the matches.

Suresh Raina has got his 20s while Manish Pandey has remained steady in the middle-order. Dinesh Karthik's 39 off 25 balls against Sri Lanka has ensured that Rishabh Pant will continue to warm the dug-out.

Coming to Bangladesh, in their first meeting India did well to restrict them to 139 but in their very next match, the likes of Tamim Iqbal, Liton Das, Mushfiqur Rahim hammered the Sri Lankan attack into submission chasing down the highest-ever target on Sri Lankan soil.

Thakur has done well in the last two games while Vijay Shankar has also been steady with his variations.

In-form wrist spinner Yuzvendra Chahal has been expensive in both games against Sri Lanka while off-spinner Washington Sundar has shone opening the bowling in the Powerplay overs in every game.