On This Day: 18th November, 2007 - MS Dhoni and Yuvraj Singh put together a 105 run stand for the third wicket helping India chase down 239 in Guwahati 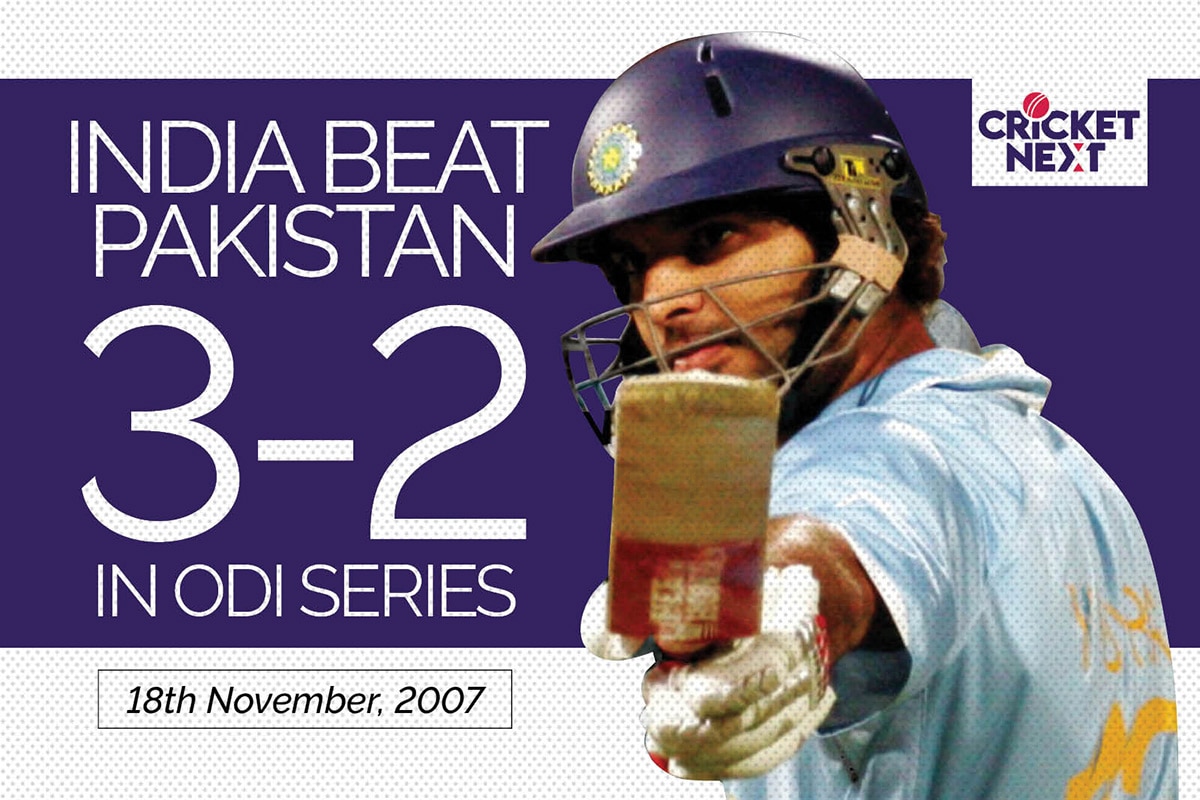 India completed a 3-2 series win against Pakistan in a closely contested series at home. MS Dhoni and Yuvraj Singh put together a 105 run stand for the third wicket helping India chase down 239 in Guwahati. Sachin Tendulkar top-scored for the hosts in the second ODI in Mohali with a 91-ball 99 but a 117 from Younis Khan helped Pakistan chase down a stiff target of 321 in a thrilling 4 wicket victory off the penultimate ball of the match.

With the series tied at 1-1, the contest moved to Kanpur. Yuvraj Singh's 77 led India's charge as they posted 294 for 6 in their allotted 50 overs. Despite a hundred by Salman Butt, Pakistan fell well short and went down by 46 runs. Zaheer Khan and Harbhajan Singh were the pick of the Indian bowlers conceding at an economy rate of 3.4 and 3.2 respectively.

India sealed the series in the 4th ODI in Gwalior with Tendulkar's 97 leading the way in the 256-run chase. Sehwag scored a useful 43 at number 4 but it was once again the famous middle-order duo of Yuvraj Singh and MS Dhoni who put together an unbeaten 101 run stand for the fifth wicket to guide India home in the 47th over.

Pakistan earned a consolation win in Jaipur beating India by 31 runs. Shoaib Malik top-scored for Pakistan with 89 off 82 deliveries and helped them post a massive 306 for 6. Sohail Tanvir rattled the Indian top-order. Fifties from Rohit Sharma and Yuvraj SIngh in the middle order were not enough as India fell well short.

Mohammad Yousuf was the highest run-getter of the series with an aggregate of 283 runs. Yuvraj Singh was India's top-scorer with an aggregate of 272 runs including 4 fifties. He was also fairly economical conceding at a rate of 5.5 runs per over and was declared the Player of the Series for his all-round effort.

The 18th of November, 2007, marked the culmination of an important series win for India. Pakistan had beaten them 4-2 when they toured last in 2005.