Back to News18
Home » Cricket Home » News » On This Day: Australia Create History With a Hat-trick of Cricket World Cup Titles in 2007

On This Day: Australia Create History With a Hat-trick of Cricket World Cup Titles in 2007 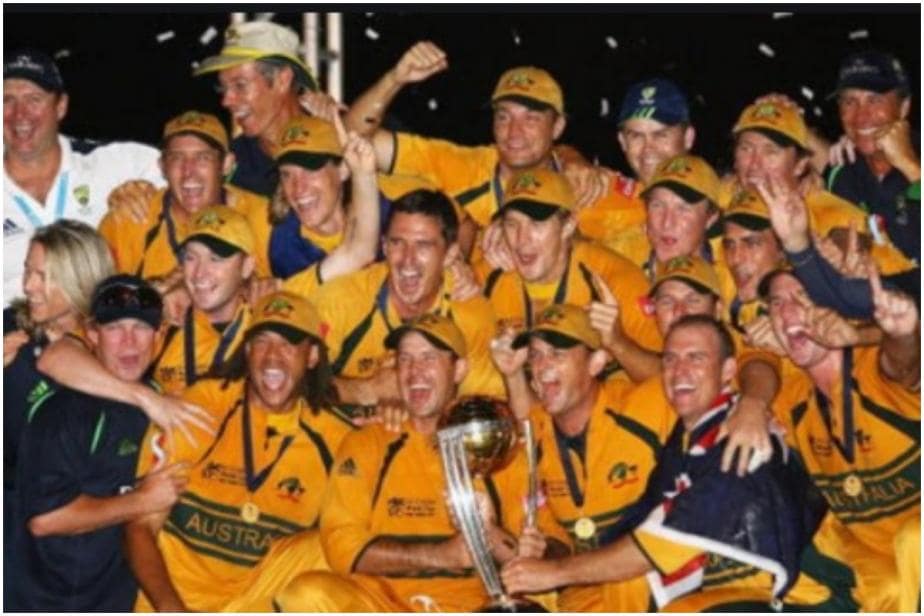 The Aussies have been the most successful team in the history of World Cups, having lifted the prestigious title a record five times since the inception in 1975

Amid scenes of unprecedented confusion, Australia on this day in 2007 won a record third successive World Cup. The defending champions bagged a hat-trick of sorts as they defeated Sri Lanka by 53 runs in a rain-curtailed final at Kensington Oval in Barbados. The Aussies have been the most successful team in the history of World Cups, having lifted the prestigious title a record five times since the inception of the championship in 1975. But from 1999 till 2007, Australia dominated the tournament by winning three editions – 1999, 2003 and 2007.

Earlier in the match, riding on, opener Adam Gilchrist and Matthew Hayden (38) put on 172 for the first wicket. The duo breached the previous opening stand of 129 in a final set by England’s Mike Brearley and Geoff Boycott against West Indies in 1979. However, their win was set up by vice-captain Gilchrist’s superb century. The Australians scored 281/4 from 38 overs. The southpaw was at his sublime best as he plundered 149 runs from 129 balls, which included 13 fours and eight maximums.

In reply, the 1996 champions Sri Lanka made a spirited reply with Sanath Jayasuriya (63) and Kumar Sangakkara (54) stitched a century stand for the second wicket. However, after their dismissals, the Islanders kept losing wickets at regular intervals and fell behind the scoring rate. Rain added to their misery as it swept across the venue, stopping play for 12 minutes, and Sri Lanka’s target was reduced. In the end, Australia won the match convincingly, via the Duckworth and Lewis method.

The biggest cricket tournament’s final was not bereft of controversies as several requirements were flouted that day at Kensington Oval. There were doubts over the final being played on that day, as a steady drizzle converted into a heavy shower and later the sporting venue’s lights had a technical glitch, which cast ominous shadow over the victory. The field umpires Steve Bucknor and Aleem Dar, reserve umpire Rudi Koertzen and match referee Jeff Crowe were booed for the farcical finish.