Back to News18
Home » Cricket Home » News » On This Day: Campbell, Hope Scripted Highest Opening Partnership in ODIs Against Ireland in 2019

On This Day: Campbell, Hope Scripted Highest Opening Partnership in ODIs Against Ireland in 2019 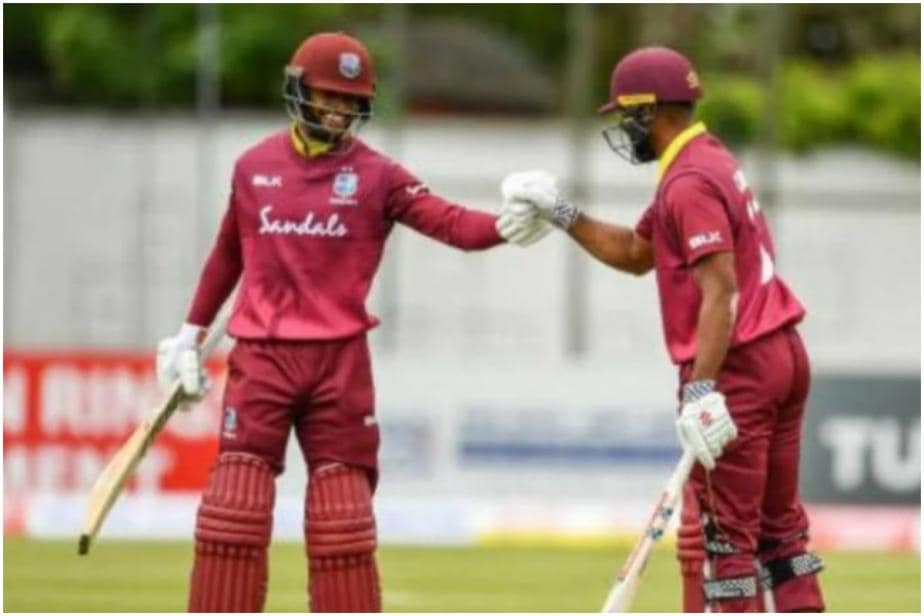 West Indies openers John Campbell and Shia Hope scripted a historic world record with their marvellous and breath-taking 365-run opening partnership against Ireland at the Clontarf Cricket Club Ground in Dublin on May 5, 2019. The duo surpassed the earlier record (304 runs) set by Fakhar Zaman and Imam-ul-Haq against Zimbabwe in 2018.

Earlier in the match, put to bat first, the West Indies openers Campbell and Hope took time to settle, but they didn’t lose time to hammer Ireland’s bowlers all around Clontarf Cricket Club. Campbell went to score 179 runs off 137 balls, studded with 15 fours and six maximums, while Hope registered 170 runs from 150 balls. His innings was laced with 22 fours and two sixes.

The pair’s strong 365-run stand was finally broken in the 48th over where Campbell top-edged Barry McCarthy to mid-off and three deliveries later, Hope holed one out straight to the fielder at deep square-leg. Their partnership took the West Indies’ total to 381/3 in the allotted fifty overs. Defending the score, West Indies bowled out the hosts for 185 runs and the visitors won the match by 196-run margin. Ashely Nurse took four wickets (5/51), while Shannon Gabriel picked three wickets (3/44).

The pair of Campbell and Hope’s record breaking opening stand was on course to register the highest partnership for any wicket in ODI cricket, but the duo missed the mark by just seven runs. The highest partnership in limited overs format belongs to their compatriots Chris Gayle and Marlon Samuels. Both batsmen stitched a 372-run partnership for the second wicket against Zimbabwe in the 2015 Cricket World Cup.

However, the duo of Campbell and Hope surpassed the 331-run partnership between India’s Sachin Tendulkar and Rahul Dravid against New Zealand in 1999 at Hyderabad.