On This Day in 1987: Australia Won Their First Cricket World Cup Title

Australia, led by Allan Border, held their nerve in crunch situations against England to lift the trophy before 95,000 cheering spectators — the largest in a World Cup game till then at the Eden Gardens on November 8, 1987 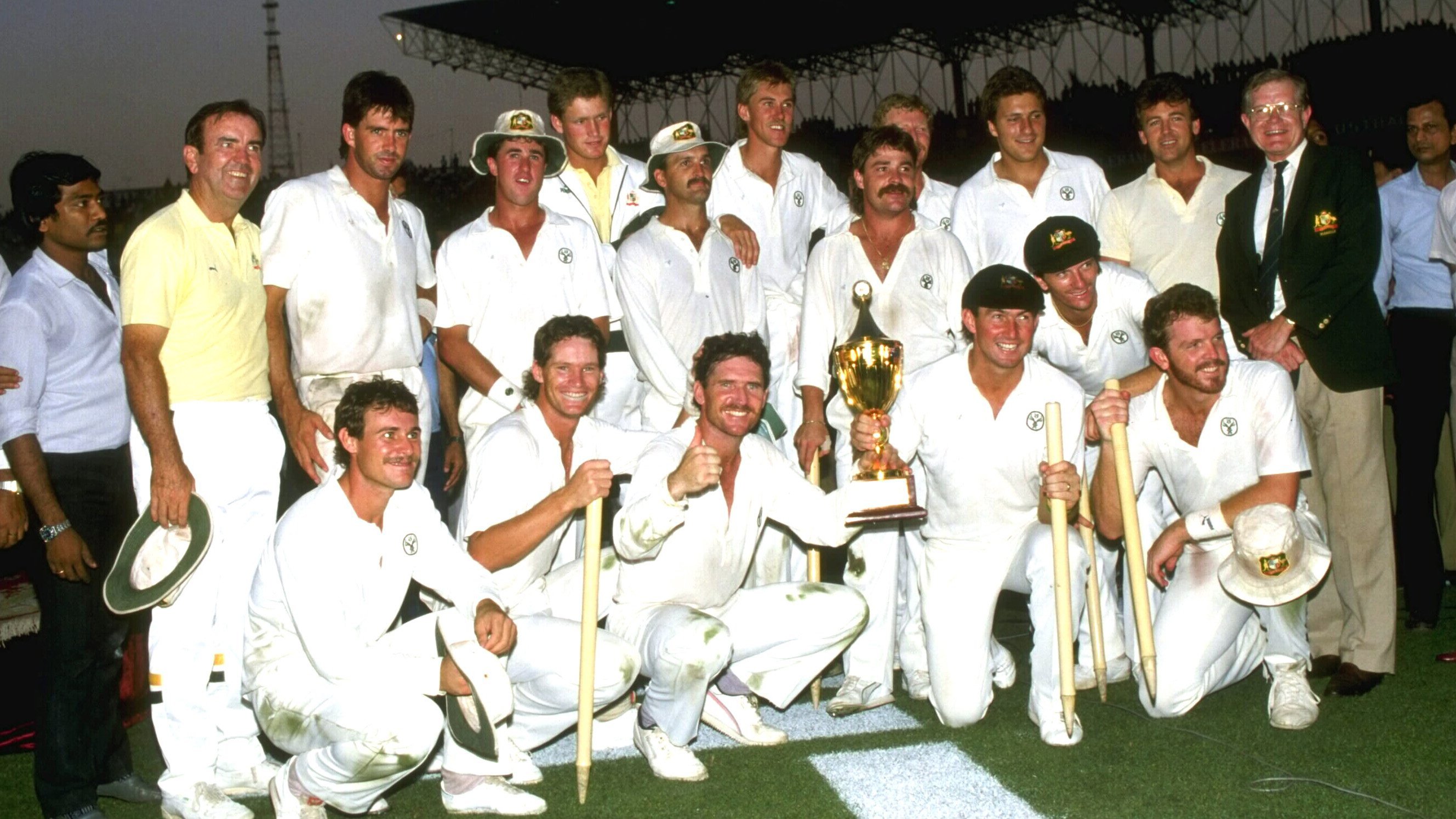 With former winners West Indies and India out of the tournament, the carpet was set for a new champion and it was Allan Border’s Australia that outclassed England to become the new cricket powerhouse. This victory also marked the start of Australia’s domination in world cricket.

Both England and Australia’s journey to the 1987 WC final was an identical one – finished at the second spot in their respective grounds and then battered table-toppers India and Pakistan respectively in the semis to qualify for the showpiece event in Kolkata.

On judgment day, Australia landed the first blow by winning the toss. Batting first, Aussie opener David Boon gave his side a brisk start by scoring 75 runs off 125 balls with the help of seven boundaries. Boon was also supported by his teammates – Geoff Marsh (24), Dean Jones (33) and Border (31) – as Australia posted a target of 253/5 in fifty overs in front of their opponents. Mike Veletta also scored a quickfire 45 runs off 31 balls. Chasing 254 for a win, England’s start was not great as their opener Tim Robinson was removed for a golden duck. However, Graham Gooch (35) and Bill Athey (58) steadied their ship and put them on course to victory.

The duo of Mike Gatting and Allan Lamb further strengthened their position by scoring 41 and 45 runs respectively. Border brought Australia back into the game by dismissing Getting and soon England’s wicket started tumbling. In the end, England fell seven runs short of Australia’s total as Border became the first Aussie captain to lift the WC trophy.