Back to News18
Home » Cricket Home » News » On This Day in 2004: MS Dhoni Makes his India Debut; Gets Run-out for a First-ball Duck, Watch Video

On This Day in 2004: MS Dhoni Makes his India Debut; Gets Run-out for a First-ball Duck, Watch Video 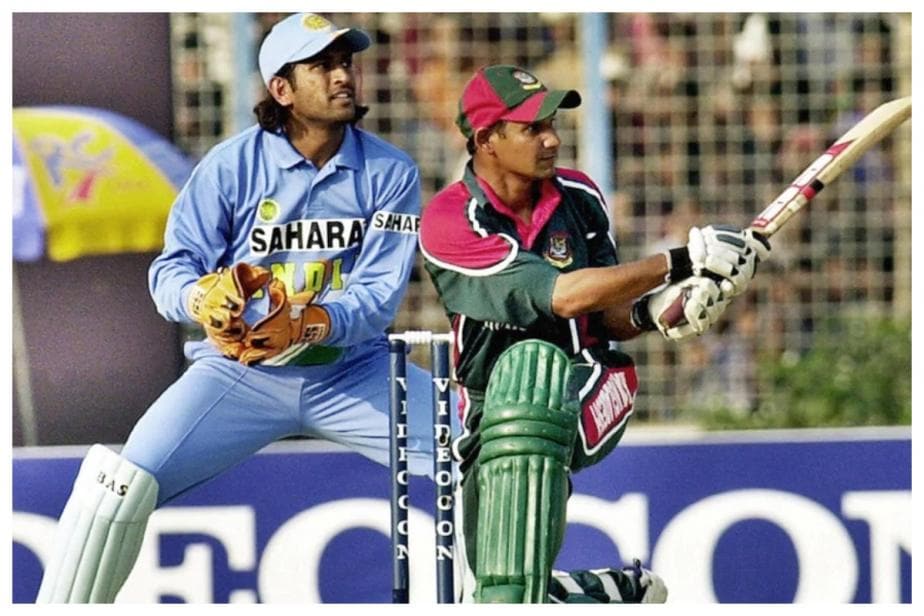 MS Dhoni made his ODI debut against Bangladesh in Chittagong where he was run out for a duck on the first ball he faced.

On This Day in 2004, MS Dhoni Makes his India Debut | MS Dhoni might be among India's greatest One-Day international players but the remarkable journey didn't start too kindly for the man who eventually went onto win everything there is in cricket. Dhoni made his ODI debut against Bangladesh in Chittagong where he was run out for a duck on the first ball he faced. However, he was given another chance by captain Sourav Ganguly, and only in his 5th ODI, he went onto score a magnificent ton - 183.

Dhoni then went onto captain India in the inaugural T20 World Cup, which the team won, before playing a starring role in the final of the 2011 World Cup as India lifter the cup after 28 years. He also led the team to glory in the 2013 Champions Trophy. He passed on the mantle in the limited overs to Virat Kohli in 2017 and eventually announcedhis retirement in 2020, with his last appeareance coming in India's semi-final lost to New Zealand, ironically, with a run-out.

A small-town boy whose first love was football went on to become one of the greatest players in the history of cricket. MS Dhoni has been a great of the game – one of the most astute and successful captains of all-time taking India to the pinnacle in 2007 and 2011, an all-time legendary ODI batsman and amongst the best with the gloves behind the stumps. Dhoni had his own style and methods and in many ways was the first big SUPERSTAR from the hinterland of India, breaking the monopoly of Delhi, Mumbai, Bengaluru and Chandigarh! 50.57: Amongst the Top 8 Batting Averages in ODI history

Dhoni is one of the two batsman (the other being Virat Kohli) who has achieved the double of scoring 10,000-plus runs at an average of above 50.

There are 14 batsmen who have scored more than 10,000 runs. Dhoni is the only one amongst them who has not batted a majority of his career in the top 4 positions. In other words, he is the only proper middle-order batsman in this elite list.

There are 8 batsmen who have a batting average of 50 or more (min. 2000 runs). Dhoni is the only one along with Michael Bevan who is a specialist middle-order batsman on this list.