Back to News18
Home » Cricket Home » News » On This Day in 2019: India Record a Historic First Test Series Win in Australia

On This Day in 2019: India Record a Historic First Test Series Win in Australia

Kuldeep Yadav picked up 5 to bowl out Australia for 300. India enforced the follow-on and would have in all likelihood made it 3-1 if not for rain playing spoilsport. 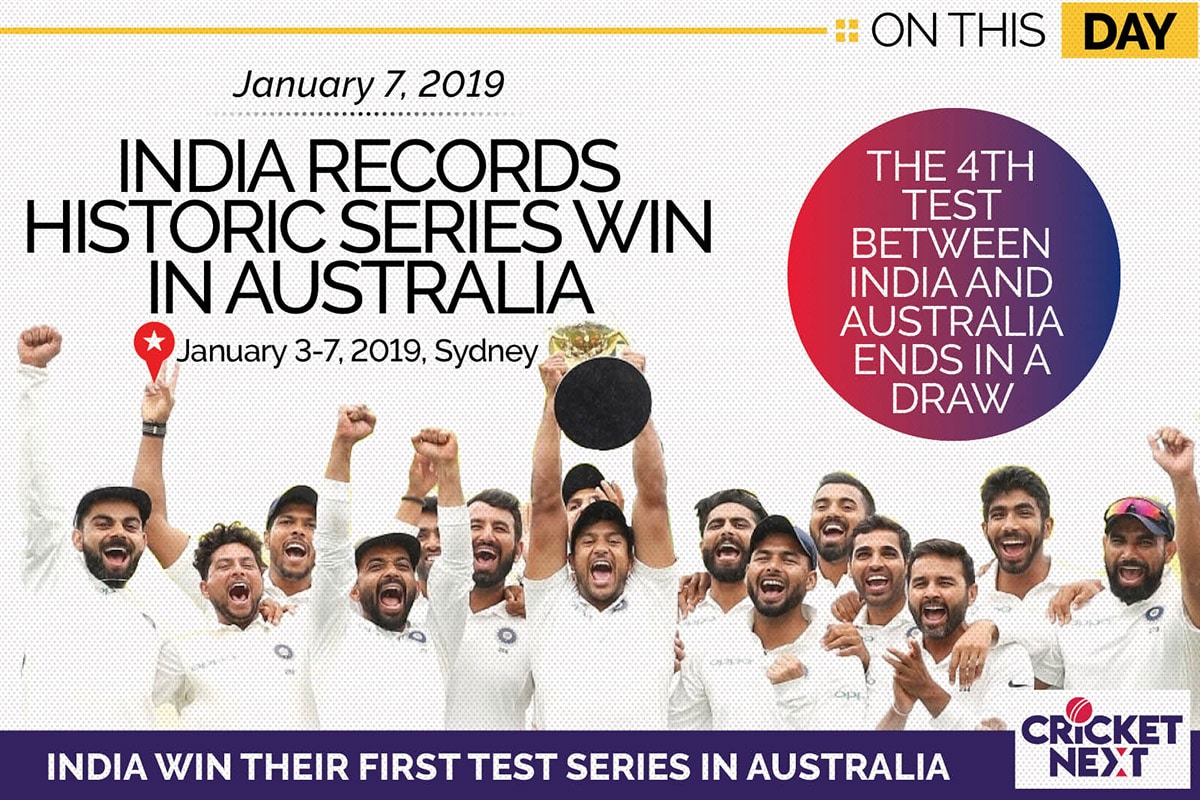 January 7, 2019 will remain one of the greatest days in India's Test cricket history. The visitors drew the final Test at the SCG (January 3-7, 2019) and with it beat Australia 2-1 in the four-match series to record a historic series win Down Under - their first in 12 tours to Australia. Cheteshwar Pujara scored 193 while Rishabh Pant hammered an unbeaten 159 off just 189 deliveries in the first innings as India amassed a massive 622 for 7 - almost making it impossible for them to be defeated in the match. Kuldeep Yadav picked up 5 to bowl out Australia for 300. India enforced the follow-on and would have in all likelihood made it 3-1 if not for rain playing spoilsport.

Pujara was India's star with the bat. He aggregated 521 runs in 4 Tests at an average of 74.42 with 3 hundreds. Pant and Virat Kohli also registered a century each in the series.

Jasprit Bumrah was the joint-highest wicket-taker with 21 wickets in the 4 matches at a bowling average of 17 and strike rate of 44.9. He was well supported by Mohammed Shami who bagged 16 wickets at 26.18 a piece. Ishant Sharma also picked 11 wickets in the three Tests he played in the series at an average of 23.81.

India had won the series opener in Adelaide by 31 runs - Pujara with a fine 123 in the first innings was the standout performer for India. However, Australia levelled the series with a thumping win in Perth. Pujara's second hundred of the series coupled with fifties from Mayank Agarwal, Virat Kohli and Rohit Sharma gave India a huge first innings total at the MCG and Bumrah did the rest picking 6 wickets routing the home team for 151 in the first innings. India went on to win by 137 runs and took a 2-1 lead in the series which remained the final scoreline.