On this day one year ago, India beat Pakistan by 89 runs (D/L method) in their ICC World Cup 2019 group stage encounter. 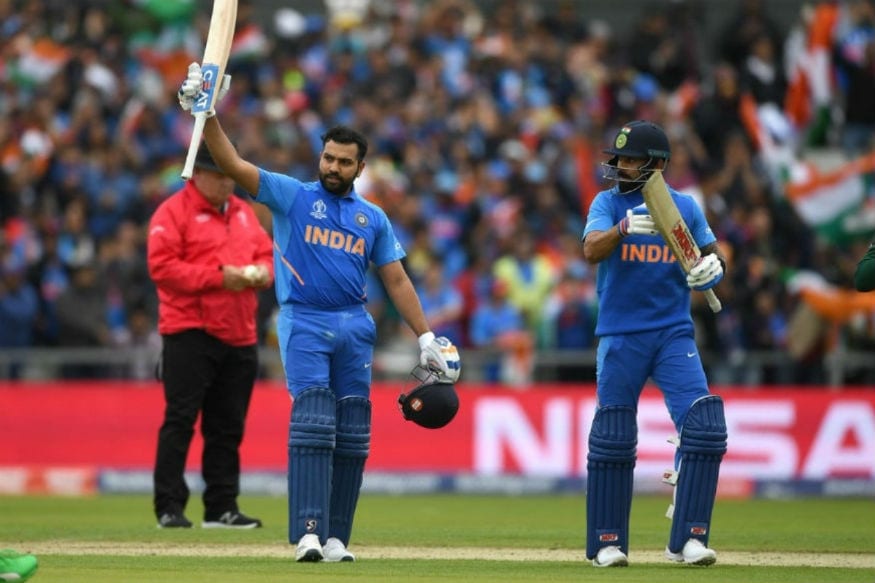 On this day one year ago, India beat Pakistan by 89 runs (D/L method) in their ICC World Cup 2019 group stage encounter.

A century from Rohit Sharma, and some inspired bowling from Kuldeep Yadav and Hardik Pandya saw India record what was their seventh straight win in World Cups against their arch-rivals.

Chasing 337 to win, Pakistan were cruising at 117-1 after 21 overs before double strikes from Kuldeep and Hardik Pandya reduced them to 129-5 and all but broke the back of Pakistan’s resistance.

A lengthy rain interruption at the end of the 35th over meant that when play resumed, Pakistan needed 136 from 5 overs according to the revised playing conditions which set them a target of 302 in 40 overs.

Rohit’s 24th ODI century and second in the tournament helped India post 336 for 5 after India were put in to bat first.

Rohit made 140 off 113 balls with three sixes and 14 fours. He got solid support from his new opening partner KL Rahul, who made a steady 57 off 78.

The duo added 136 for the opening wicket to set the base. Pakistan had a chance to run out Rohit on 32 and also when he was on 37, but Shadab Khan's throw from point to the keeper was wayward.

Rohit made Pakistan pay for the lapses. He crossed 50 off 34 balls with a six and a four off Shadab, who was way too short.

Also Read: Ganguly's Role in My Career Was Huge, He Backed Me When I Had Zero Backing - Harbhajan

The first 100-run opening stand for India against Pakistan in a World Cup came in the 18th over, and Rahul too got to his half-century soon with a six off Shoaib Malik.

A forced change in angle from Wahab Riaz ended the partnership. Wahab was warned for running on the danger zone twice off successive balls in the 24th over, after which he switched around the wicket. Rahul tamely chipped a full ball to cover.

Rohit carried on, bringing his century up off 85 balls. Rohit and Virat Kohli added 98 for the second wicket before Rohit scooped Hasan Ali to short fine-leg.

Kohli took on the baton, crossing his half-century and then becoming the fastest ever to 11000 ODI runs.

India promoted Pandya to No. 4 again and seemed set for a launch from 248/2 in 40 overs. He managed 26 off 19 but MS Dhoni falling cheaply hurt their finish.

Rain interrupted their innings for around half an hour, after which India resumed to finish on 336. India added only 38 in the last five overs, with Shankar managing 15 off 15 and Kedar Jadhav 9 off 8.