Back to News18
Home » Cricket Home » News » On This Day: India wins Chennai Test to seal series 2-1 against Australia in 2001

On This Day: India wins Chennai Test to seal series 2-1 against Australia in 2001

The star of the match for India was Harbhajan Singh, who claimed 15 wickets in two innings to help the team win the series decider by two wickets. 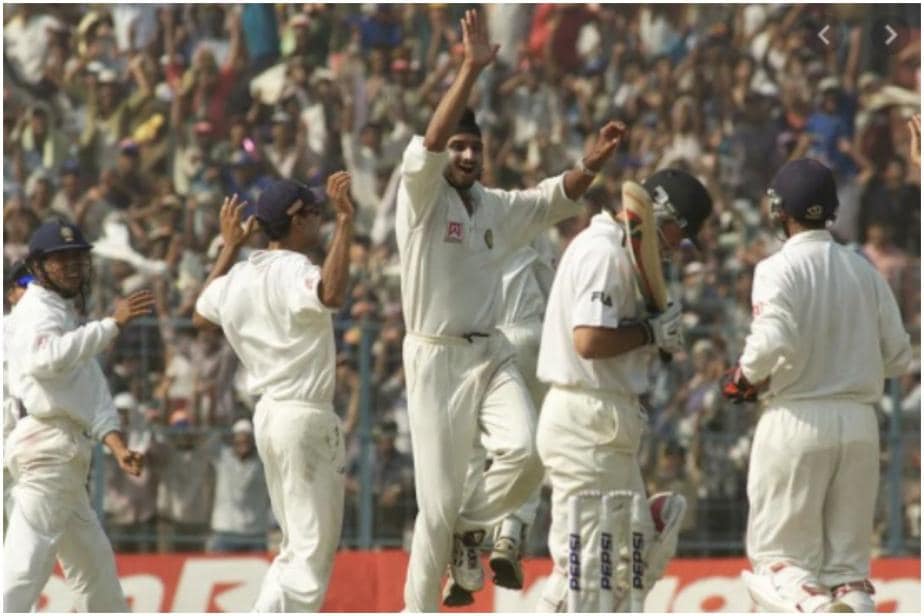 In an exciting battle between two rivals, it came down to the final day as India got the better of the mighty Australians to win the three-match Test series 2-1 in 2001. The star of the match for India was Harbhajan Singh, who claimed 15 wickets in two innings to help the team win the series decider by two wickets. Australia won the first Test match by a thumping 10 wicket history, but India bounced back to win the second Test by 171 runs in Kolkata and the final Test by 2 wickets.

In the third and final Test, Australia captain Steve Waugh won the toss and opted to bat first at the MA Chidambaram Stadium in Chennai. The visitors were off to a solid start as opener Matthew Hayden didn’t hold back and hammered the Indian attacking unit. The Aussie powerhouse went on to score his double hundred, which he scored in 315 balls. The task was given to Harbhajan to get rid of Hayden somehow and he finally did. Harbhajan dismissed Hayden for 203 runs, which consisted of 15 fours and 6 sixes. The Australian opener had a strike rate of 100.00 on being dismissed.

Adding to Australia’s tally was Mark Waugh (70) and brother Steve Waugh, who was going strong till he was dismissed for handling the ball. It was a huge conspiracy at the time, but the Australian captain was given his marching orders by the umpires. Harbhajan registered figures of 7/133 as Bhajji helped India bowl out Australia for 391.

Retaliating to the competitive score put on by Australia, the top and middle order contributed immensely as India went on to post a mammoth total of 501 before being bowled out. Leading from the front with the bat was Master Blaster Sachin Tendulkar, who score 126 runs. Contributing to India’s scores as well was Shiv Sundar Das (84), Sadagoppan Ramesh (61), VVS Laxman (65) and Rahul Dravid (81).

Trailing by 110 runs, Australia though they could get the job done, however, it was the Indian spinner who once again made the Australian batsman dance to his tunes. Harbhajan was on fire as the spinner claimed 8 wickets and helped India restrict the visitors to 264 in the second innings of the match.

The onus was now on the Indian batsman to win the series. But matters were not looking good after India lost their openers early. It was only Laxman, who managed to score 66 runs to put India in stable position, but the rest of the batsmen felt the nerves as the Australian bowling unit kept India at bay.

Coming to India’s rescue was Sameer Dighe, who’s valuable 22 helped India cross the line and win the Test match by two wickets. Despite the odds stacked against India, the Ganguly-led Team bounced back in style to win the Test series 2-1 and scripting another chapter in the history of Test cricket.