On This Day, January 4 1978: India's First Test Win in Australia

India beat a Kerry-Packer hit Australia by 222 runs in the third Test at the MCG in 1977-78 to record their first Test win Down Under. It was a historic moment for Indian cricket. 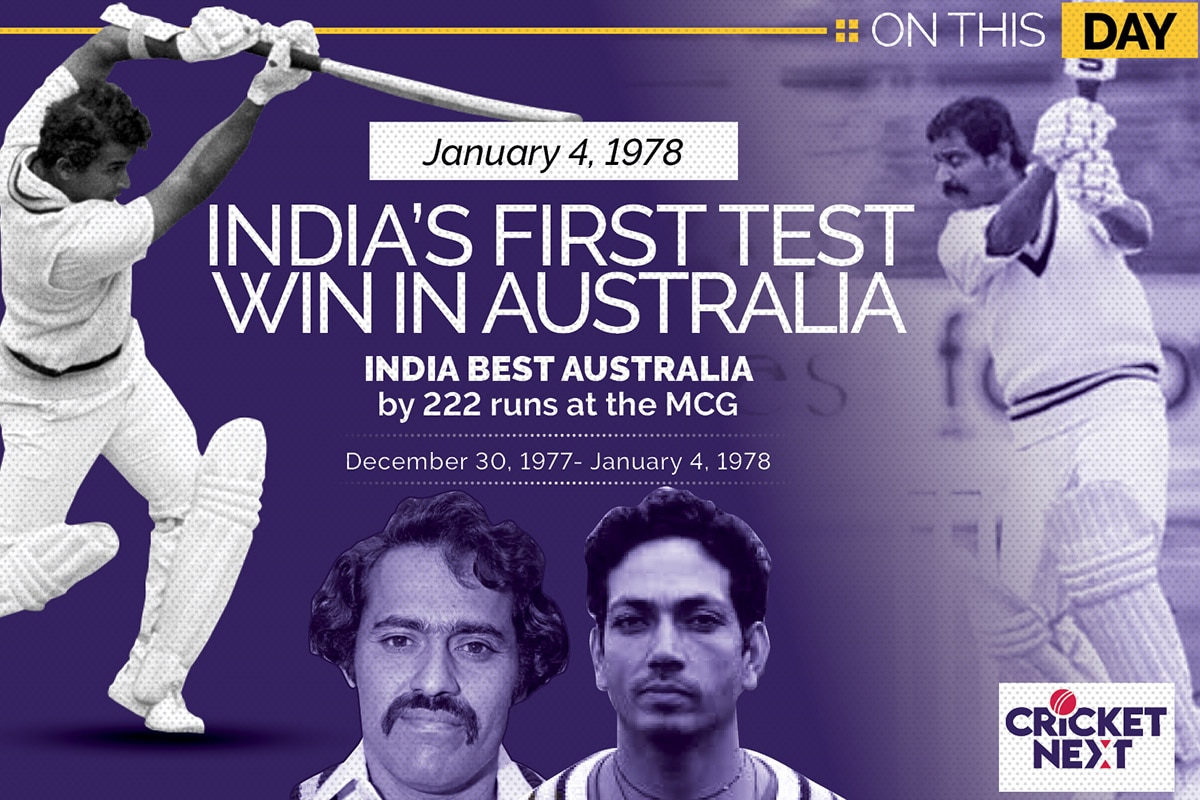 A Kerry Packer-hit Australia is 2-0 up in the five-match series with MCG the venue for the crucial third Test. India, electing to bat first had their back to the walls with both their openers - Sunil Gavaskar and Chetan Chauhan dismissed without scoring. The innings was resurrected by a 105-run third-wicket partnership between Gundappa Viswanath and Mohinder Amarnath. Both of them registered fifties and coupled with useful contributions from Dilip Vengsarkar and Ashok Mankad, India posted 256 in the first innings.

Australia lost two early wickets but Gary Cosier and Craig Serjeant put together a century stand for the third wicket and were taking the match away from India. The visitors needed a breakthrough. The maverick leg-break bowler, Bhagwath Chandrasekhar was their man! Chandra (as he was called) saw the back of Cosier and sent the Australian captain, Bob Simpson packing soon after. The hosts lost momentum and the innings was derailed. Chandra returned to pick 4 more wickets which included the prized scalp of Serjeant - the top-scorer of the innings with 85. Australia were bowled out for 213. India had a vital first innings' lead and the psychological advantage now in the match. Chandra (6-52 in 14.1 overs) had put India in the ascendency.

The batting, motivated by the performance of their bowlers, put up a better show in the second innings with Gavaskar leading the way with a defiant 118. Viswanath was again amongst the runs and scored his second fifty of the match. India were bowled out for 343 setting Australia 387. Chandra picked his second six-wickets in an innings in the match and along with Bishan Singh Bedi (4 wickets) bamboozled the Australian batsmen and cleaned the team up for 164.

India won by a massive 222 runs. It was a historic first win in Australia in 12 Tests in the country under the leadership of Bishan Singh Bedi.