Kapil Dev was the greatest Indian cricketer in the history of the sport. He is widely regarded as one of the all-time legendary all-rounders to have played the game. 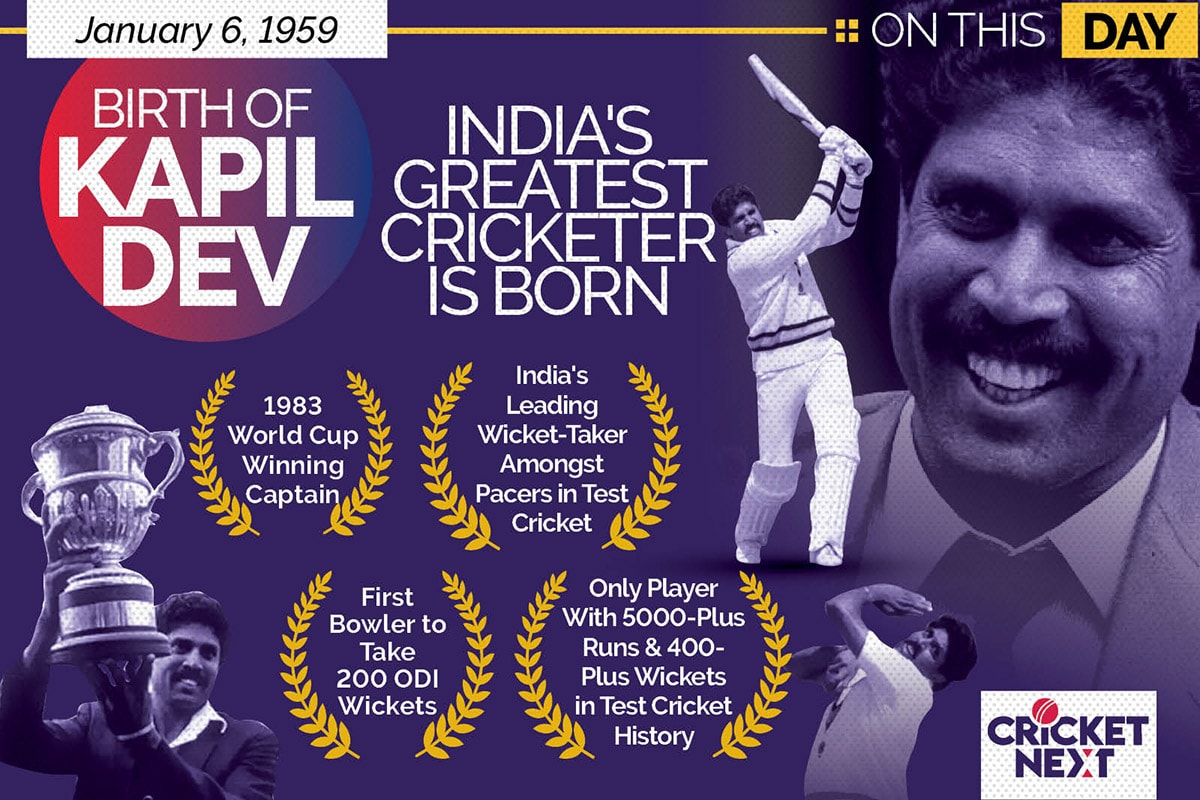 Kapil Dev was the greatest Indian cricketer in the history of the sport. He is widely regarded as one of the all-time legendary all-rounders to have played the game. Kapil led India to the historic World Cup win in 1983 - a moment and event that changed Indian cricket and India forever. He was also the first bowler to take 200 ODI wickets and was one of the most restrictive bowlers in the history of the format.

As he turns 62 on the 6th of January, we look at 5 numbers that stand out from his glorious career.

Kapil Dev is the only player in the history of Test cricket to achieve the unique double of scoring 5000-plus runs and picking 400-plus wickets. He ended his career with 5248 runs including 8 hundreds and 434 wickets at 29.64 a piece in 131 Tests.

Kapil Dev led India to a historic win in the 1983 World Cup in England. He was the Player of the Tournament and did not fail even once in the 8 matches he played in the competition. He was the fifth-highest run getter of the tournament with an aggregate of 303 runs in 8 innings at an average of 60.6 and more importantly at a strike rate of 108.99 – the second-highest (min. 100 runs) of the World Cup after Rod Marsh.

Also Read: Where Should Rohit Bat & Who Will He Replace and Is Thakur the Favourite to Replace Yadav in Sydney?

Kapil stood out for his ability to score tough runs under pressure (of fall of early wickets) at a high strike rate. No other innings exhibited this quality better than his 175 off just 138 deliveries against Zimbabwe at Tunbridge Wells. He was also phenomenally restrictive throughout the tournament as his economy rate of 2.91 indicated.

109: Only Test Hundred in a Win for India

Kapil Dev came out to bat at 156 for 5 in the first innings of the fourth and final Test against the West Indies in Chennai in 1988 and blasted a magnificent 109 off 124 deliveries with 18 boundaries. India made 382. A certain Narendra Hirwani then bagged 16 wickets on debut to hand India a famous 255-run series-levelling victory.