On This Day in Bengaluru in the 2011 World Cup, Kevin O'Brien smashed the fastest hundred in the tournament's history as Ireland caused one of the biggest upsets beating England by three wickets. 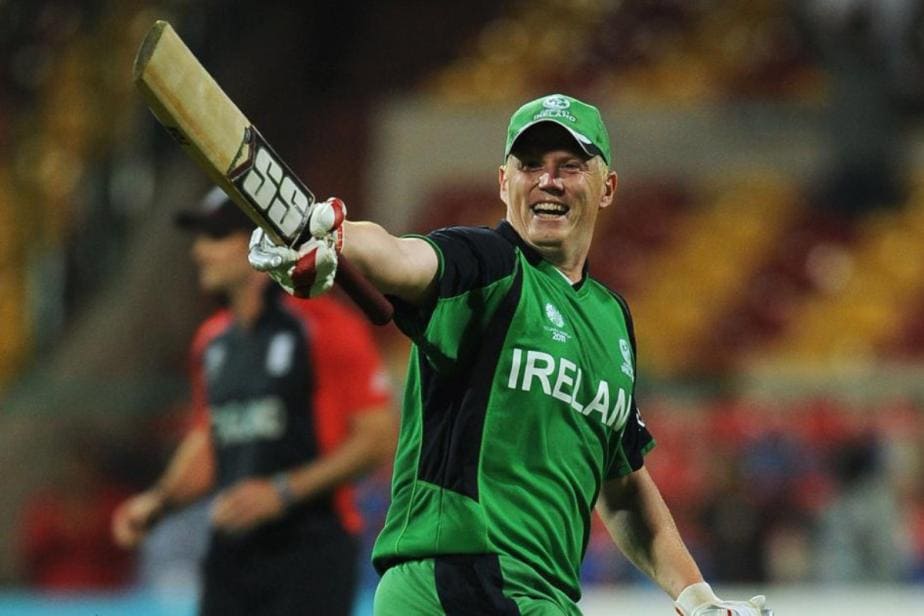 It was a David vs Goliath clash between Ireland and England in Bengaluru in the 2011 World Cup. But the historical rivalry between the two neighbours added that extra bit of spice in the contest. Andrew Strauss won the toss and elected to bat first. The England top order fired with Pietersen, Trott and Bell all registering fifties in quick succession. A score close to 350 was on the cards before Trent Johnston and John Mooney pegged things back for Ireland. Some quick wickets at the death meant that England were restricted to 327 for the loss of 8 wickets in their allotted 50 overs.

India vs England: ‘We Did Not Expect It to Spin as Early As It Did’ – England Spin Bowling Coach

Ireland lost their captain William Porterfield off the first ball of the chase to James Anderson. Paul Stirling and Ed Joyce steadied the ship before Stirling exited in the 10th over. Ireland lost a flurry of wickets and were staring down the barrel at 111 for 5 in the 25th over. No one gave them a chance. The odds were stacked heavily in favour of England. Most prediction meters had the Chance of Winning of England ranging between 95% to 99% at this stage in the match. But they had not taken into account the destructive prowess of a man named Kevin O’Brien.

Kevin, batting at number 6, then put on a show for the ages. He counter-attacked the likes of Anderson, Broad, Bresnan and Swann and unleashed his destructive stroke-play on the England bowlers. In a stunning display of batting, Kevin smashed a breathtaking 113 off just 63 deliveries hammering 13 fours and 6 massive sixes and left everyone at the Chinnaswamy Stadium spellbound.

India vs England 2021: From Viv Richards to Michael Vaughan – For & Against The Motera Pitch Stokes Up Fiery Debate

He put together 162 for the sixth-wicket with Alex Cusack whose contribution was a mere 47. Kevin was finally run-out in the 49th over but by that time with the team score at 317 he had already single-handedly won the match for Ireland.

Ireland went on to cause one of the biggest upsets in World Cup cricket history beating England by three wickets and five deliveries remaining. There were celebrations all across Ireland – it was one of the greatest moments in their sporting history! Kevin O’Brien had entrenched his name in the history books. He also broke a world record recording the fastest ever hundred (of 50 balls) in World Cup cricket – the record still remains intact!​