On This Day in 1952, the most destructive batsman in the history of international cricket was born at St John's in Antigua. Viv Richards was the batting genius in the greatest cricket team to have ever played the sport - the West Indies team under Clive Lloyd which dominated the game for close to 15 years from the late 1970s to the early 1990s. 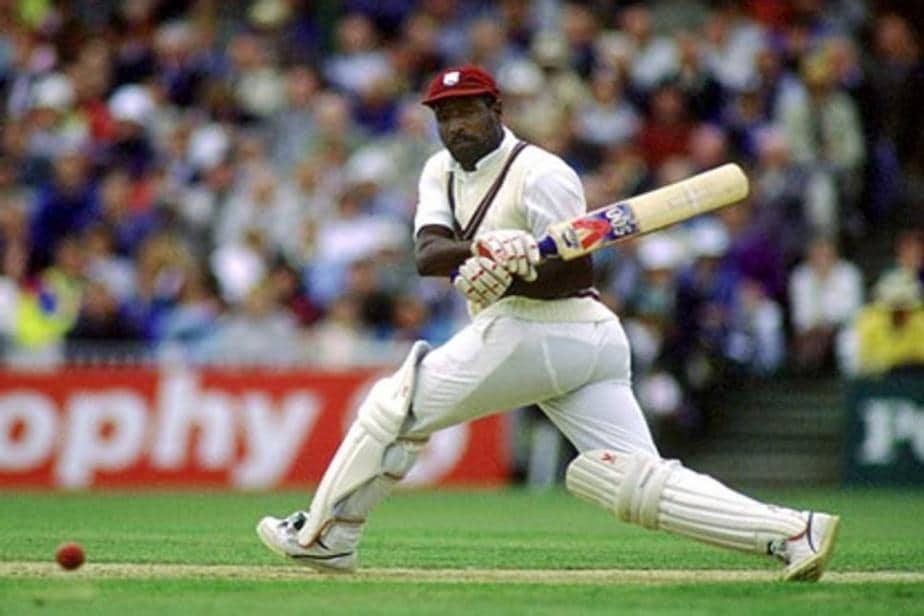 Viv Richards was the most destructive batsman in the history of international cricket. With his typical swagger he annihilated the best of bowling attacks all over the world during the late 1970s and 1980s. He was the batting genius in the greatest cricket team to have ever played the sport – the West Indies team under Clive Lloyd which dominated the game for close to 15 years from the late 1970s to the early 1990s. No batsman, past or present, has been feared more by the bowlers than the great Viv. He intimidated and forced into submission the best in the business by his fearsome batting.

On his 69th Birthday, we look at 5 standout numbers from his glorious career.

Richards is the greatest batsman in the history of ODI cricket. The only batsman who comes close is the incumbent Indian captain Virat Kohli. What made Richards the destructive batsman he was in the format was a combination of his high scoring and the rate at which he scored his runs. His Strike Rate of 90.2 was, by some country miles, the highest during his career – an indication of his dominance in the format. The second-highest on this count for a top 5 batsman was Zaheer Abbas with a strike rate of 84.88. The average strike rate of the top 5 batting positions during Richards’ career was 64.6 – showcasing that the genius from the Caribbean was in a league of his own!

The standard deviation of Richards’ strike rate from the norm of his times was as high as 24.75. This number ranges around 12 for both Sachin Tendulkar and Virat Kohli. Thus, in a nutshell one can say that Richards was twice as destructive during his times as Tendulkar and Kohli have been during their eras.

189: Richards’ Score in the Greatest ODI Innings of All-Time

From 11 for 2 which worsened to 83 for 4 and then 166 for 9, Richards hammered the most outrageous ODI hundred in the format’s history remaining unbeaten 189 off 170 deliveries against England in the first ODI of the Texaco Trophy at Manchester in 1984. It was the highest score in ODI cricket till 13 years before Saeed Anwar smashed 194 against India in Chennai in 1997. West Indies ended with 272 for 9 and bowled out England for 168.

Richards scored 86 runs after registering his century off just 58 deliveries at a strike rate of 148.28. He added 106 for the last wicket with Holding, who contributed just 12. It is still a world record! This innings was rated by Wisden as the greatest ODI knock of all-time. Richards scored 69.48% of the total runs scored by the West Indies in the match – it remains the highest percentage of team runs scored in a completed innings in ODI history! His individual score was more than two and a half times the collective score of the other West Indian batsmen.

Richards had a big-match temperament and raised his game on the biggest stage. He had a phenomenal record in World Cup cricket with an aggregate of 1013 runs in 21 innings at an average of 63.31 and strike rate of 85.05. His exploits included 3 hundreds and 5 fifties. He scored a magnificent unbeaten 138 off 157 deliveries even as the West Indies top and middle order crumbled around him in the final of the 1979 World Cup against England at Lord’s.

Richards was in devastating form against England in 1976 where he amassed 829 runs in 4 Tests (7 innings) at an average of 118.42 including three hundreds and two fifties. West Indies won the five-match series 3-0. The England captain, Tony Greig had stated that his team would make the West Indies ‘grovel’ prior to the start of the series. Richards showed England, their erstwhile Colonial Masters their place.

56: Number of Deliveries for the Second-Fastest Hundred in Test History

Viv Richards smashed the fastest hundred in the history of Test cricket off just 56 deliveries against England in the second innings of the fifth and final Test at his home ground at St John’s in Antigua in 1986. Richards remained unbeaten on 110 off 58 balls smashing 7 fours and as many sixes in his breathtaking knock. West Indies won the match and swept the series 5-0.

It remained the fastest Test hundred for nearly 30 years before Brendon McCullum blasted a 54-ball hundred against Australia at Christchurch in 2016.