On This Day: Viv Richards Hit a 56-ball Test Century vs England in 1986 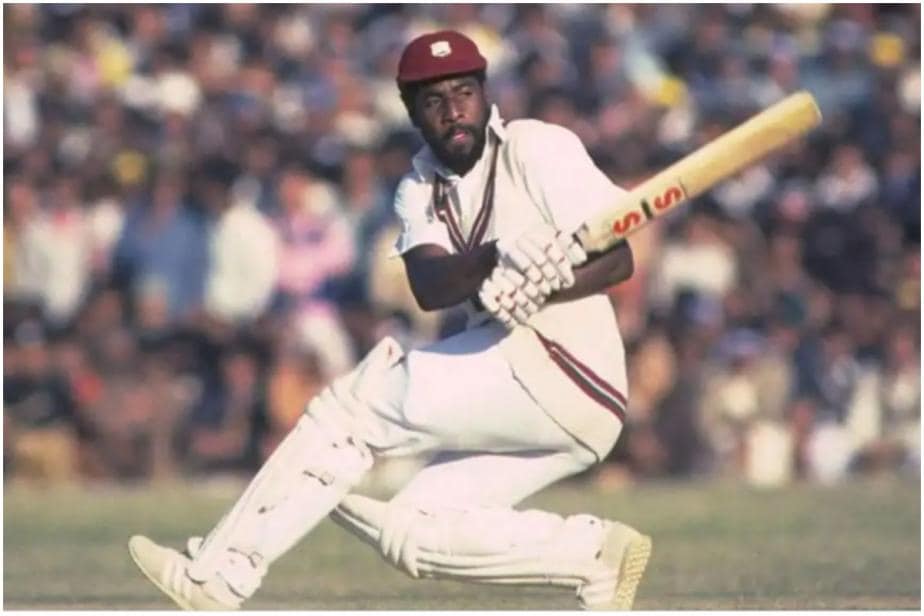 With the help of seven boundaries and seven maximums, Viv Richards reached the score of 110 in just 56 deliveries to propel his team to a total of 246 for 2

Sir Vivian Richards is renowned as the greatest batsman of all time. Throughout his cricket career, Richards played a lot of blistering knocks as West Indies dominated the world of cricket. However, one innings that stands out came on April 15, 1986, during the England tour of the West Indies. On that day, he played one of the greatest knocks in the history of Test cricket and made the rest of the world bow down to his greatness.

Entering the fifth match of the five-match Test series against England, West Indies were buzzing with confidence as they stunningly clinched the first four Tests and were hoping to clean sweep the English side in Antigua – the hometown of Richards.

The match commenced with English skipper David Gower winning the toss and inviting Richards & Co. to put the total on the board. On the back of an impressive ton by opening batsman Desmond Haynes, West Indies managed to put 474 runs on the scoreboard. Batting in the second innings, England’s batting order failed to live up to its reputation and ended up with just 310 runs.

For the hosts, the right-arm speedster Joel Garner was the pick of the bowler as he scalped four wickets while bowling at an economy of 3.13. With a decent lead of 164, West Indies batters were keen on quickly putting some more runs on the scoreboard to give proper time to the bowlers to bowl England out again.

West Indies got off to a good start in their second batting innings’ as the opening pair of Haynes and Richardson collected 100 runs. What followed after that was a complete masterclass as walking in at number 3, Richards played one of the greatest knocks of all time.

With the help of seven boundaries and seven maximums, the right-hander reached the score of 110 in just 56 deliveries to propel his team to a total of 246 for 2. The hosts easily won the game by a massive 240 runs as they bowled out England for 170 to complete the clean sweep.

During the course of the game, England bowlers couldn’t do much as Richards hammered both fast bowlers and the pacers all over the park. He also made a world record of smashing a ton in the purest format in just 56 deliveries. The record stood for 30 long years but in 2016, New Zealand’s Brendon McCullum completed his hundred in just 54 balls to go past the West Indies legend.