Home » Cricket Home » News » Varma: What Virat Kohli Should Consider About the Machinery of His Brain
8-MIN READ

Varma: What Virat Kohli Should Consider About the Machinery of His Brain

George Bernard Shaw once wrote a play called Man and Superman. You could steal that title and use it for a film on Virat Kohli’s life right now. As a batsman, he is in superhero territory: he plays every match on a different, easier pitch than his colleagues do, and has established himself as an all-time great. English conditions were once held to be his Kryptonyte, but he’s put that to rest with his sublime batting in this series. Leaving aside costume requirements—he still wears his underwear inside his pants—he is every bit a batting superhero.

George Bernard Shaw once wrote a play called Man and Superman. You could steal that title and use it for a film on Virat Kohli’s life right now. As a batsman, he is in superhero territory: he plays every match on a different, easier pitch than his colleagues do, and has established himself as an all-time great. English conditions were once held to be his Kryptonyte, but he’s put that to rest with his sublime batting in this series. Leaving aside costume requirements—he still wears his underwear inside his pants—he is every bit a batting superhero.

Kohli is also the captain of his side, though, and in that avatar is just a frail human. India was walloped in South Africa earlier this year, and just lost the fourth Test in England to go 3-1 down. Both these opponents were themselves far from at their best, and the decisions Kohli made as captain have gotten much of the flak for these defeats. Especially selectorial decisions: Why Rohit Sharma over Ajinkya Rahane at the start of the South African series? Why drop Cheteshwar Pujara in the first Test in England? Why persist with Hardik Pandya when he doesn’t seem to bring enough value with either bat or ball?

I agree with some of those criticisms, but not others, and I feel the critics may be making a mistake by being too results-oriented — I’ll elaborate on that in my next column. It is certainly true, though, that while Kohli has transcended his human limitations when it comes to the skill of batting, he hasn’t done so when it comes to decision-making as a captain. Like all of us, he has a flawed machine inside his skull, with modules that evolved as features in prehistoric times, but which are bugs now. There are cognitive biases and flawed heuristics that can lead us astray in our decision-making, and I’ll try to address some of them in this piece. Note that while I will cite examples of specific decisions, I am not taking a position on any of them here. Maybe they were good decisions unfairly criticized; maybe they were bad ones; maybe we will never know. I am just going to lay out some of the traps that anyone who selects a cricket team can fall into—and these apply to all of us, in everything we do. Do they apply to Kohli? That is something for you—and him—to think about.

First up, there is the Availability Heuristic, which is defined as “a mental shortcut that relies on immediate examples that come to a given person’s mind when evaluating a specific topic, concept, method or decision.” There are various ways this can play out. Number one, when a captain speaks up in selection meetings, he is likely to favour players he has actually seen up close, as opposed to those who have performed as well but he hasn’t seen so much of them.

This could lead Kohli, for example, to be more likely to bat for players whose qualities he knows personally from teams he has played for, like RCB. Or it could lead to the Status Quo Bias, where he opts to stick with players he is familiar with, rather than take a risk on the relatively unknown. This can also come from the Ambiguity Effect, “a cognitive bias where decision making is affected by a lack of information.”

Kohli is not the sole selector, of course, and you could argue that they often pick fresh talent from the IPL more than from domestic cricket because the IPL is much more in the spotlight. Domestic first-class cricket is supposed to be the feeder system for Test cricket, and by that logic, you’d imagine Mayank Agarwal, with his prolific performances in the Ranji Trophy, would be in the Indian squad. Could his absence be because he had a mediocre IPL, and the Availability Heuristic kicked in?

All humans give in to the Narrative Bias, “our tendency to make sense of the world through stories.” This is actually a necessity, for how else can we navigate a complex world, but we must beware of getting wedded to a false narrative. For example, let’s say that Kohli decides that Rohit Sharma has too much talent to be left out of the Test side, plays with the correct intent, and must be persisted with. (I’m not expressing a view on the merit of this particular narrative, just using it as an example, since it’s a common criticism of Kohli.) Once Kohli has picked this narrative, he is wired to ignore all evidence against it, and consider only all evidence that supports it. This is called the Confirmation Bias, defined as “the tendency to search for, interpret, favour, and recall information in a way that confirms one’s pre-existing beliefs or hypotheses.” You see this all the time among political and ideological tribes on Twitter. In the context of our example narrative, it could mean that every time Rohit (derisively and unfairly called ‘NoHit’ by his detractors) does well, Kohli says, Ah, I knew it all along, and every time he fails, Kohli shrugs it off as an aberration. It becomes easy to do Post-Purchase Rationalisation, and explain Rohit’s failures by citing small sample sizes – which is a reasonable argument in its own right.

A related tendency is the Backfire Effect, which is “the finding that, given evidence against their beliefs, people can reject the evidence and believe even more strongly.” So, if Rohit makes a quick cameo and gets out, that could actually strengthen Kohli’s belief rather than weaken it. The Endowment Effect may have something to do with it. This is “the hypothesis that people ascribe more value to things merely because they own them.”

In this case, Kohli would own the decision to persist with Rohit, and it would seem better to him than it actually is. Here are some other biases that could apply to this narrative. The Ben Franklin Effect: “a proposed psychological phenomenon [that] a person who has already performed a favour for another is more likely to do another favour for the other than if they had received a favour from that person.” The Semmelweis Reflex: “a metaphor for the reflex-like tendency to reject new evidence or new knowledge because it contradicts established norms, beliefs or paradigms.” Do consider also the Optimism Bias and the Ostrich Effect, which I hardly need to define.

Another factor that comes into play when sticking with a bad decision is the Sunk Cost Fallacy, which can also be described as Escalation of Commitment. This is “a human behaviour pattern in which an individual or group facing increasingly negative outcomes from some decision, action, or investment nevertheless continues the same behaviour rather than alter course.” An everyday example of this: we buy a ticket to watch a movie, hate the first half, but don’t walk out at the interval because hey, the money we spent on the ticket will be wasted. The correct approach is to view the ticket money as a sunk cost, and optimise our enjoyment in the time to come. But no, there is this fallacy. This might also lead to The Gambler’s Fallacy: “The mistaken belief that, if something happens more frequently than normal during a given period, it will happen less frequently in the future.” An example: you flip an evenly weighted coin three times, and each time, it lands on ‘tails.’ So you feel that ‘heads’ is ‘due’, and the next one will surely be ‘heads’. (The probability remains 50% for any individual spin of the coin because coins don’t have a memory). Similarly, a batsman’s chances of succeeding in the next innings are what they are: past failures does not mean that a success is ‘due’.

Kohli might also suffer from the Curse of Knowledge: “A cognitive bias that occurs when an individual, communicating with other individuals, unknowingly assumes that the others have the background to understand.” Is it possible, for example, that he unfairly expects less talented players like Pujara and Rahane to bat at a similar strike rate to him because he himself knows how to bat at a healthy momentum, and has the skill to do so? 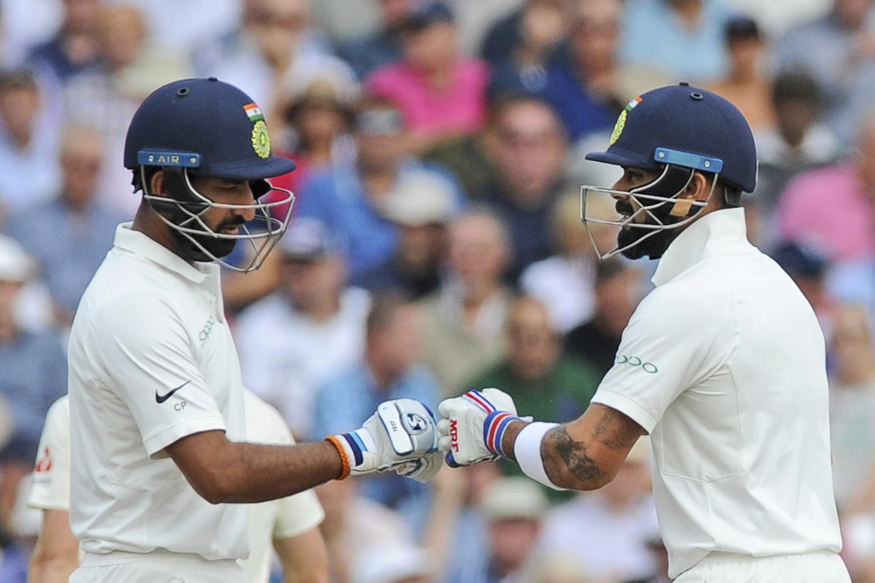 Even if he does, his teammates are unlikely to dissent too much, which might lead to the False Consensus Effect: “The tendency for people to overestimate the degree to which others agree with them.” This would ensure that he gets no negative feedback from within the team. What about from outside? Well, Indian captains have a tradition of ignoring the media, which a smart thing to do these days given the quality of it. But could Kohli also be giving in to the Hostile Attribution Effect: “The tendency to interpret others’ behaviours as having hostile intent, even when the behaviour is ambiguous or benign.”

I could go on forever, but you get the drift. The purpose of this piece is not to criticize Kohli, or even the individuals mentioned in the example, such as poor Rohit/NoHit, who was finally removed from the Test side when it all got too much. We are all hardwired with these cognitive biases. We would all improve our decision-making if we were aware of them. Our quest as humans, always, is to transcend ourselves. Kohli has done this as a batsman, and I hope he manages to do it as a captain.