Our Batting in the Final ODI Was Frustrating, Says Kane Williamson

A win would have been made history for the Black Caps, who have never beaten India in a bilateral series at home earlier in four contests. 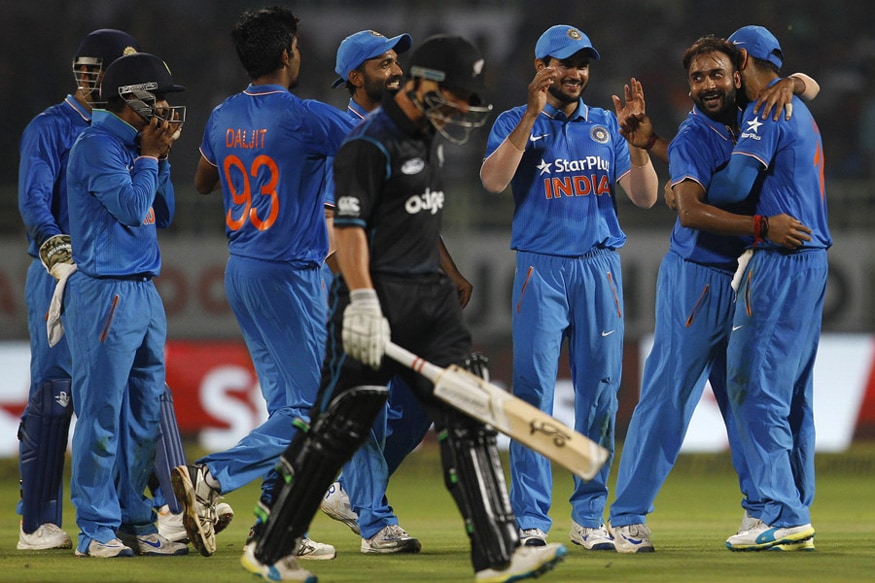 Visakhapatnam: Bruised and battered by India after being bundled out for a meagre 79 while chasing 270 in the series-deciding fifth and final ODI here, New Zealand skipper Kane Williamson termed the performance of his batting department as "frustrating".

Williamson said the Kiwi batsmen did not justify to lose eight wickets for just 16 runs.

"That's what's so frustrating, because we failed as a batting unit. The spinners of the Indian side bowled very well but I don't think it is justified to lose 8 wickets for 16 runs. We need to look at some of our plans. There was turn in the pitch in some other games too but we were able to handle it better then," Williamson said after their massive 190-run defeat in the fifth and final ODI.

Unfortunately, sometimes the biggest, brightest lessons come from failures and defeats. I certainly hope to learn from here. It was extremely a good effort to take it to the fifth ODI but sitting here after all that, it's frustrating. The better team certainly won today.

"We certainly weren't good today. No excuses. India were just the better side. They were consistent throughout the series," he added.

Ranked ahead of India by one rung, world no. 3 New Zealand showed resilience to bounce back after a 0-3 whitewash in the Test series as they had leveled the five-match ODI rubber 2-2 with a 19-run win in Ranchi.

"Yeah, it's extremely disappointing. You know, after a tough Test series to bounce back and show the heart that was required, the fight that we needed to go 2-all against a very good Indian side, was a superb effort," Williamson said.

"They got above-par initially with the bat on a tough surface. There are certainly no excuses from our end, we were extremely poor with the bat today," he said.

A win would have been made history for the Black Caps, who have never beaten India at home earlier in four contests.

The Kiwi skipper said it's all about regrouping after going back home when they host Pakistan for two Tests before a packed ODI calendar involving Australia, Bangladesh, South Africa and the Champions Trophy in June next year.

"Yeah, it's tough to say at the moment. We're going to go back home and play in very different conditions. At the moment we want to reflect on our performance here. We were somewhat disappointing, barring a couple of games. We want to be showing steps of improvement everyday," Williamson said.

He further credited India for setting up a challenging 270-run target on a tough batting surface at the Dr YSR ACA-VDCA Cricket Stadium here.

"Ideally we would've liked to have restricted them to much less. The way the put together partnerships on a pitch that was slow was a very good effort. They kept going at 5 runs an over on this pitch, they certainly deserved to win. They were fantastic," he said.