The manner in which he got out was so bizarre and funny, it is going viral on social media. The incident occurred in the 26th over of the innings, when facing Sikandar Raza’s delivery 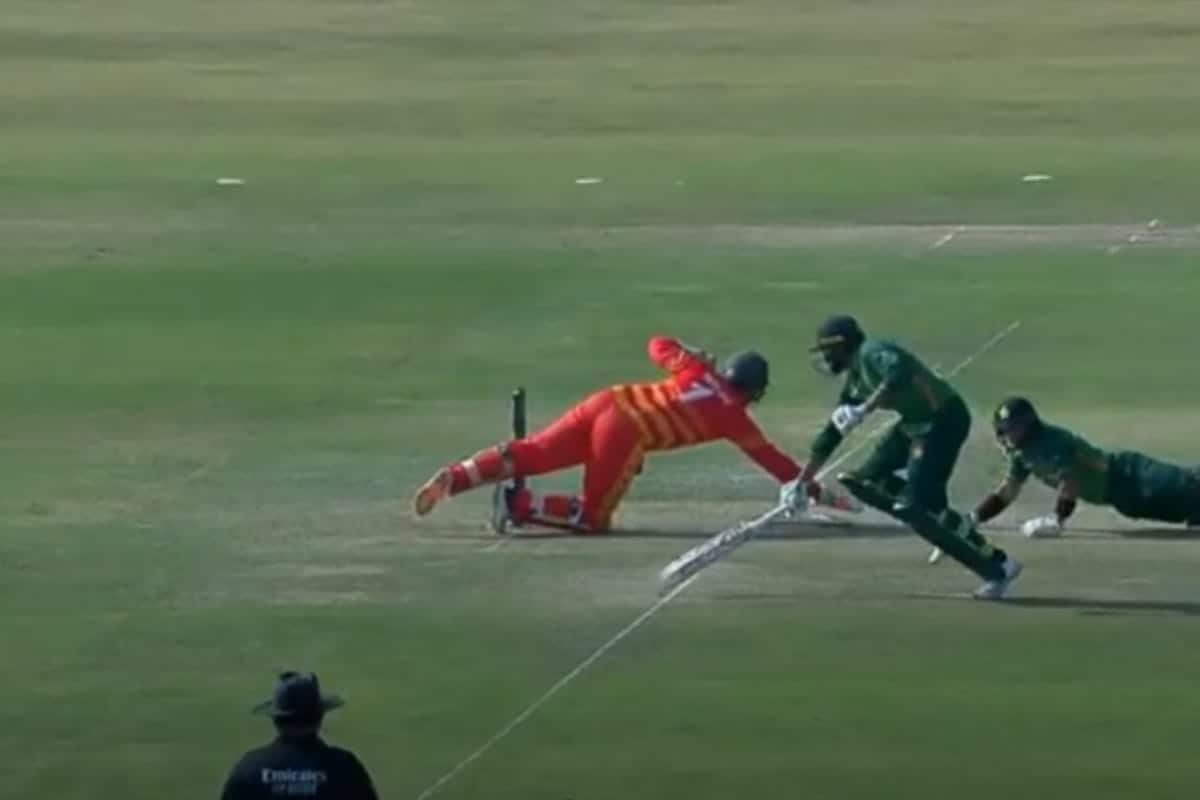 In the first ODI between Pakistan and Zimbabwe, Imam-ul-Haq opened for his side in the first innings and was having a good time as he scored a fine half-century. But the manner in which he got out was so bizarre and funny, it is going viral on social media.

The incident occurred in the 26th over of the innings, when facing Sikandar Raza’s delivery, Imam steered the ball towards the backward point. He did not pay attention to his partner Haris Sohail, who ran to sneak a quick single, and kept his eyes fixed on the fielder. A few feet away from the wicket, he realised he could not complete the run and ran backwards. At this point, both Pakistani batsmen were in the same direction and Imam dived to reach the crease. But that couldn’t save him and Zimbabwe got an easy one.

What’s funnier was that Imam continued to lie down on the pitch for quite some time, probably trying to make sense of what had just happened.

Watch the bizarre run out here:

Pakistan went on to put up a total of 281 in 50 overs. Imam’s 58 runs off 75 balls gave his team a good start. Left-handed batsman Haris Sohail scored 71 off 82 deliveries, highest for his side. Chasing the target, Zimbabwe were restricted to 255 as they lost all wickets with two balls remaining. Pakistan won the match by 26 runs. Player of the Match award, however, went to Zimbabwe’s Brendan Taylor, who played alone warrior scoring a superb 112 run off 116 deliveries.

Imam’s run out was definitely one for the highlights as the video has gone viral and has attracted several funny reactions.

One user called it a proud moment.