The Afghan star has played 62 matches in the IPL and has scalped 75 wickets. 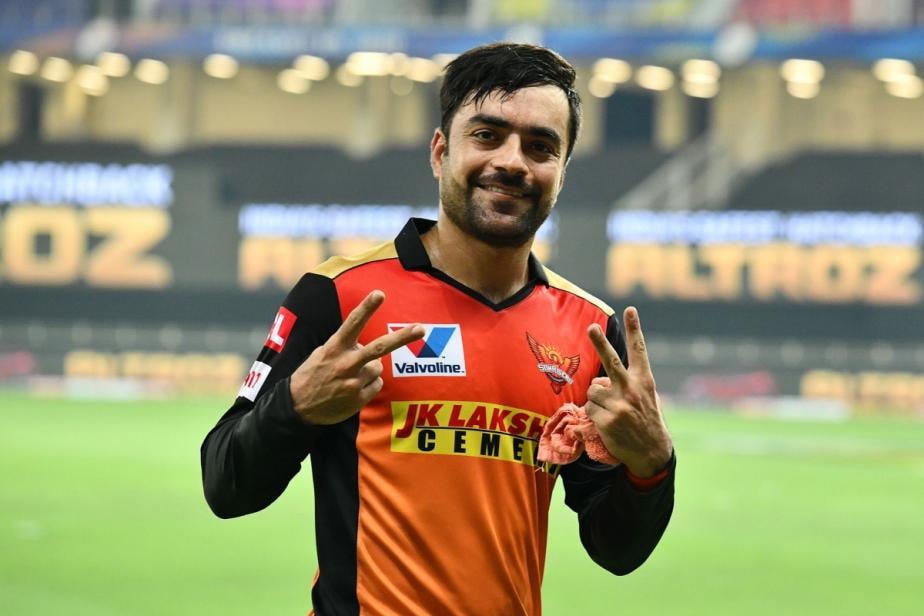 Afghanistan’s talismanic leg-spinner Rashid Khan has not only emerged as the best for his national side, but also as one of the most reliable players in the shortest form of the game for several franchises globally. The 22-year old is one of the best spinners of the white ball in the world and is considered as T20’s go-to man.

The prolific wicket-taker has made a name for himself and has an enviable record to show, beingvery handy with the bat as well. The right-hander has also improved his batting skills and has often displayed his all-round performance in T20 leagues. The Afghanistan star is currently playing in the Pakistan Super League (PSL) 2021 and once again, he gave a glimpse of his batting prowess with a match winning six in the Lahore Qalandars vs Peshawar Zalmi T20 match.

Earlier in the match, Khan bowled an economical spell of four overs, leaking just 14 runs for the Qalandars. However, batting at number eight, the maverick spinner scored a quickfire and unbeaten 27 runs off 15 deliveries aided by Mohammed Hafeez’s unbeaten 33 to take their side over the line while chasing a modest 141-run total set by Peshawar Zalmi.

Khan played a mini helicopter shot to slam a six against pacer Amad Butt in the 19th over and score the winning runs for the Qalandars’. His blistering shot caught the attention of the cricketing world after it was shared online on PSL’s official Twitter handle. PSL captioned their tweet as, "SO STYLISH," and ithas garnered over 5.5 lakh views, close to 9,000 likesand hundreds of user reactions on the microblogging site since Sunday.

However, Khan received a surprise fan comment in the form of former England Women’s team star Sarah Taylor replied and asked Khan to teach her the way to play it.

Khan also responded to her and replied that he would surely teach her.

Meanwhile, Khan has so far played in 48 T20Is for his country and picked up 89 wickets. Even in the Indian Premier League (IPL), he has emerged as a vital player for SunRisers Hyderabad (SRH). The Afghan star has played 62 matches in the IPL and has scalped 75 wickets.

Whereas, Taylor is one of the most decorated batswomen in women's cricket history and one of the finest wicket keepers to have graced the game. She represented her country in 10 Tests, 126 ODIs and 90 T20I’s. Standing second on England Women’s all-time list of run-scorers, Taylor has amassed 4,056 runs in the limited overs format, while in the shortest format she scored 2,177 runs. She announced her retirement from international cricket in 2019.