Back to News18
Home » Cricket Home » News » Quaid-e-Azam Final Goes Down to the Wire, Ends in Tie; Enters History Books

Quaid-e-Azam Final Goes Down to the Wire, Ends in Tie; Enters History Books

This is the first time in its history that Quaid-e-Azam Trophy had no clear winner. This is also the first time any domestic competition anywhere in the world got tied. 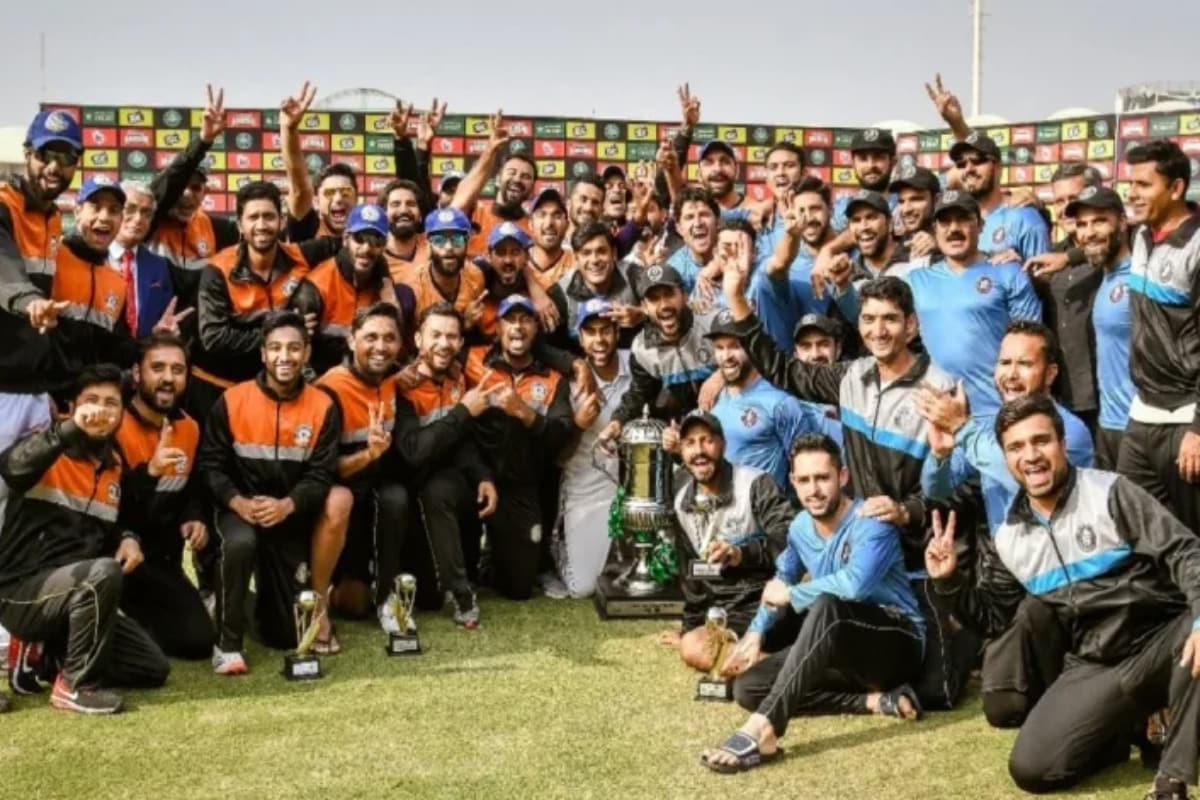 Pakistan's premier domestic cricket tournament the Quaid-e-Azam Trophy has ended in a stalemate. Yes the final of the tournament was tied and both the teams remained inseparable. Playing for Central Punjab pacer Hasan Ali slammed 106 unbeaten runs but failed to take his side home. Meanwhile this is a first time any domestic tournament anywhere in the world has ended in a tie.

Central Punjab were chasing 356 for a win and they were 140/2 when the final day began. Things were looking great before a middle-order collapse reduced them to 179/5. 179 for five subsequently became 249 for eight and from here on Hasan Ali slammed 61-ball 106 to engineer one of the biggest turnarounds alongside Safi Abdullah who scored 35 off 23 balls.

But then number eleven Waqas Maqsood holed out to Kamran Ghulam at mid-on and with that Central Punjab had to share the trophy with Khyber Pakhtunkhwa. This is the first time in its history that Quaid-e-Azam Trophy had no clear winner. This is also the first time any domestic competition anywhere in the world got tied.

Earlier former Pakistan women's captain Sana Mir was diagnosed with Coronavirus while commentating in Quaid -e-Azam Trophy. Mir, who retired from international cricket last year, has been removed from the commentary team and kept under isolation, the source said.

The other members of the commentary panel also underwent COVID-19 tests in Karachi as they were in close contact with Mir. The final match, which started on Friday, is being played at the National Stadium in Karachi between Central Punjab and Khyber Pakhtunkhwa.

The 34-year-old Mir has played 226 internationals, including 137 as captain from 2009 to 2017, during her glittering 15-year cricketing career. She also captained Pakistan to a gold medal win at the Asia Games in 2010 and 2014. After retirement, Mir has been involved as an expert and commentator in domestic events and the Pakistan Super League. The Pakistan Cricket Board has been enforcing strict health protocols with the players, support staff and umpires living in a bio-secure bubble at their hotels.