Former Australia opener Matthew Hayden feels Ravichandran Ashwin's stats are "simply phenomenal" but Harbhajan Singh in his prime had to shoulder more responsibility since he did not have the fast bowling support which the Tamil Nadu tweaker gets. 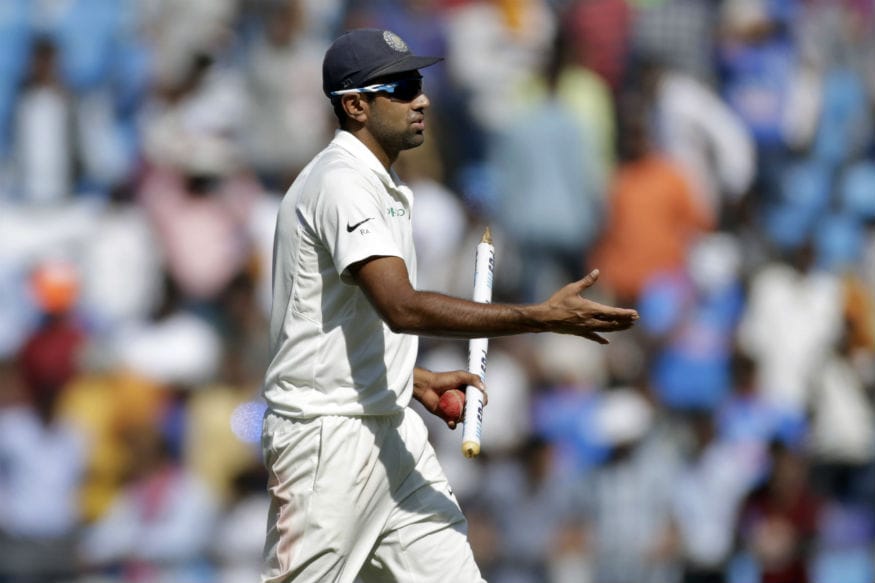 New Delhi: Former Australia opener Matthew Hayden feels Ravichandran Ashwin's stats are "simply phenomenal" but Harbhajan Singh in his prime had to shoulder more responsibility since he did not have the fast bowling support which the Tamil Nadu tweaker gets.

Ashwin recently broke Dennis Lillee's record to become the fastest bowler to 300 wickets in 54 Test matches. Hayden had faced Harbhajan in his prime and also watched young Ashwin from close quarters during his days with Chennai Super Kings.

"I think stats often lie but having said that, some of the milestone show remarkable respect to Ravichandran Ashwin, who is fastest to 300 wickets in Test cricket. Even if he (Ashwin) plays for another five years, he would be remembered as one of the greats of his generation. His skill-set, like Harbhajan, is masterful but he is probably not as attacking off-spinner as Harbhajan was, Hayden told PTI during an exclusive interview today.

He put the comparison in context by taking into account the kind of bowling attacks these two had for support.

"But then Ashwin doesnt really need to be as attacking as Bhajji. His role within this side is well-defined by a slightly better fast bowling attack (as support cast) than what my generation was facing. You line-up Bhuvneshwar Kumar, Mohammed Shami, Ishant Sharma, Umesh Yadav and put Jasprit Bumrah into the mix with Jadeja as the second spinner as well. So Ashwin is playing his role and doing it successfully, Hayden explained.

Harbhajan I thought in his era was 'the dominant bowler' especially against Australia so if Bhajji wasn't taking wickets, India were in trouble. I don't think Venkatesh Prasad was a wonderful Test match bowler. I think Harbhajan was the lone role maker.

"With due respect, Zaheer Khan or Javagal Srinath were wonderful bowlers but I think they were less of a threat compared to guys that are there now, Hayden said.

However, when asked to compare Virat Kohli and Steve Smith, the former opener with more than 8000 Test runs and 30 hundreds said that both are destined for greatness in their own way.

"Kohli, Smith, Joe Root and Kane Williamson are vastly different players and good thing about all these guys is that each one of them is stepping on greatness in their own unique ways along with Cheteshwar Pujara and his Rahul Dravid like approach to Test cricket, the burly Queenslander said.

"Williamson's back-foot play and ability to play the ball late in all conditions is something we haven't seen in modern players. Kohli's cover drive and ability to attack bowlers with quality running between the wickets and the manner in which he plays spin is unique.

"Now come to Smith with his unorthodox back-and-across type of approach with that technique you might say he should not have achieved anywhere near what he is. The reality is that High Performance coaches should understand that there is not one right technique, most of it is between your left and right ear. These guys are great players as in their heads, they have got it spot on.

Quiz him on an imaginary battle between Kohli and Glenn McGraths probing off-stump line, Hayden said," he would have found a way I think like all great players do."

"You can cast shadow over technique and everyone has their own flaws but reality is that they overcome those deficiencies with application and commitment. So Kohli would have done fine against Glenn I think."

Kohli has had his share of struggles in the English conditions and Hayden feels that he can connect with Kohli because England was one country where he never found his mojo until his last tour when he got a century at the Oval.

"Having a moderate season in conditions like England (in 2014) might have been a good thing for Virat. He has learnt probably what he has to do next time round. I was in same boat as well as I was scoring 1000 runs in County cricket in England but during Test matches, I had a certain role to play.

"Well, it didn't get me results in England, right through my career. It was one venue where I battled a bit because I too had an attacking strategy like Virat. He loves to hit the ball like all Indian players do. But in England, you have to leave the balls, build runs and hence wise the Pujaras or the Rahanes do well because, they leave a lot of deliveries. Its a different mindset, he said.