R Ashwin Never Settles for Mediocrity, Lucky to Interact With Him: M Ashwin

Tamil Nadu legspinner M Ashwin lauded his namesake R Ashwin, with whom he has shared plenty of his cricketing journey, 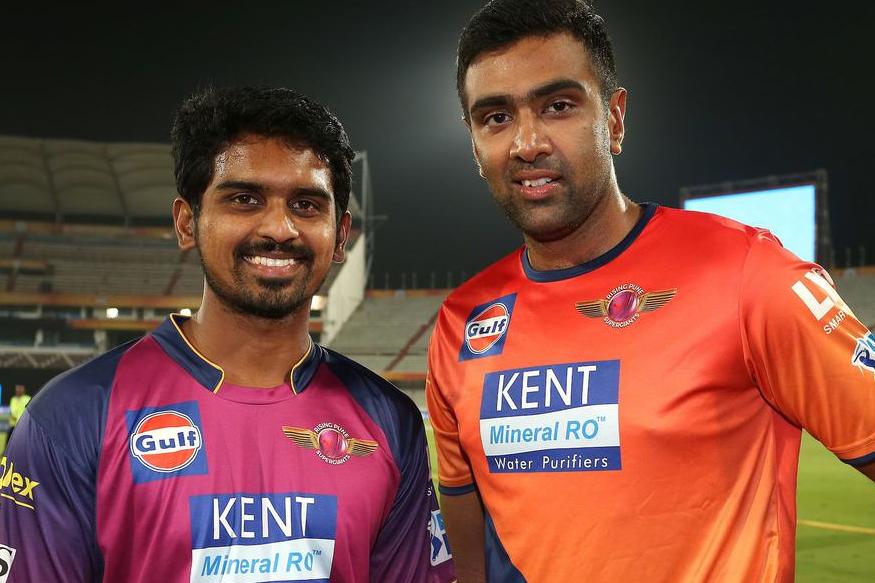 Tamil Nadu legspinner M Ashwin lauded his namesake R Ashwin, with whom he has shared plenty of his cricketing journey, for pushing him to reach greater heights.

Apart from Tamil Nadu, M Ashwin played with the senior Ashwin in Rising Pune Supergiant and Kings XI Punjab before the latter was released by the Punjab franchise for the IPL 2020.

"I have learnt a lot from him. He’s a legend of the game. I’ve been fortunate to interact a lot with him. He is someone who keeps pushing you. He never likes to settle down [for mediocrity] and keeps pushing to get the best out of you. In that sense, it is very good to have someone close to you, someone who really cares for you and wants you to do well, and is also honest with his feedback. It’s very good to have someone like him around," M Ashwin said during the chat show Homerun with AV with sports commentator Arun Venugopal on his YouTube channel Gethist Creative.

The conversations between the Ashwins extend beyond the cricket field, where they have plenty in common as well.

The other thing in common between the two Ashwins is their education: both studied in the same engineering college in Chennai. The junior Ashwin even contemplated writing the GRE and heading to United States of America, but ended up choosing cricket as his profession.

"Up to that point, I had one leg in cricket and another in academics, and I wasn’t sure as to what to do. That’s when I decided to concentrate on cricket completely and give myself a few years. I thought if it didn’t go well, I could probably do something else. But I really wanted to do it because I had started playing cricket early and had represented the state. Since I thought I could do well in cricket, I thought I could give it a shot and focus on it completely after completing my engineering. I think I have tasted success till now. I am glad I made cricket my profession."

The choice helped him go for Rs. 4.5 crore in the IPL auction in 2016 when he was bought by the now defunct Pune franchise. M Ashwin remembered the auction process.

"I was very fortunate to have gone for a big price in my first IPL auction," he said.

"I was watching the auctions with my father, while my wife was with her cousins. Definitely, she was very happy about my being picked in the IPL and was emotional about it. The thing is [before the auction started] I had wanted to spend the day alone, so I had asked her to leave me alone. That’s why she went to her cousin’s place.”

"I think my name came up late in the evening. I was really hoping to get picked, because I did have a good Syed Mushtaq Ali tournament.

"I had gone to various other trials and had also done well there as well. So, my expectations in that auction were really high, so I was a bit tense as well. When my name came out and I was picked, I was really happy about it. My wife knows the journey I have undergone, so she was very happy about it. That’s why she was a bit emotional."